Look To The Future

Charting the Next Creative Capital

No matter the craft or industry, every creative has—at least for a fleeting moment—had a specific mecca to set their sights on: a place that somehow represents the fulfillment of a dream, a place that holds promise and possibilities as well as resources that are an accessible commodity. A creative capital in essence.

For the fashion and design world, those cities have largely been defined for decades. London, New York, Paris, and Milan—the longtime strongholds of the industry; hosting fashion weeks, universities, and active members of the fashion community. But there’s a shift happening that is impossible to ignore. In fact, it’s imperative we pay attention. Creatives are moving—leaving behind the cities they once called home; the same cities that bolstered up the industry they strive to thrive in.

This shift isn’t unexpected. There has been a decentralisation of creative capitals over the past several years as artists of all types move elsewhere. Buttressed by technology and the changing culture in which locality and permanency is not required, creatives now have the capabilities to further perfect and succeed in their craft elsewhere. There is this new world order where all designers are communicating digitally. From self-promotion and marketing to inexpensive yet well-produced fashion films and media, the digital landscape has opened up a new realm of accessibility and globality.

And whether designers are leaving cities due to high rent prices or simply want to live and work in an uncontaminated space free of constant comparison and saturation, the ecosystem of creative capitals has seen a genuine change, leaving many to be asking: which city is next? The design cities of the future need to capture what so many creatives are craving—affordability, access, and the start-up spirit that pushes innovation and progress. It’s about heading towards places that offer up new opportunities, push you out of your comfort zone, and even scare you a bit. Because that’s where creativity truly has a space to thrive.

Other cities are trying to crack the code, to welcome in artists and inventors of all kinds—a prime example being Los Angeles.

As a rapidly growing design community, there’s an amalgamation of entertainment, design, tech, and so much more, making LA a potential archetype for what future design cities can hold. There are programs like LA Original, which was created in the Los Angeles Mayor’s Office and supports MAKE IT IN LA, a non-profit organization that is meant to connect the LA community of makers to help them scale their businesses—an initiative that NJAL has been deeply involved in, helping to spur conversations and action around designers and manufacturers in LA. 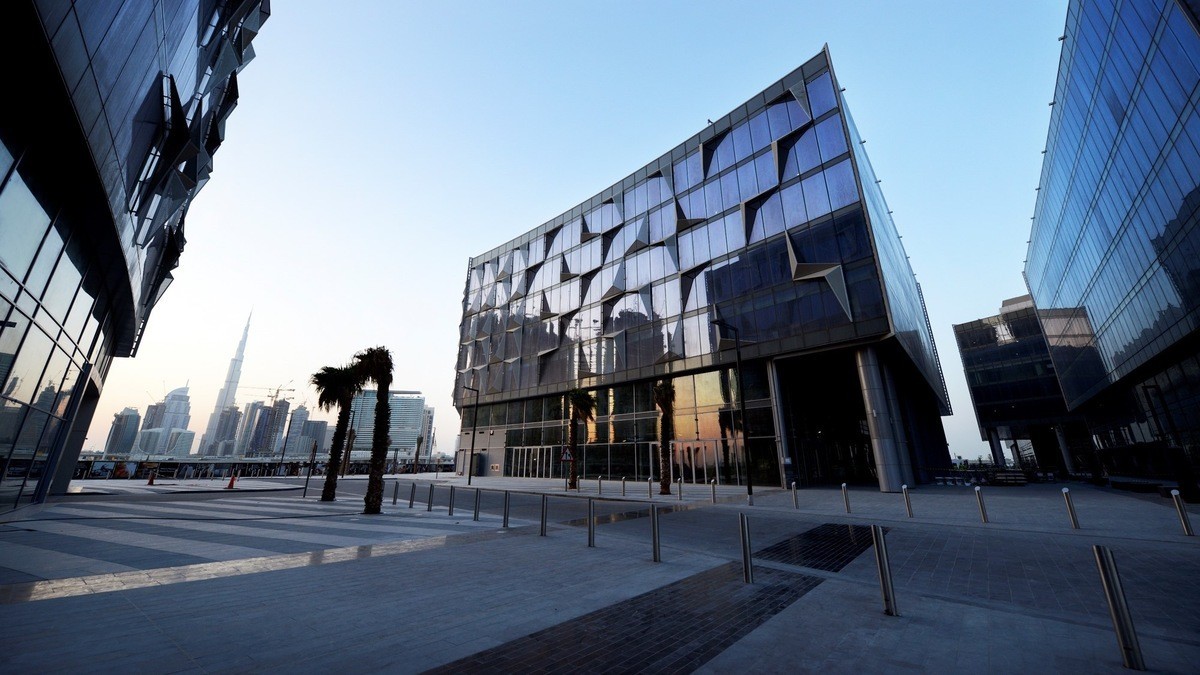 Dubai is another fascinating city of the future for creatives. Dubai Design District (d3) is a development with the sole purpose of providing the creative community a place to engage with one another and create the future of design. NJAL established a partnership with d3 in 2015, working to accelerate the development and drive talent to the space. Bringing together startups, entrepreneurs, and international design, luxury, and fashion brands, d3 aims to both inspire and enable the next design generation.

But it doesn’t end there. Set to open Fall 2018 is d3’s local university, the Dubai Institute of Design and Innovation (DIDI), which NJAL helped launch and is helmed by Founding Dean, Sass Brown. Visionary in design and community, d3 and DIDI both offer up exciting sights of what the future for creatives may look like.

Examining the things that make certain cities appealing to creatives isn’t a catch-all solution. In fact, it’s just a start. If we’ve learned anything, it’s that mistakes can be repeated. Cities can change, they can lose focus. It’s on us to keep the creative communities across the globe pushing forward. Sure, Dubai and LA offer up interesting and appealing remedies and reinvented spaces for creative minds. But it’s so much more than incentives and capabilities.

If you look at any creative renaissance, there is always an element of serendipity. Why do creatives gather in these places? Is there a gravitational pull for a community or is it partly due to the offerings of the city?

Let’s look at the Jazz Age in Paris. A glorious time period when salons were dedicated to the ruminations of the likes of Pablo Picasso and Ernest Hemingway, it was the epitome of a creative capital that is relentless in the formation of what’s never been heard, seen, or read. Artists of all kinds came together to participate and form this creative wonderland. But if we know anything about the way creative movements work, this was neither a coincidence nor a rare occurrence.

Fast-forward 70 years, fly on over to Seattle, Washington, and you’ve got a somewhat similar scene—for music, that is. Yes, we’re talking about the grunge-infused world in Seattle that marked the 90s. Seattle went from having a small and vibrant music scene to exploding into a full on phenomenon, bringing the world the melodies of Pearl Jam, Nirvana, and Soundgarden—just to name a few. Buffered by college radios and independent music distributors, Seattle’s goldmine of musical promise spread like wildfire. Yet people came together because they were attracted to the community—not the promise of a record deal. Of course the record labels like Sub Pop had a lot to do with it, helping sign bands and get their music out there. But they were there in the beginning because they were fans and supporters of the movement.

From the salons in Paris to the clubs of Seattle, it’s always grounded in the creative community, all of whom are there to create and be part of something they love.

These types of revolutions happen routinely within the music world. Take the rock and roll resurgence of the early 2000s, when The Strokes and LCD Soundsystem brought more attention back to New York City. But New York City and Seattle, for example, differ in terms of being creative meccas in one giant way: Seattle stayed on the fringe, New York City will never be that way. It’s the epicentre of so many industries, whereas Seattle had music.

That’s not to say the next creative capital should be dedicated to one single industry. In fact, the cross-contamination of creative industries can spur innovation and inspiration. 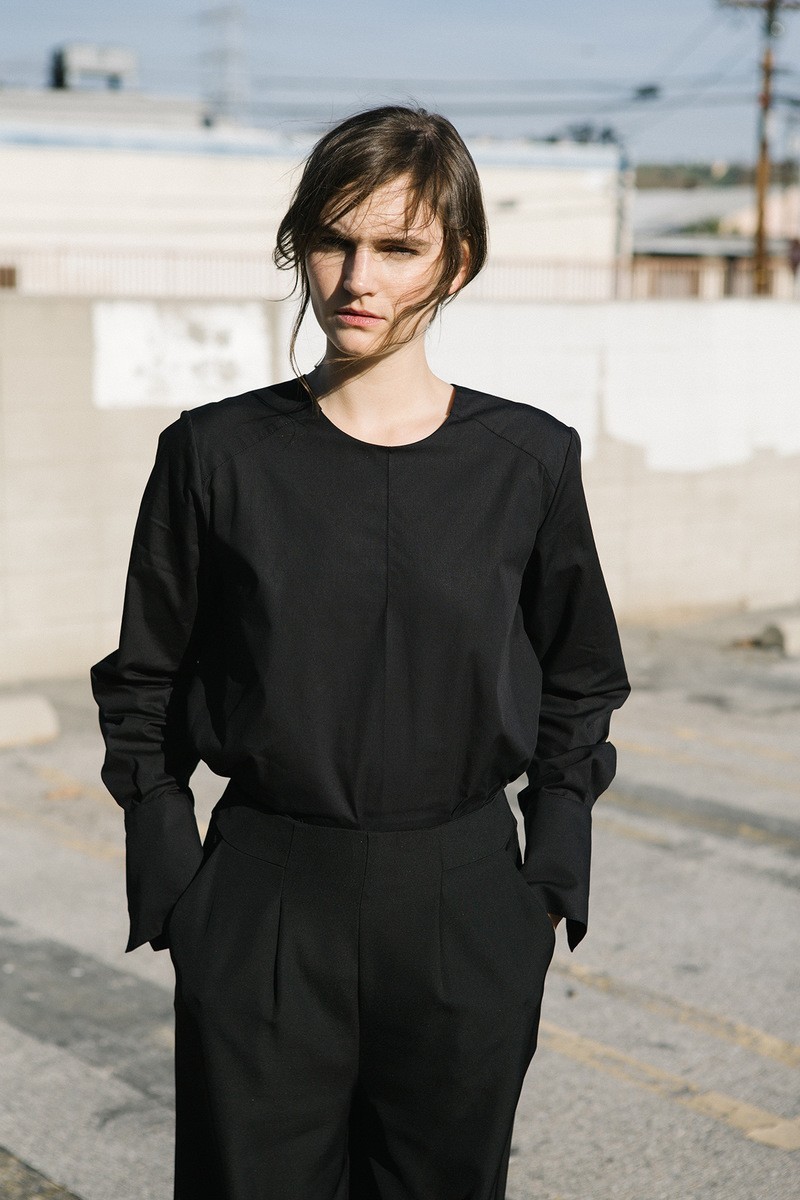 There is an artistic mythology and unadulterated romantic notion of creating as an outlier—something creatives crave constantly as a mode to tap into the universe and find that alchemy where inspiration is amassed and the complexities of self-reflection are in abundance. It’s a phenomenon that can be likened to the way a fandom or artistic obsession works. When you find a musician you love, for example, you’ll listen to them on repeat. You over-saturate yourself, ignited by it all. And then, just like that, it’s over. Magic fades. That’s the way creative capitals can work. It has its moment and then it’s over.

And maybe, perhaps, that is why there will never be just one creative capital.