A Vision For Design in Dubai: Meet d3

For years, Dubai has been viewed as the pin-up city for tourism and consumerism, famed for its top hotels, shopping and beaches. But now, it’s time to rethink this tired old cliché: with the introduction of the Dubai Design District, or d3, no longer will the city be viewed as a hedonistic playground filled with supercars and 5-star hotels. Instead, the city will be seen through a different lens, where design and arts will flourish. This changing of the guard is thanks to a few enlightened individuals and organisations that are in the midst of creating a most exciting cultural renaissance in this famed UAE city.

Much of the credit can be placed on UAE’s Prime Minister and Ruler of Dubai, Sheikh Mohamed bin Rashid al Maktoum, who had a clear vision of the future of Dubai’s design industry. In 2013, he created a mandate to make Dubai the “emerging design capital of the world” – a vision to be steered by the Dubai Design and Fashion Council (DDFC). The DDFC will oversee this mandate via a two-pronged approach: to nurture local/regional talent and to create a sustainable industry for every segment within Dubai's design industry. This sector will include a myriad of creative trades, from graphic to interior design, to architecture and fashion, and so much more.

To create a home for this vision, Sheikh al Maktoum teamed up with master developers, the Tecom Group, to create d3, a multi-faceted building that was launched last year. To be completed by 2019, d3 is a bonafide "Smart City", and will ultimately house, educate and develop regional talent. It will also provide a physical place where business will be conducted, and where all a variety of exciting trade shows and conferences will be held. With facilities that entail the highest tech specifications available in the world, d3 will uncover the region’s mighty design talent and thrust it into the spotlight. Add d3’s strategic partners to the mix, like NOT JUST A LABEL, a visionary platform for emerging international designers, and all that spells out a profound evolution to the city’s DNA. 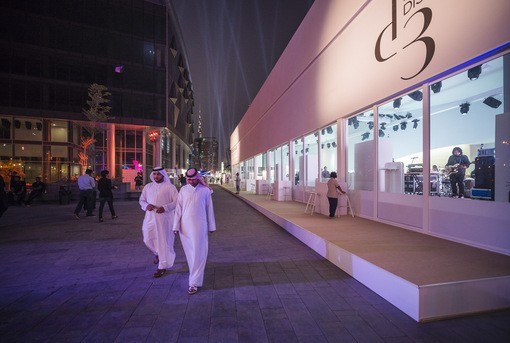 For once, this may silence the Dubai critics who unfairly claim the city has little cultural allure. What these critics are unaware of, is while, yes, there are a vast selection of luxury hotels and beaches to choose from, it is also a city where cultural pursuits thrive. There are art galleries, museums and architectural masterpieces that are dotted throughout the city – yet this side of Dubai needs to be better known and brought to the fore.

That’s where d3 comes in. Unveiled last April via a three day multi-sensory festival called “Meet d3”, the event introduced the world to this new cultural hub that will rival anything going on in arts centres like Shoreditch or the Williamsburg District. The festival showed how d3 is evolving into an international-class design destination, where not just emerging fashion designers, but artists, architects, chefs, photographers and more will have a space to let their creativity run free.

The first of three stages of the project is already complete: 11 hi-spec offices and retail spaces were opened last year, which will ultimately house up to 10,000 design and creative professionals. To show the youthful and exciting mien of the area, the architects even constructed a slide between first and ground floors for ease of movement– talk about efficiency. Stages 2 and 3 are to be completed by 2019, with a waterway development and up to 800,000 square feet of flexible working space. Also included will be 2200 hotel rooms and 1300 serviced apartments, so locals and tourists alike don’t have to go far to see the creativity that Dubai has to offer.

State-of-the-art? Of course, but critically, at the heart of d3 will always be education: Dr. Amina Al Rustamani, who is both Tecom’s and DDFC’s Chairperson – and widely considered to be one of the most powerful people in the world – will make sure of that. In fact, d3 will be an intricate ecosystem where ideas will germinate, cross-pollinate, and ultimately where talent will bloom and be harvested. The world view of Dubai will shift from just being a land of consumption, to one where creators of the highest order will be discovered, educated, trained, and given a platform to make viable businesses in design. 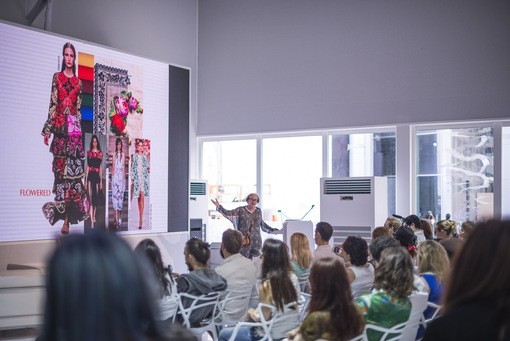 The success of d3 is almost a certainty considering their enlightened choice of strategic partners, NJAL for one. Pioneered by the fashion visionary, Stefan Siegel, he explains how NJAL was drawn to the MENA in general and d3 in particular:  “We were struck by the multicultural talent. However, we kept on hearing the same story: that these artists couldn’t get their creative ideas across to so-called fashion capitals like Paris and Milan, and barely had money for a plane ticket, never mind the ability to secure a visa to Europe or America to show their talent.”

Siegel continues: “That is why d3 became a natural partner for us. NJAL’s goals in enabling designers from the MENA corresponded perfectly with the aims of d3. We were both in agreement that education and nurturing had to be done in situ, or the world was at risk of losing this massive depth of talent.” NJAL’s raison d'etre dovetailed perfectly with d3’s, and a partnership was born, with NJAL hosting a pop-up pavilion at last April’s “Meet d3”. 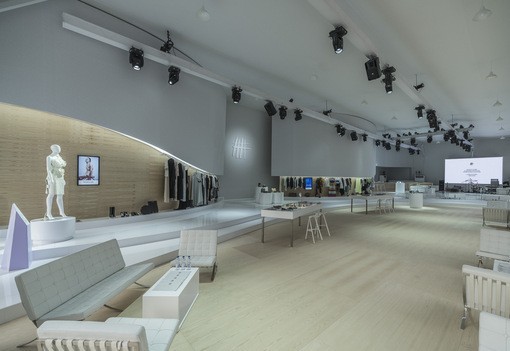 Says Siegel: “For ‘Meet d3’, we picked 200 from the thousands of NJAL designers, half from MENA, the other half from all around the world and created a multidisciplinary pavilion, where fashion met music, art, concerts, lectures and more. 32,000 people attended “Meet d3” and 21,000 visited our pavilion.  The amount of interest piqued, never mind items sold, vindicated everything we felt about talent in the region.”

Since d3’s inauguration last year, a series of further exciting events have taken place. Last October saw d3’s first edition of Dubai Design Week. It was a complete triumph, with over one hundred events staged by creators like weavers, photographers and artists alike - and even included a number of exciting workshops. Then from March 31st to April 3rd 2016, Fashion Forward Dubai (FFWD) held its showcase, which included a number of fascinating panel discussions, fashion shows and industry talks. This three-day fashion extravaganza saw thousands attend from around the globe. 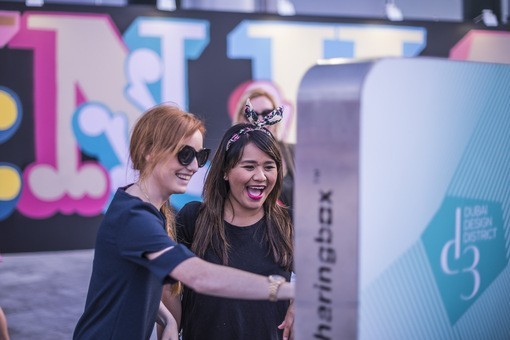 Also, currently in d3 is Mario Testino’s scorching hot exhibit called “Heat”, which will run to April 15th, 2016. The iconic Peruvian photographer chose d3 to display some of his never or rarely-seen before work, which will no doubt become part of fashion history.

But d3 is not just for adults. Design should be encouraged from a young age and that is exactly the objective of d3’s new educational outreach programme called the “KHDA Saturday Clubs”.  For a select few Saturday’s throughout the year, a team of tutors, mentors and speakers will deliver a series of interactive workshops and inspirational talks to over 100 local students.

All of this is re-calibrating the world vision of Dubai. Says Siegel: “I find it edifying the Dubai’s rulers are open to a move from a petroleum-based economy to one of creativity.” Siegel is also quick to point out that Dubai has succeeded where other countries in the GCC are struggling: Dubai has managed to cauterize the bleed between the Islamic and non-Islamic worlds, and has harmoniously married the two cultures to the point where there is little fear of travelling from a tourist’s point of view. 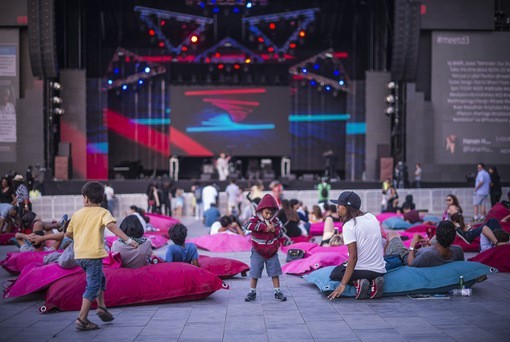 He says: “I despair that when people look at the region they just read the bad news. It is in fact an enlightened area with such a multicultural population, and where we as Europeans and North Americans can learn a lot.”

Much of this idea of tolerance has to do with the leadership of the first President of the UAE, Sheikh Zayed bin Sultan Al Nahyan, who believed that tolerance and dialogue had to replace extremism in Islam. This belief system no doubt will provide the bedrock for progress: after all, creativity and a buzzing economy cannot happen in an atmosphere of conflict. Siegel is sure that Dubai’s current leadership is creating the business and cultural climate that will mean in the very short future, no longer will Paris, Milan, New York and London be the epicentres of design - d3 will level that playing field:

“Cities like Dubai will be leading a new brigade, and shifting the axis.  It’s heartening to know that no longer will talent from the MENA need to leave their home turf to get the education and support they need. Thanks to d3, people will come to them, rather than the other way around.” Now, that is revolutionary.