Brands are selling an unattainable lifestyle wrapped up in the guise of an image that has one clear message: “Buy!” How does this multi-million dollar industry thrive? And how will advertising retain its ability to make such an impact, against the backdrop of rapid technological advances and changing consumer attitudes?

It’s hard to indulge in some careless magazine or channel flicking without being bombarded by a fashion advertising campaign. Whether it’s Blake Lively swishing her golden locks or Charlize Theron proclaiming that “diamonds are dead” in the Dior J’Adore commercial, we are literally surrounded at every angle. Being a credible magazine or publication nowadays means a compulsory slew of high-end advertising from top brands such as Chanel and Gucci, so much so that the infamous September issues are almost as much about the adverts contained in them as they are about the content.

Vogue’s 2007 September issue featured a staggering 727 ad pages, whilst competitors such as Elle were poised to publish their biggest September issues yet in 2013 in terms of advertising – marking a 12% gain in adverts compared to 2012. And with one single page of colour advertising costing an impressive $155,680 in Elle, it’s not hard to see why fashion campaigns are such big business. 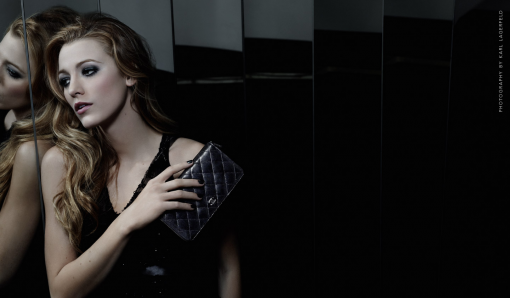 Where ads of the ‘90s generally featured models and supermodels, today’s obsession with celebrity culture has permeated the fashion industry, most fiercely manifesting itself in the fashion campaign. It is only necessary to glance at the Spring/Summer 2014 collaborations – Rihanna for Balmain, Lady Gaga for Versace, Elle Fanning for Miu Miu – to see this effect. Since celebrities are earning astronomical sums for teaming up with brands (Louis Vuitton paid Angelina Jolie $10 million in 2011 and Robert Pattison allegedly got $12 million for his Dior campaign), the message to consumers is clear: celebrities are perfect, rich and beautiful, the ultimate manifestation of success, and you can be too if you buy our product.

Other brands turn to more extreme ways in order to engage consumers in a dialogue through the fashion campaign. Who can forget the recent American Apparel mannequins that sported bushy pubic hair or Jacky O’Shaughnessy, the 62-year-old model in their latest campaign? The transgender models featured in Barneys’ advertising were a big talking point this year, but ultimately, controversy and shock tactics have always been a part of the fashion campaign, and one that can generate huge revenues for brands.

In the case of Barneys, their advertising opened up a dialogue about the LGBT community that created a lot of positive press and praise for the store for allowing the models to tell their stories. For American Apparel, however, it seemed it was one shock tactic too far – shares in the company dropped by 32% in February 2014 and it has since been plagued by rumours of bankruptcy. This is certainly an example of a company whose values of favouring ‘natural beauty’ have not successfully translated into fashion campaigns and, most importantly, to the consumer. 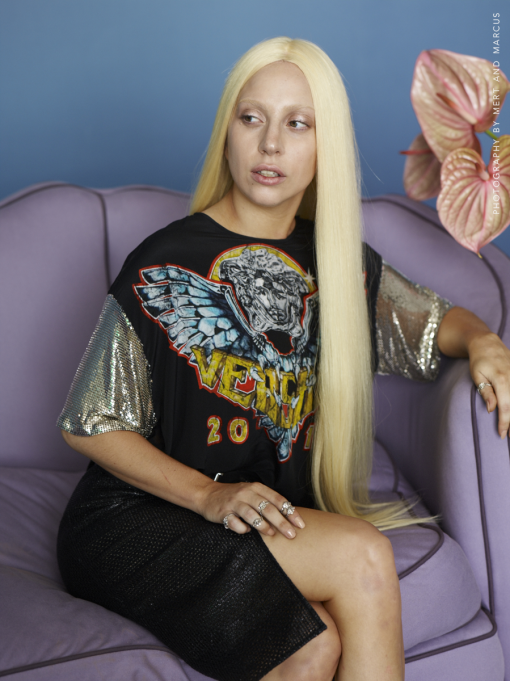 The implications are resounding – whether through celebrity endorsements or shock tactics, the fashion campaign confronts consumers head on, following them around wherever they may go: on the bus to work; on their way to the supermarket; while they browse the Internet. It creates a visual stimulation, one that may cause shock, outrage, lust or desire, but always with the same subliminal result: the consumer takes notice and engages with the brand’s message.

As technological advances, mobile commerce and social media become an increasingly large part of our everyday lives, fashion advertisers and their campaigns have had to respond accordingly. Where billboards and magazine spreads used to be the only way forward, companies are being forced to consider tablets, video footage and other more inventive mediums to continue spreading their message loudly and clearly. Our increasingly short attention spans and need for instant gratification, especially online, are further issues that the fashion campaign has had to tackle in order to retain its competitive edge.

Fashion films are becoming a more common accompaniment to a campaign. Natalie Portman for Miss Dior is a great example of this – the print ads exist in tandem with the film, which shows the actress in a short cinematic scenario relating to the perfume and, most importantly, to the values and lifestyle that the brand stands for. Celebrities remain such campaigns’ main endorsers, and the moving image brings the product to life and reaches an audience that may not necessarily read glossies or respond to traditional billboard campaigns. High-profile directors and creatives, such as Sofia Coppola, are employed to give fashion films a cinematic edge and to retain the brand’s vision across any smulti-channel projects. 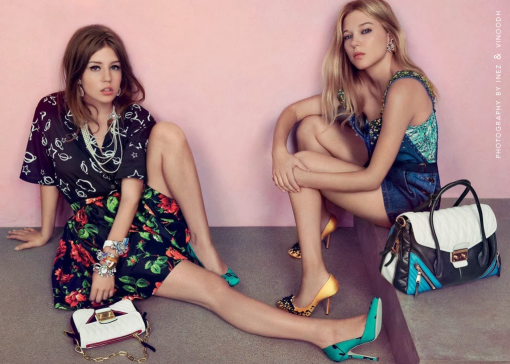 Other brands are turning to a more hands-on approach in a bid to engage customers in today’s technology-driven world. Louis Vuitton created an online board game, called the ‘Goose Game’, as part of its holiday advertising, encouraging consumers to play in order to reveal gifts from the brand that can then be purchased. Dove’s Evolution video, which has garnered over 17 million hits on YouTube, shows a woman undergoing a transformation (complete with Photoshop retouching), to highlight how advertising distorts our notions of beauty. The irony behind this idea is that Dove is highlighting unrealistic standards in advertising through an advert of their own, but it is also for this very reason that the idea works so well.

Canadian clothing retailer Ssense has taken this approach to a whole new level, releasing the world’s first interactive shoppable music video, in which anything that the stars of the video are wearing can be bought by clicking on the item. Whereas traditional campaigns seek to reinforce the idea of a lifestyle or product-based identity, videos such as this build a direct relationship between celebrity, values and a product that can be bought immediately by the consumer.

Through the use of social media campaigns, such as Burberry Acoustic, and the increased courting of an online audience, Burberry has seen its revenue increase by 29%. The fashion campaign is still there, but it is now woven into more interactive, user-guided content, underpinning the importance of what Angela Ahrendts, CEO of Burberry, has called being “totally connected to everyone who touches your brand.”

The fashion campaign will ultimately always remain big business – without the advertising that gives fashion products their context, brands have no unattainable ideas that they can sell. What remains to be seen is how fashion campaigns will continue to adapt to account for millennial behaviour and increasingly rapid technological advances. Retaining a consistent brand identity across all areas that the fashion campaign now permeates is crucial, yet something made altogether more difficult by the ever-increasing number of advertising channels and outlets available today.