Free Free: For The Liberty of Women Through Fashion

We're always astounded by the efforts of our fashion contemporaries when it comes to using the power of fashion for good. Free Free is a prime example of what fashion can truly do to help others. Founded by Vogue Brazil's Yasmine Sterea, FREE FREE is a platform that questions fashion’s true meaning in an effort to support and strengthen women. Today, we hear from Vinícius Guidini as he shares his insight on the past, present, and future of Free Free. 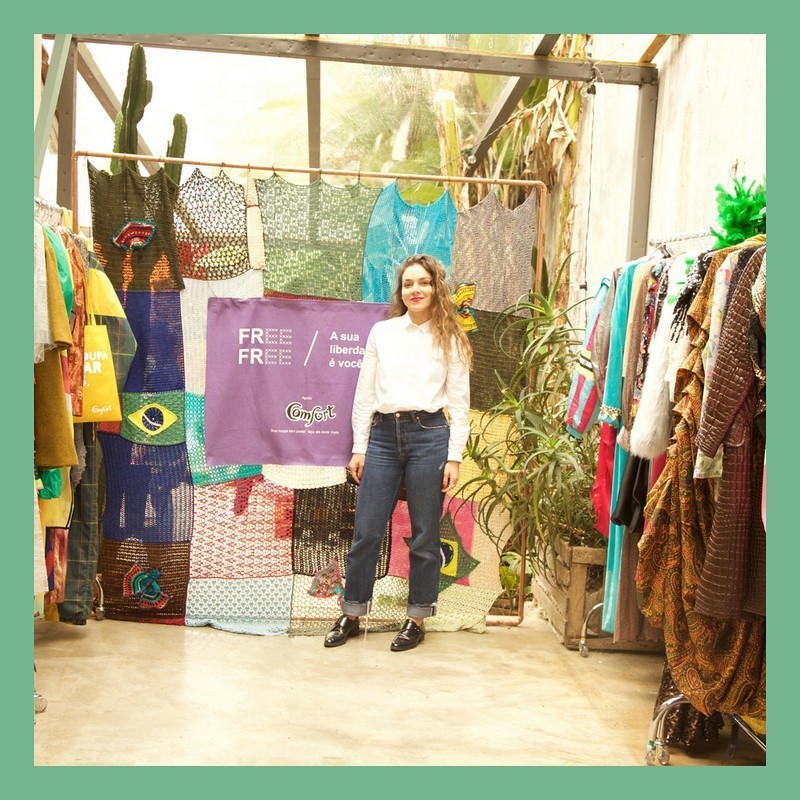 In today's world, fashion is so much more than fashion—it's a force of power that is guided by purpose and a larger sense of responsibility. From environmentally conscious shifts in production to the pivotal role clothing plays in personal expression, it's impossible to engage with the industry without addressing or taking part in the conversations and changes.

In this scenario, Free Free comes to life. Free Free is a Brazilian movement that preaches freedom and liberty through fashion's power of transformation in a world consumed by anxiety and speed—the evils of the century.

This initiative became a reality a little more than two months ago after three years of research and development led by Yasmine Sterea (former Vogue Brazil Fashion Editor and, today, Special Projects Artistic Director-at-Large for the same publication), who created Free Free while living in London, where, after discovering she was pregnant with her first child, Violeta (now three years old), started to reconnect with the world of fashion through studying spirituality, neurolinguistics, and psychology. Her journey of self-discovery cultivated an outlook focused on fashion's role in both self-knowledge and self-expression.

"In London, I started to question who I really was, what my role in this world was, and what I was wearing. A trauma came to my life when my mother died; she killed herself when I was 20 and I blocked all those feelings for twenty years. When I got pregnant, I started to learn more about myself, to meditate, to understand who I was, and through that I realized that fashion could also be a tool, not in a superficial way, but how it actually can change your psychological state. You can create characters that translate who you are, your identity and be unique, instead of following crazy trends—it’s about reconnecting and expressing, not hiding," Yasmine says. 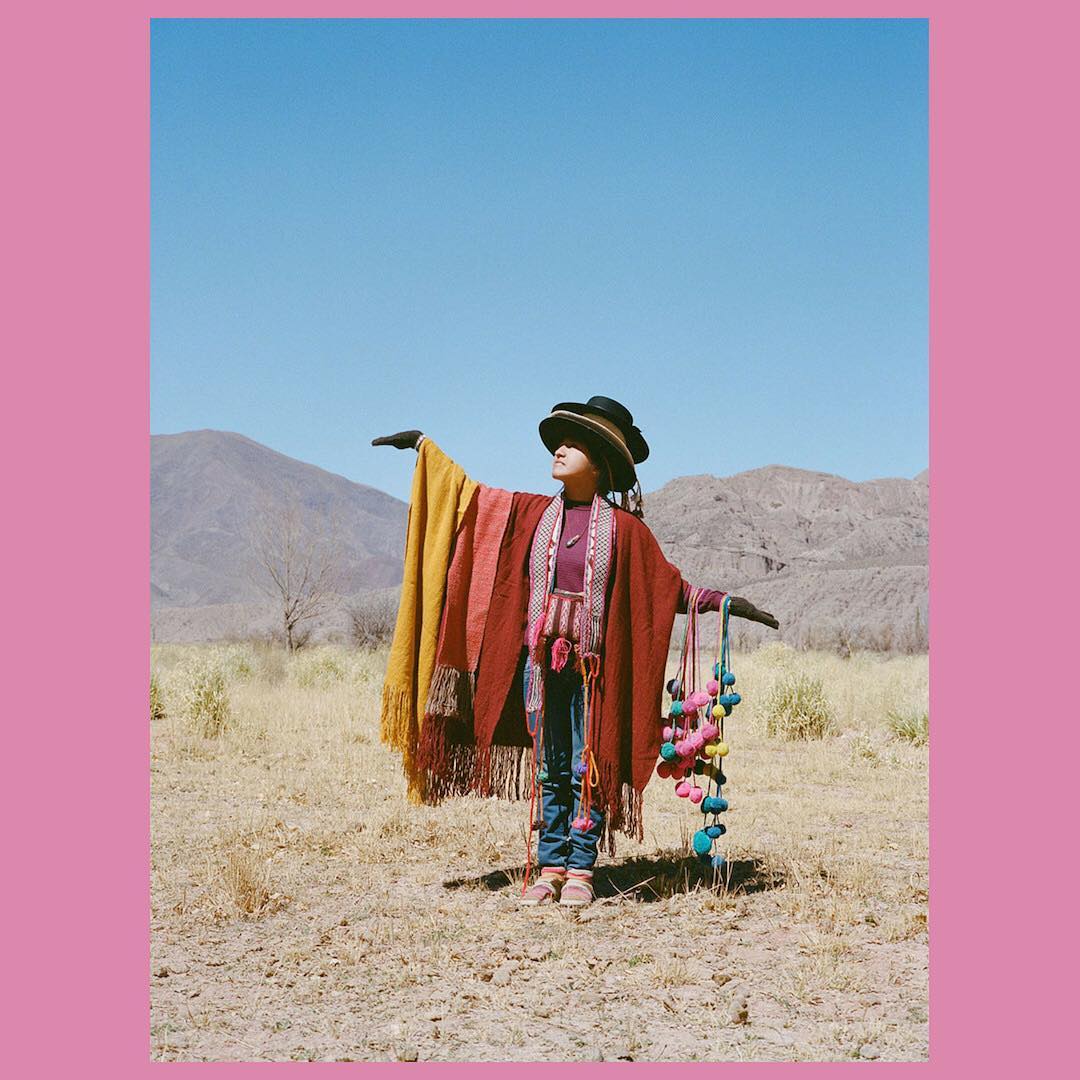 Born from Yasmine's newly realized fashion lens, Free Free came to fruition in the form of workshops. Taking place in different Brazilian cities, the workshops focused on helping women who came from violent situations, creating an environment where they could discover their own essence and identity through psychodrama—a method that enables individuals to work through barriers of past traumas by imagining new characters and roles from those experiences. Today, Free Free works as a platform that breaks the barriers of fashion and the market rules and impositions in order to spread freedom of expression, self-confidence, and acceptance. 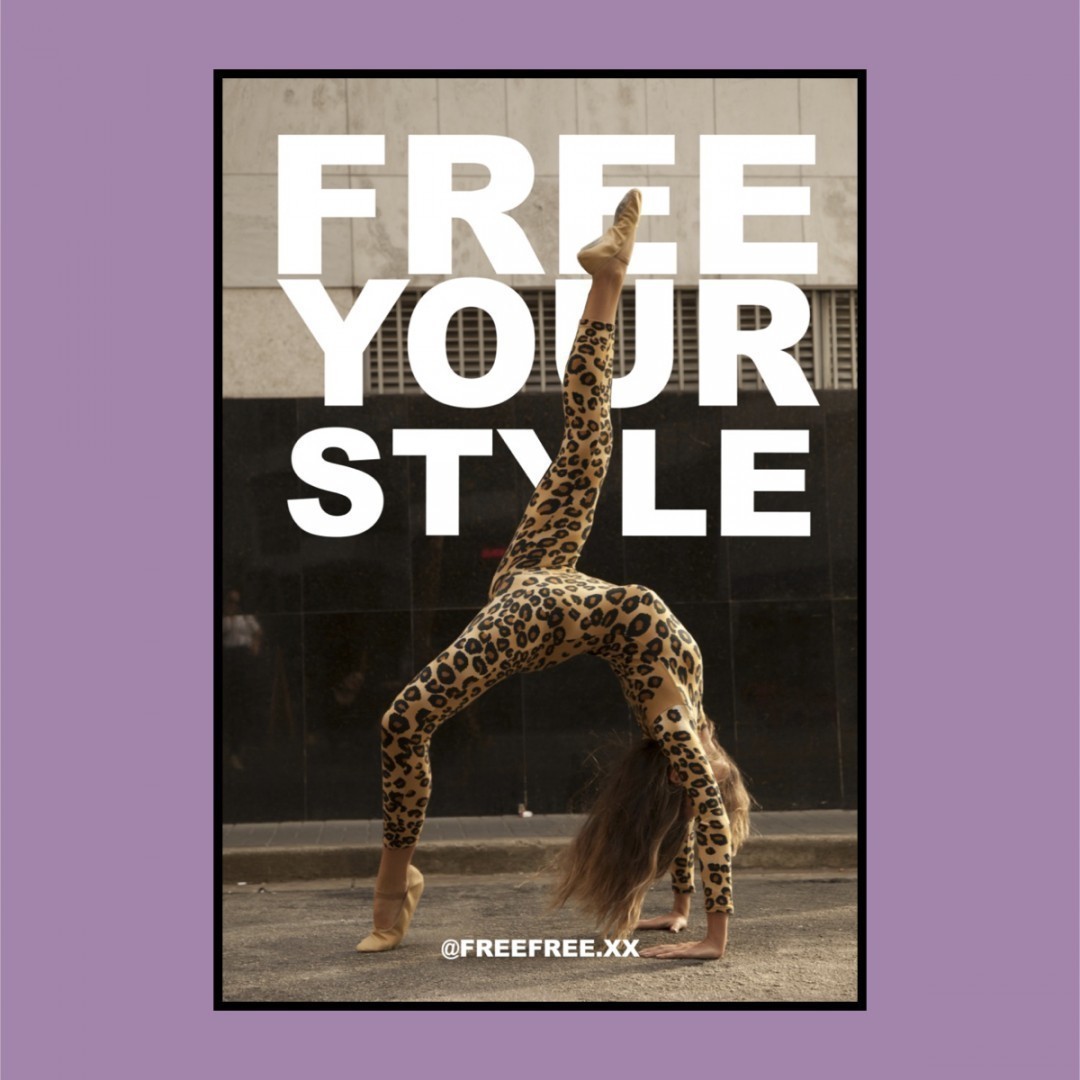 Free Free also works to empower women across media platforms, partnering with universities to publish videos and special photo projects that draw attention to important matters such as violence, breast cancer, and happenings in rural communities. Free Free also continues to host regular meetings and workshops that are supported by the gender repartition of the Public Ministry in Brazil, an important sector that looks to further bolster women and the freedom of expression. 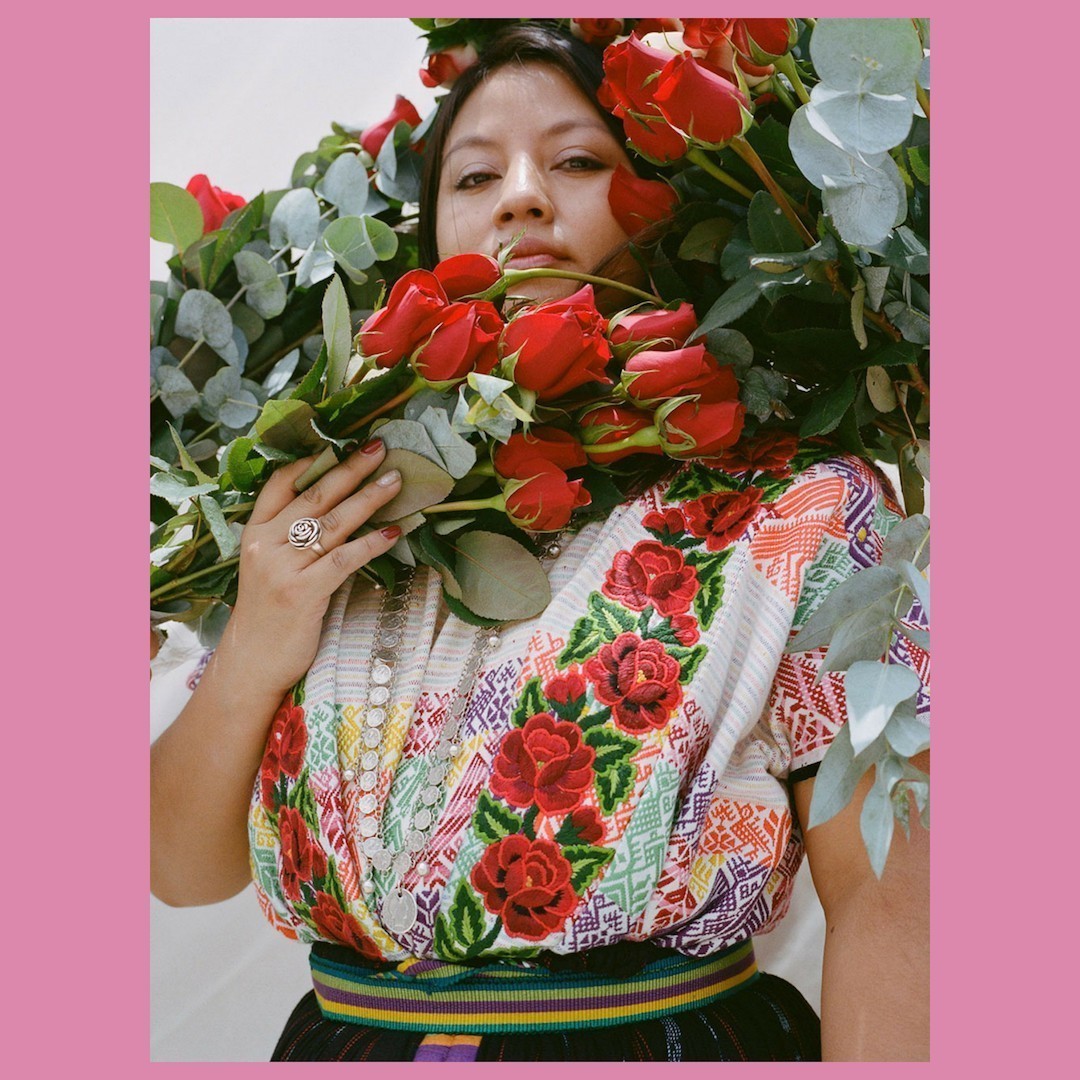 The cause around Free Free has garnered support across Brazil. Mariana Ximenes, Camila Queiroz, and Bruna Linzmeyer are all notable actresses in Brazilian television and film that have thrown their support and activism behind the Free Free movement. Emboldened by the larger interest and powerful community created by this movement, Free Free now looks to the future.

What's in store? The launch of a YouTube channel where new videos will be published twice a week that will be centered around important subjects related to women, freedom, fashion, the environment, and health (the main points discussed during Fashion Summit and W20), including the prevention and coexistence with HIV, female entrepreneurship, upcycling, and other ways to build sustainable fashion.

Free Free will also launch a special documentary for the web and television, set to be directed by Joana Marian. The main idea? Expand the project to other countries, including the US, Argentina, and the UK; keep promoting freedom, expression, and reconnection with the help of strong women that are changing the world. 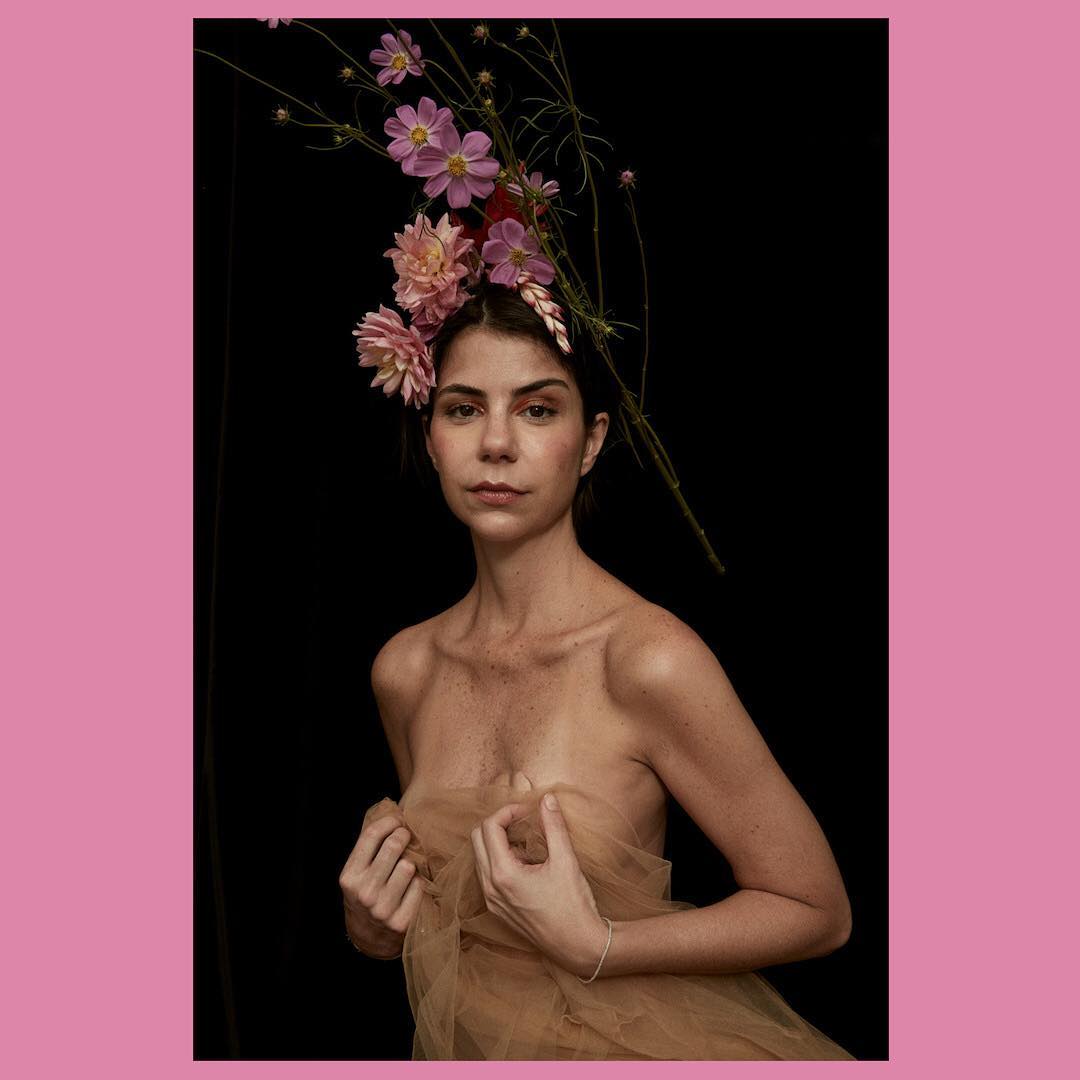 Vinícius Guidini has a 10-year career as a fashion journalist, working for online and print platforms and titles including Vogue Brasil, GQ Brasil, and Veja Magazine. He also developed content to brands like Riachuelo, C&A, and Marisa, and now is in charge of Free Free's digital planning. See more of what's happening with Free Free on their Instagram.