From the #MeToo movement and the United Nation’s HeForShe campaign to the impetus behind the Women’s March, the fight for gender equality within our culture at large is a continued battle that, as of late, is increasingly impossible to ignore. But like any fight, it’s far from over—especially in fashion. 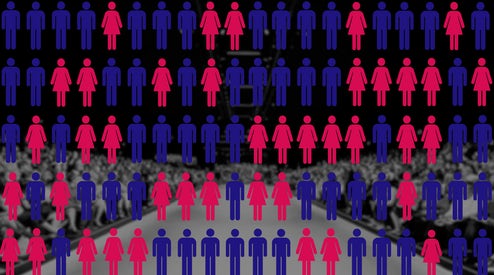 Fashion, of course, is not the anomaly or the exception. Systemic sexism exists everywhere, and it is not just commonplace—it is expected. Ask any woman and she will readily agree; we have to put up with and endure blatant chauvinistic acts on a daily basis from men who do not respect our ideas or value our abilities. Career progression can be derailed by choosing to have children, outspoken females can be signified as shrill and difficult to work with, and paychecks are significantly lower than male contemporaries simply due to gender.

It is no secret to anyone at all that the fashion industry has a gender problem. All one has to do is simply look at the facts, the personal accounts, or the daily microaggressions that more often than not pop up during a female designer’s career. From sexual misconduct occurrences to lack of female representation across leadership roles, fashion’s gender problem is as prevalent as ever.

In 'The Glass Runway,' a recent study conducted by the CFDA, Glamour Magazine and McKinsey & Company, researchers reported that only 14% of major womenswear brands are run by women. It is a particularly ironic state of affairs for an industry where women make up the overwhelming majority of the consumer base. In fact, studies show that women spend three times more than men on clothing—women spent a whopping $159 billion in 2017 alone. We're the majority consumer, yet brands, such as Suit Supply, which is a male brand, feel comfortable enough within a sexist landscape to release advertising campaigns that are, to be blunt, disgusting. One of the images from a 2016 campaign, below, says more than any words can. 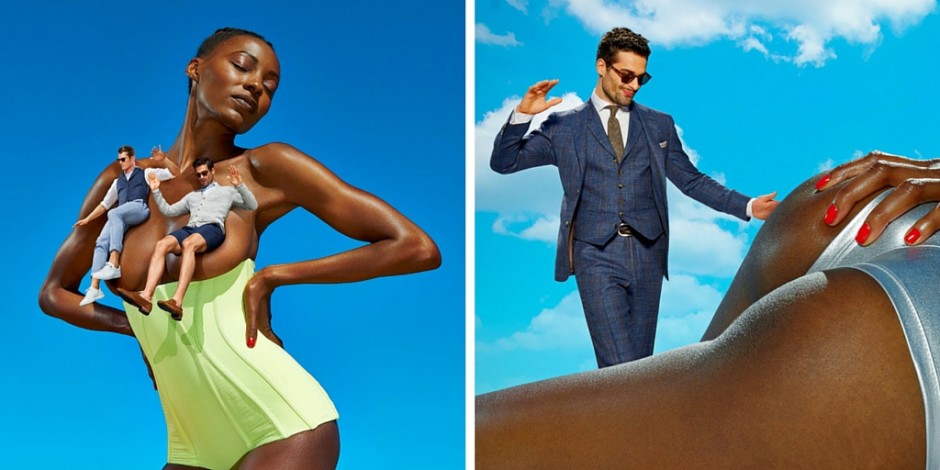 If we operate in an industry that allows things like that to happen—until the backlash of the public comes into play—then it should be no surprise that hardly any women hold positions of power.

Sure, there have been recent additions to the lineup of creative directors and executives of large fashion houses. Claire Waight Keller took over the Givenchy helm, coming on as the first female artistic director in the house’s 66-year history. Yes, it took that long. However, with one step forward comes three steps back. We can look at Phoebe Philo’s departure from Celine—seemingly symbolically now without that iconic é—whose replacement was, not surprisingly, a man. It’s a product of the larger paradigm of power as well as the industry’s longtime pattern of elevating men. For what purpose? Perhaps people crave the male perspective and power in fashion because it seems like a much more distant point of view; perhaps it is symptomatic of the unavoidable power dynamics that have been embedded in our society for decades. 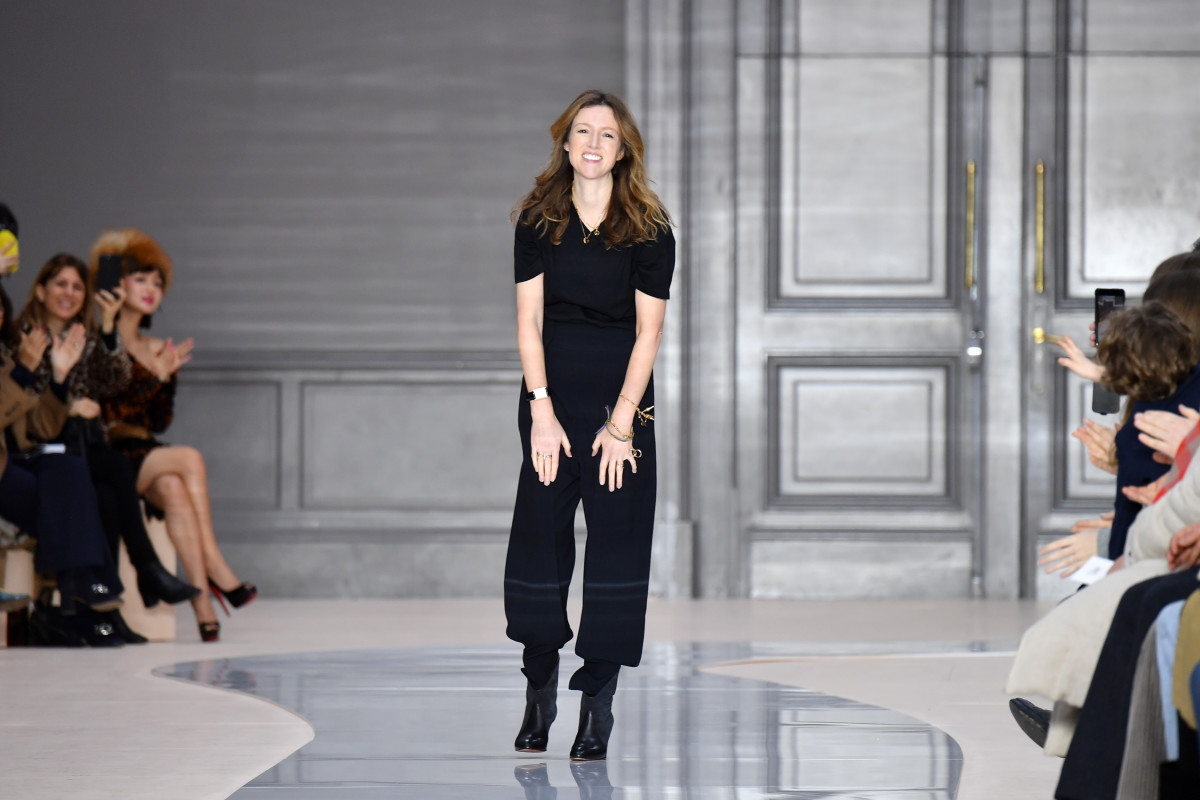 It’s interesting to look at this imbalance, particularly when you think about the more common roles women hold in fashion. Women have positions of power in facets of the industry that are far more performative: magazine editors and fashion writers, models, and so forth. But the role of the creative genius who will change the landscape of fashion? That’s reserved for men. You look at Anna Wintour who has led the industry for decades. Where are these leaders when it comes to designers?

We see time and time again male designers being lauded for their unmatched creative talent and the promise they hold to bring a new view to fashion. But gender inequality extends far beyond titles, pay gaps, HR rules, and daily interactions, working more pervasively in the direct actions of men against women. And that’s where the real thinking begins.

If the shakeout from the #MeToo movement tells us anything, it’s that the fashion industry has an unsavory pattern of excusing and ignoring sexual misconduct and sexist indiscretions. Look at lauded photographers Terry Richardson and Mario Testino. For years women had accused Richardson of sexual misconduct, but his photographs seemed to outweigh the numerous accounts. Finally, in 2017, Condé Nast and other publications announced a ban on working with him. Months later, photographer Mario Testino, who was accused by dozens of men for sexual misconduct, was swiftly cast out with Condé Nast’s decision to stop commissioning work with him. The fact that Testino was accused by men doesn’t change the argument. In fact, it only strengthens the argument at the crux of it all: the fashion industry cares more about popularity and creativity than equality and appropriate behavior in the workplace.

Creative ability and status has the ability to mask the undercurrent of misogyny and gender inequality in the fashion industry. It’s a sobering realization that is equal parts frustrating and disturbing. 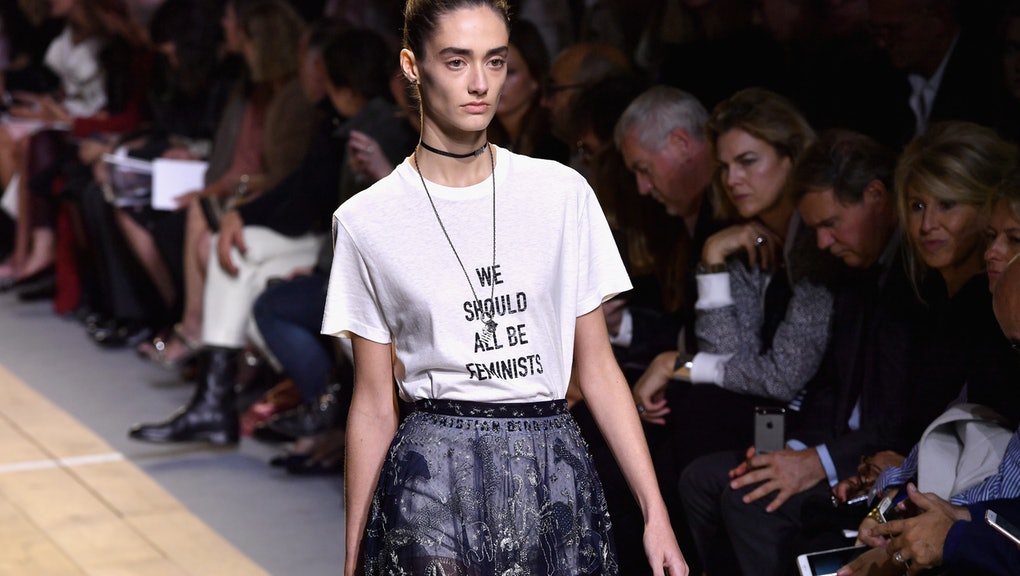 The Boston Globe published a major exposé in 2018 that featured countless stories and accusations from more than 50 models in the industry who spoke out against stylists and photographers in regards to sexual misconduct and abuse. Allegations were denied across the board and many continue to work today. What's even more baffling, however, is the complicity that falls even with women. Maria Grazia Chiuri, the creative director of Dior and the mind behind the shirts that read "We Should All Be Feminists," turned a blind eye and re-hired Karl Templer even after the slew of allegations that came his way. While The Globe did clarify that Templer was not directly implicated in the piece, the sentiment has staying power.

This logic exists outside of the gender discussion. Remember a few years back when John Galliano was blasted for making anti-semitic comments? Where is he today? After a short-lived time out from the fashion family, he was welcomed back in and is now the creative director of Maison Margiela. 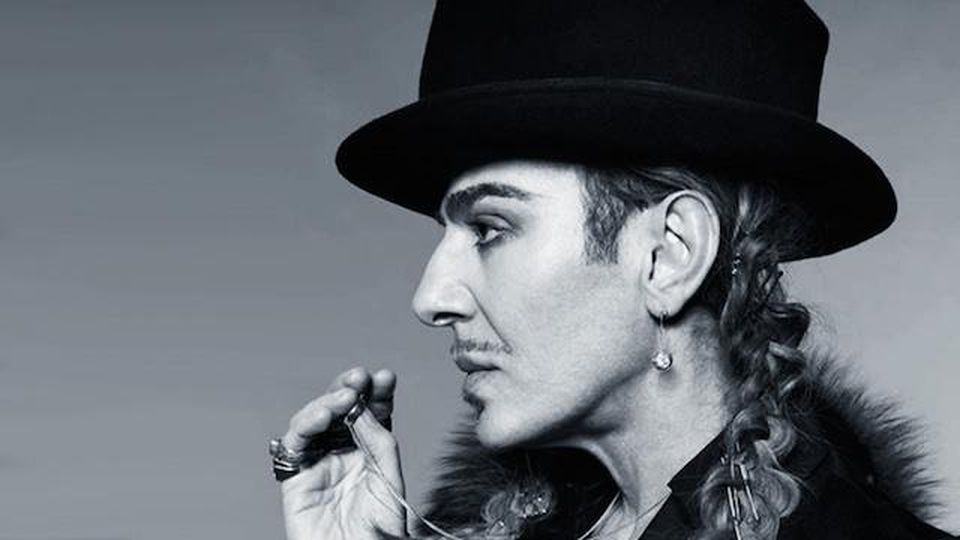 If the creative field is supposedly meant to be democratic, then how are we to justify the injustices at every corner of the industry? Under the veil of creative output, the industry at large—or at least the voices in charge—choose to let things slide, favoring creativity over equality and respect.

There are numerous brands that have made it clear that they will not stand for this atrocious behavior. The difference between those who have turned a blind eye and those who choose to speak out? Legacy and money. Much like the glorified status of creativity, legacy and financial ties have the power to overshadow inappropriate actions, particularly when it comes to the fashion houses that have been ruling the fashion industry for decades. While the United States has a lot of work to do in terms of gender equality, many European countries lag even farther behind, a point that we see come to fruition in many French and Italian houses like Dior. What could be a gross difference in culture results in a system that perpetuates problematic practices. Additionally, many of these brands remain in power due to the emerging markets that support them—China, India, and so forth—which enables them to continue to be untouchable.

Looking hard at the current landscape presents us with a reality that acknowledges inequality but simultaneously hides within antiquated paradigms in order to ignore it. Let’s revisit the tale of John Galliano. He was ousted due to some incredibly problematic behavior, but he continues to create in the industry—in a very high position of power. Imagine if this exact scenario played out with a woman. Would this person be barred indefinitely or welcomed back in? That’s not clear, but my money is on the former.

Facing the broken system of gender in fashion can easily make you cynical, but there are actions we can take in order to make a difference one way or another—whether you are a designer, fashion insider, or consumer, you have the power to attempt to shift the sexist standard through not only compelling and gender bending design and continued discussion, but also through making informed decisions in how you purchase.

If women are the leaders in spending in the fashion industry, imagine what would happen if that imprint slowly disappeared. If you impact the business that bolsters the art, the creative gods that rule may slowly fall. After all, how far can creative lore get you once consumers fail to show up.

So, what are we to do? Keep fighting. Spur conversations; let your work shift the dynamics of gender, spend your money on garments and items made from brands you can fully support on all spectrums; defy definition through design; work together to change the future—that’s where the power is, we just have to grab it and keep on running.