From punk to grunge, from wearable pieces of art to conceptual fashion and crazy body adornments, ‘Anti-Fashion’ describes the ways in which designers and the fashion-aware express their opposition to the fashion establishment.

In the context of contemporary fashion, which has seen various hybridizations between art and fashion, style and design, mainstream and avant-garde, fast-fashion and slow-fashion, where’s the borderline between ‘official’ fashion and its opposite? Can we still trace a clear distinction between what’s ‘Anti-Fashion’, and what’s just plain ‘fashion’?

As we deal with an ambiguous, tricky concept, it is important to underline from the beginning what I mean by Anti-Fashion. In fashion theory, the concept of Anti-Fashion is usually linked to the avant-garde, especially that of the 1990s (an era that is widely believed to have given birth to Anti-Fashion). Fashion theorists debate it in various ways – from Simmel’s ‘differentiation vs. conformism’ to Elizabeth Wilson’s ‘oppositional dress’ or Claire Wilcox’s ‘radical fashion’. Actually, Anti-Fashion is a general term which attempts to cover particular phenomena in the field of fashion, namely uses of fashion that are previously unheard of, or which do not easily fit into an established category or mode of fashion. 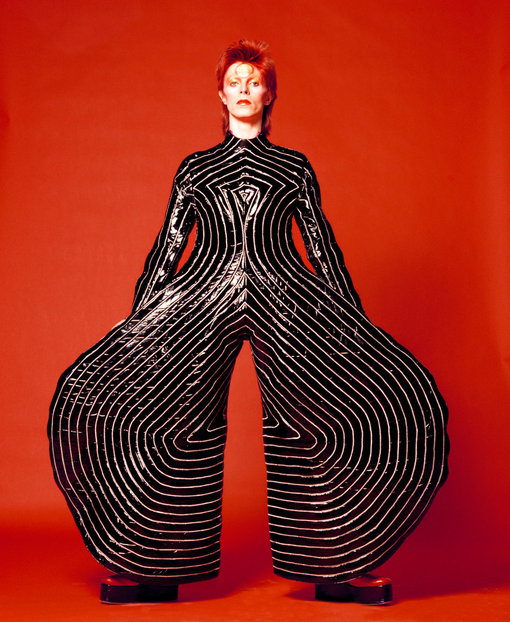 A recent exhibition entitled ‘Outer Dark: Continuing After Fashion’ at Frankfurt’s Museum Angewandte Kunst (MAK) profiles the ‘fashion after fashion’ movement which emerged in the 90s as a reaction to the excess of the previous decade, indicating an uncertain age when the ideals of beauty were called into question. As we’re living now in an overload of information, in a glorious inconsistency driven by puzzled interests, the Anti-Fashion of the moment is not only about questioning the ‘overdose of beauty’ and artificiality in contemporary culture (see Faceless Exhibition), but also the idea of authenticity and the status-quo of fashion itself.

While the (un)fashion styles tend to evolve apart from the world of fashion, the concept of Anti-Fashion is closely linked to the intrinsic dynamism of fashion. The history of fashion provides us with many examples. In the ‘20s, Gabrielle Chanel initiated an Anti-Fashion movement, proposing masculine attire for women. About the same time, the Italian artist Thayaht designed the Tuta, an utopian outfit inspired by workwear, which appealed to the Italian elites of the time. The Zoot suit emerged as a product of counterculture in ‘40s America. Rudi Gernreich’s infamous monokini of the early ‘60s was, in its way, a statement of Anti-Fashion, as were Kawakubo’s frayed clothes in the ‘80s. Each phase of avant-garde was initially described as Anti-Fashion – Westwood’s punk style, Hamnett’s militant T-shirts, McQueen’s subversive shows.

As we can see, Anti-Fashion is possible only in the context of the mainstream fashion (without referral to which, Anti-Fashion simply doesn’t make sense). Fashion and Anti-Fashion share a lifelong love-hate relationship. They’re somehow symbiotic, as the evolution of fashion is fuelled by Anti-Fashions, and the Anti-Fashion arises as a reaction to ‘official’ fashion. 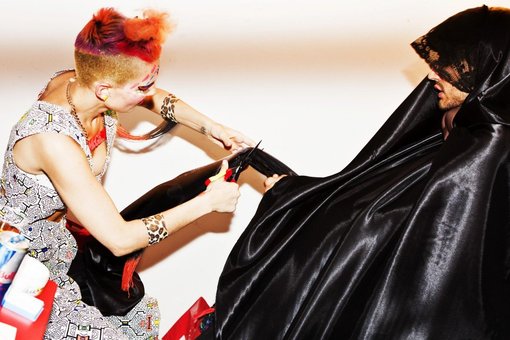 Nowadays, when everything moves very fast, when we are constantly bombarded by hundreds of images and ideas, when every code seems to be broken and you can hardly find something never-before-seen, there are certain approaches in fashion which manage to break through this, and address more profound concerns.

Some projects go against the grain of commercial fashion. While artists such as Jana Sterbak or Vanessa Beecroft create work that intersects with the world of fashion, contemporary fashion designers reveal a conceptual approach to the art of making clothes, evolving beyond fashion trends and their usual recipes. In Satu Maaranen’s pieces from her ‘Garment in Landscape’ collection, she has found a personal method of making the concept of haute couture relevant and accessible to contemporary demands.

On the other hand, there’s a band of creators developing subversive aesthetics and experimental fashions. Mina Palmqvist’s obsession with the female body and the way we look at it drove her to “a long lasting concept and expression with a value that does not diminish by time”. Her provocative garments are sometimes accompanied by art installations and films. Working with astonishing fabrics and surprising elements, Manon Kundig is not afraid to explore new paths in order to achieve unique fashion solutions. Another particular case is Dr. Noki (NHS), who creates new pieces from waste elements. His customisations are a statement against mass-produced fashion branding, using DIY style and re-working second hand garments into an ethical one-off pieces of clothing. 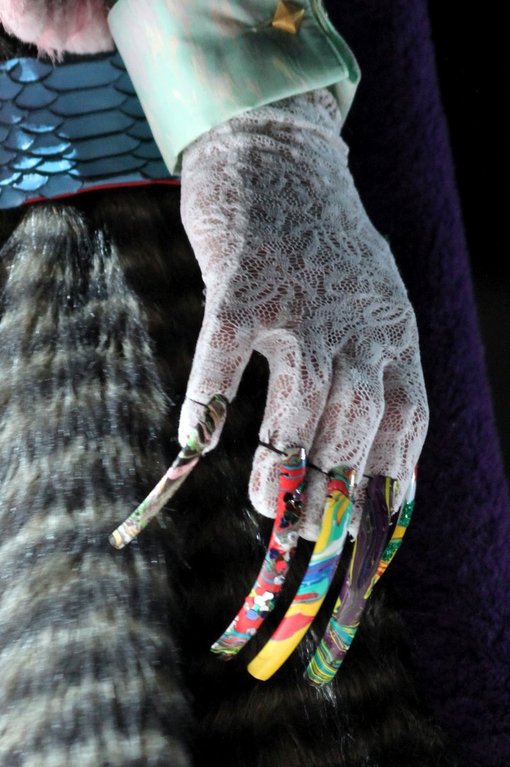 Another relevant direction is fuelled by artists and designers who create crazy, paradoxical accessories or ‘impossible objects’. The works of Naomi Filmer, Ana Rajcevic, Bart Hess or Erwina Ziomkowska deconstruct our habits and prejudices related to the fashion garment. ‘Good design’ (in which form closely follows function and conventional aesthetics) was often ridiculed and substituted with ‘altered’ elements – Maison Martin Margiela crafted jewelled masks for their couture collections, Sruli Recht designed marble eyeshades for the visually impaired. Artist Erwina Ziomkowska conceived women’s shoes and intimate garments pinched with pins, thus questioning the relationship between the luxurious look of the outside and what’s really going on in the inside.

As well as the artistic/conceptual alternative to mainstream fashion, there is an approach that has become increasingly prominent in recent years. And it says we should slow down and invest in essential design pieces. Those basic, timeless garments have little to do with the changing nature of fashion. Their value is based on different features: the use of local materials and resources, recycling, traditional cuts and dyeing techniques, high-quality craftsmanship and, of course, the test of time. A pair of Birkenstocks could be considered classics, but they somehow symbolize the Anti-Fashion look. Considered for a long time ‘pretty ugly’, the style was picked by Phoebe Philo and reworked in a luxurious way for Celine’s Spring/Summer 2013 collection. Philo is renowned for delivering safe and perfectly designed products, which hold fast against fashion’s perpetual ins and outs.

Actually, in the realm of fashion, everything ‘new’ is a little bit ‘anti’. Successful designers – Miuccia Prada, Christopher Kane, Rick Owens and Rei Kawakubo, know how to grow the Anti-Fashion seed in order to convert it into commercial products. Thus, Anti-Fashion could be regarded as the engine that moves things forward; finally reaching consumers years later on. It’s a paradox, but challenging the notion of fashion is the most fashionable thing to do. Because that’s the way fashion works and, after all, the Anti-Fashion would be always part of fashion, or better said, the black sheep of fashion. That’s why we love it!