A Canadian-born Chinese, Fan was raised in Canada then Hong Kong. At the age of 19, he moved to London where he attended Central Saint Martins College of Art and Design. During his time in college, Fan spent his time honing his skills by interning for two of the most prominent names in the industry - Marc Jacobs and Donna Karan. ​ ​The time he spent at their design studios enabled him to realise different interpretations of a modern wardrobe; the balance of sophisticated, sensual and edginess. After completing his BA degree in 2012, Fan furthered his tertiary study by undertaking the MA Fashion Course under the mentorship of Professor Louise Wilson OBE. After almost two years of training, he was awarded funds from the Isabella Blow Foundation​. ​His ​Fall Winter 2014 Collection was selected by CSM​ and featured in London Fashion Week Fall 2014 as part of its MA Graduate show . ​

A slight departure from his previous work, he has taken a more intricate and crafty approach, and created an all hand-woven collection composed of materials, such as mohair, metallic plastic cords, leather cords, and wicker. Combining traditional weaving technique and innovative textile engineering, his showcase proposed a futuristic take on traditional craftsmanship, with a balance of desirability and unconventionalism.

Since his graduation, he is enlisted as one of the eight finalists of The H&M Design Award 2015. He is a contributor to Showstudio, his designs have received online coverage from Dazed Digital, i-D Online, Interview Magazine, Vogue Italia, Elle.co.uk, Showstudio, Fashionista.com, Grazia Daily, Idol Magazine, Dezeen magazine and 1 Granary, as well as appearing in print publications including i-D Magazine, Dazed & Confused Magazine, Elle China, Champ Magazine, 1Granary and VISION. 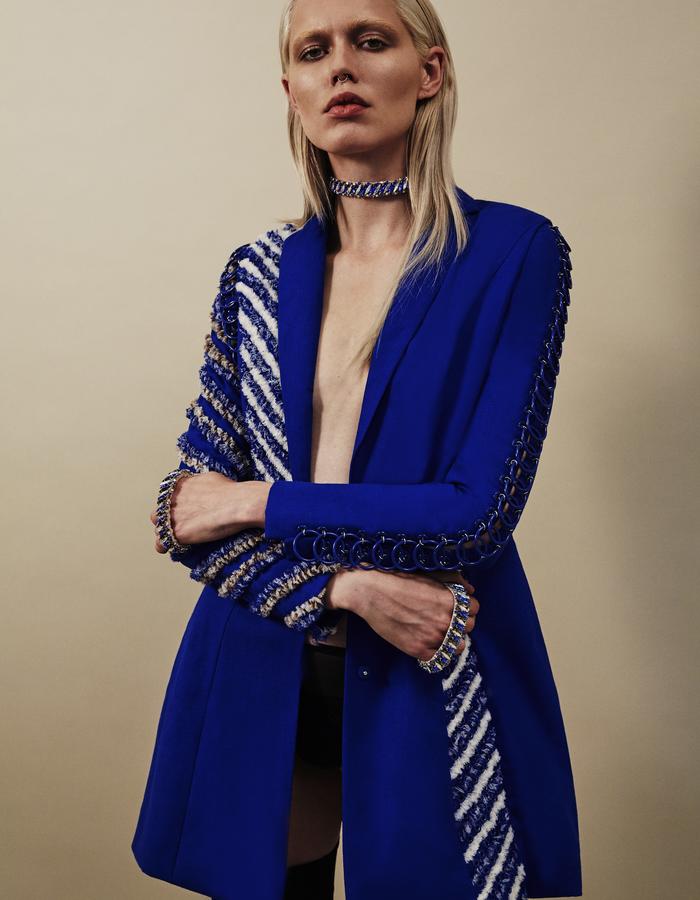