At the age of sixteen, I left my native Taiwan to pursue my dream of becoming a fashion designer. After a year spent in Canada, perfecting my English and planning my next steps, I knew that if I was going to make an honest attempt at breaking into the fashion industry, I needed to throw myself into the heart of the North American fashion world--New York City. Arriving in NYC was an absolute shock, forcing me to navigate a world I knew little about, employing a language that still felt all too foreign. Yet, although at first every day was a struggle, I was immediately overwhelmed by the openness of the people and the sheer magic of the culture. It was ultimately this love affair with New York that motivated me to persevere, continuing to hone my English until I felt prepared to move on to a proper education in fashion. After four years, I enrolled in Parsons School of Design, where I spent eighteen wonderful months soaking in all the knowledge I could. However, despite my love of the city, my studies ultimately lead to the realization that my passions lie in the world of Haute Couture. Once again, I came to the painful conclusion that following my dreams meant leaving a familiar life style and language,if I wanted to learn Haute Couture from the very best, I had to be in Paris. So, with only six-months of beginner’s French under my belt, I stepped off a plane at Charles de Gaulle and began classes at Parsons Paris in the spring of 2016.

It was draping, pattern making, embroidery, etc. In the service of crafting vintage-inspired, modern takes on contemporary French fashion. At every turn, I’m interested in infusing the romance of a bygone Paris with recent innovations in the fashion industry, inspired by classic figures such as Dior as well as contemporary voices such as Alexander McQueen, with the goal of creating overlapping images of Paris’ past and present in a single design. 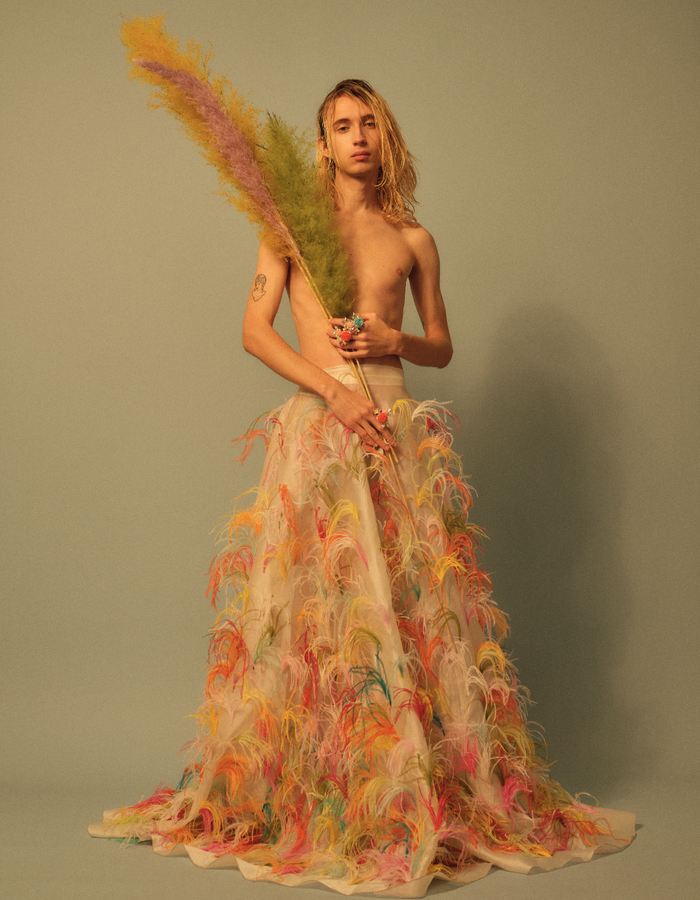 Recently, I went back to my childhood home and garden. This bought me back memories of when i would dress up and try on my sisters clothes when they would leave the house. i would dance aroind in their dresses and skirts in our family garden surrounded by beautiful flowers. these memories of a carefree and innocent time inspired me to creat this collection. I wanted to honor and celebrate my memories and the spirit of my childhood. in this collection you will see embroideries of the human heart SURROUNDED by flowers. the heart motif is a representation of me and the INNOCENT e that i remember and still carry with me today, and the heart is protected ny flowers from my family GARDEN and the memories that i have of this special place to me. i wanted to share the spirit of my memories and the SPIRIT of my innocence with the bright and charming COLOURS and exuberant volume and proportions to express this sense of freedom in this COLLECTION.