Vasso Consola was born in the beautiful island of Crete.

At the age of 28 she moved to New York and studied Fashion design in
Fashion Institute of Technology. Later on she also attended costume design
and stage design classes in Athens. After a sucessful colaboration with top
couturier Loukia in Athens she created the brand Vasso Consola designing
Haute Couture and pret a porter lux collections and a year after she started
experimenting in knitwear in which she had a bid success being labeled as
top knitwear designer in Greece.

In her 15 year career as an indepented label she designed collections for top
Greek companies collaborated with top boutiques in Athens selling her
collections, designed costumes for theatrical plays and paritcipated in many
fashion exhibitions. She was founder member of Hellenic Fashion Designer
Association and member of the Board for the years 2009 and 2010 while she
presented her collections for many years in Athens Fashion week. In 2012 she
moved to Berlin and since then she lives and works there. Until now she has
created many succeful collections and products like ID dress and this year she
presents Origami Blues the first Origami inspired head piece collection while
she is organizing a knitwear line for the luxury mass market.

Her great love has always been the ancient Greek chiton and admired all
those who had reinvented. (Mariano Fortuny Madame Vionnet Jean Desses
James Galanos Chanel, Dior) Vasso is rightfully as genuine Greek, one of
those who wanted to play with the chiton. While studying in fashion school
Veloudakis and Fashion Institute of Technology special attention was given to
education in draping. She wanted to escape the limitations of industrial
patterns because as she says (I see clothes as wearable works of art, three-
dimensional as I like to design).

Great admirer of architecture is inspired by the modern to create her atelier
collection. Her collections are notable for their ceaseless experimentation and
re-evaluation of the classical and the avant-garde. With inspirations drawn
from architecture to theatre, the results are designs which place great
emphasis on geometry, and the female form. 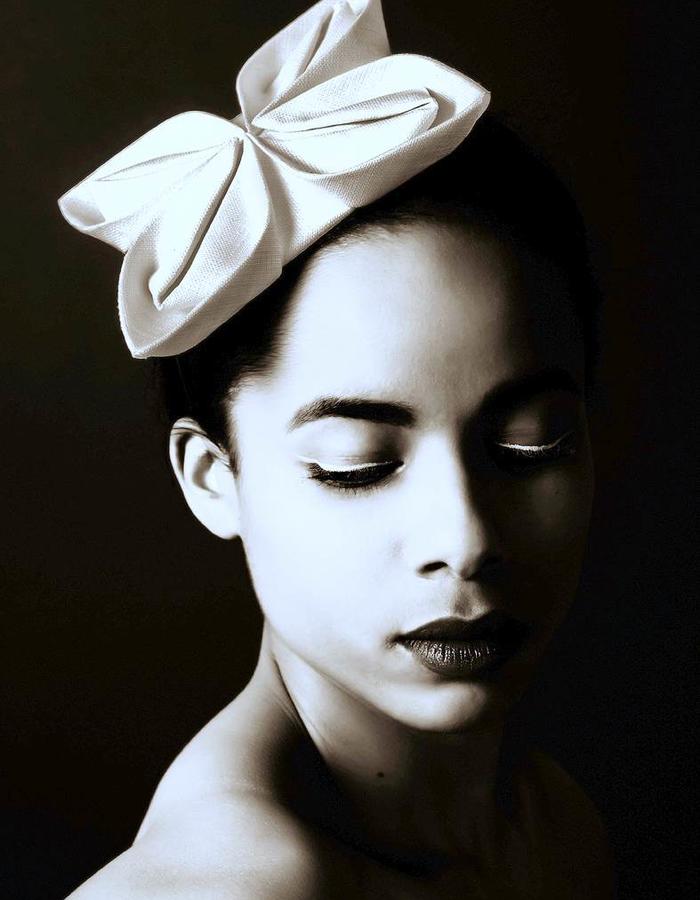 This collection launches the beginning of whole new series of origami inspired accessories that will be a continuum. The first collection presented consists 8 hat inspired from traditional origami shapes except the shell which is a variation of Tomoko Fuse's shell.

My desire to experiment with this technique as well as my longtime desire to design hats were my motivation to create this collection. I was fascinated from the fact that a 3D geometrical form could be generated from only one square piece of paper. Also the unruptured relation that origami has with mathematics and geometry, upon which my work is based, stimulated my interest in deepening my knowledge of this technique. I chose to apply it in the creation of accessories, starting with hats. The reason for this lies in my question: « Why has nobody ever thought of creating something wearable out of these wonderful forms?” So here was my opportunity to do it.The game of origami functioned like a link to my childhood when creativity was related to discovery and fun.

The origami blues emerged as our presentation theme because we wanted to avoid clichés that require that all things Japanese have to be photographed with the analogue minimalist style. We wanted to contrast this cliche and added a little bit of emotion. So we decided to use an African originated beauty. As a result we had a theme that referred to blues with music setting the atmosphere for a series of divas whose wonderful voices submerge us into the depths of our emotions. This is an interesting antithesis to the austerity and rigour behind the geometric theorems of origami.

This collection will be available in shops from Summer 2015 and there's also a series of bags and clutches coming next from the same inspiration.