In 1935, the fabric store Louvre was opened in Curitiba, Brazil. In 2007, the third generation of the family launched NovoLouvre in a building built by Miguel Calluf, founder of the Louvre. In this building, located in the historic center of Curitiba, much of the collection NovoLouvre is created, produced and marketed. NovoLouvre brings Curitiba's fashion and style to all the World.

MADE IN DOWNTOWN CURITIBA, BRAZIL

NovoLouvre is a brazilian emerging brand with contemporary modeling and unique digital printing. With artistic references from his hometown the brand brings a new modern vision of what fashion should be.

NovoLouvre is a "fashion design office" instead of garment factory the NovoLouvre innovative processes replace steps and creates new technologies that contribute to the economic and social sustainability of the fashion chain.

With six collections NovoLouvre has significant sales in the domestic market, two participations at Who's Next in Paris and nine retails in Japan, including the Sogo & Seibu department store. 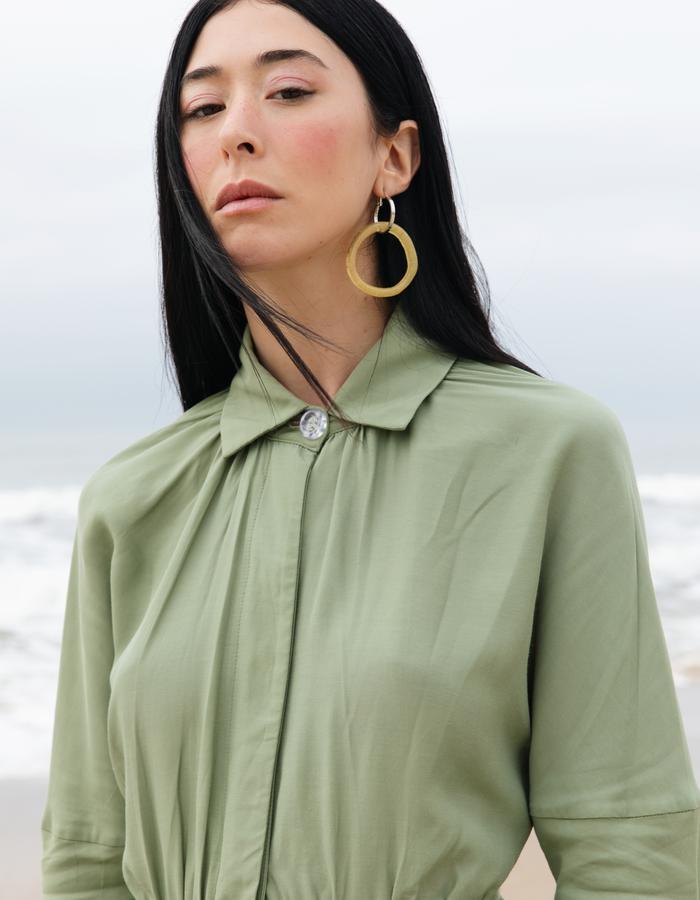 palimpsest
παλίμψηστος,is a manuscript page, either from a scroll or a book,
from which the text has been scraped or washed off so that the
page can be reused for another document.

wheat paste
Wheat paste (also known as flour paste, or simply paste)
is a gel or liquid adhesive made from wheat flour or starch
and water. It has been used since antiquity for various arts and
crafts such as book binding,[1] découpage, collage, papier-mâché,
and adhering paper posters and notices to walls. Closely resembling
wallpaper paste, a crude wheat flour paste can be made by mixing
roughly equal portions of flour and water and heating until the
mixture thickens.
Activists and various subculture proponents often use this adhesive to
flypost propaganda and artwork.
When hanging unauthorized billboards or signage, to reduce the danger
of being caught, wheatpasters frequently work in teams or affinity groups.
In the United States and Canada, this process is typically called
"wheatpasting" or "poster bombing," even when using commercial
wallpaper paste instead of traditional wheat paste. In the United Kingdom,
commercial wheatpasting is called flyposting and wheatpasting associated
with urban art is called paste-up.
Font: Wikipedia

vantees
Estevan Reder is a photographer from Curitiba with intense photographic
production reproduced in Paste-up scattered throughout Brazil and Latin America.
The proposal is not to be afraid of the other, not to kill the difference, and respect
their identity, in a broad sense that encompasses the aesthetic, the narrative,
the social and the ideological.
"All human communication begins in the primary media, in which individuals
meet face to face, bodily and immediately, and all communication resumes there "
(Pross, 1972: 128)
It is with the body, generating bonds, that someone takes ownership of
their own space and time of life, sharing them with
other subjects. But it is also there, in the establishment of links,
material or symbolic, which initiates the appropriation of space and
time of the life of others.
Pasting walls, streets.
Paper, paint, glue and mop.