Kit Wan is an Oslo-based fashion designer and visual artist from Hong Kong. Following his BA studies at the Hong Kong Polytechnic University in fashion design, he completed his Master’s degree at the Oslo National Academy of the Arts in 2016.

Exploring manga, high-tech, sci-fi and mechanical aesthetics, Wan’s cult-like body of work navigates the contemporary world through diverse art forms and clothing design. Using his clothing collections as a direct medium to visualise his distinctive motifs on bodies, it branches into concepts of uniform and body armour/ extension. Through dramatically constructed shapes, colours, fabrications and steady development of designs, his clothing collections are articulated with the evolvement of fictional storylines in his manifested universe.

Wan’s distinctive multicultural work and vision have been gaining momentum from a wide geographical and creative spectrum, stretching from Hong Kong to Oslo. With his cross-cultural background, he creates an universal visual language that bridges his world to the contemporary cultures. His work has been covered by the likes of GQ Italia, Vogue Italia, Elle Norge, WGSN, Fucking Young!, Highsnobiety, Recens paper and King Kong Magazine, and featured at ‘Urban Influence fashion exhibition’ at the Spring Studios, New York in 2017. Wan also received recognition from The Arts Council Norway in 2017 for his collective work, by receiving the young artist scholarship.

The first official S/S 19 collection is set to be launched on the 16th of August this year both in Oslo and Online. 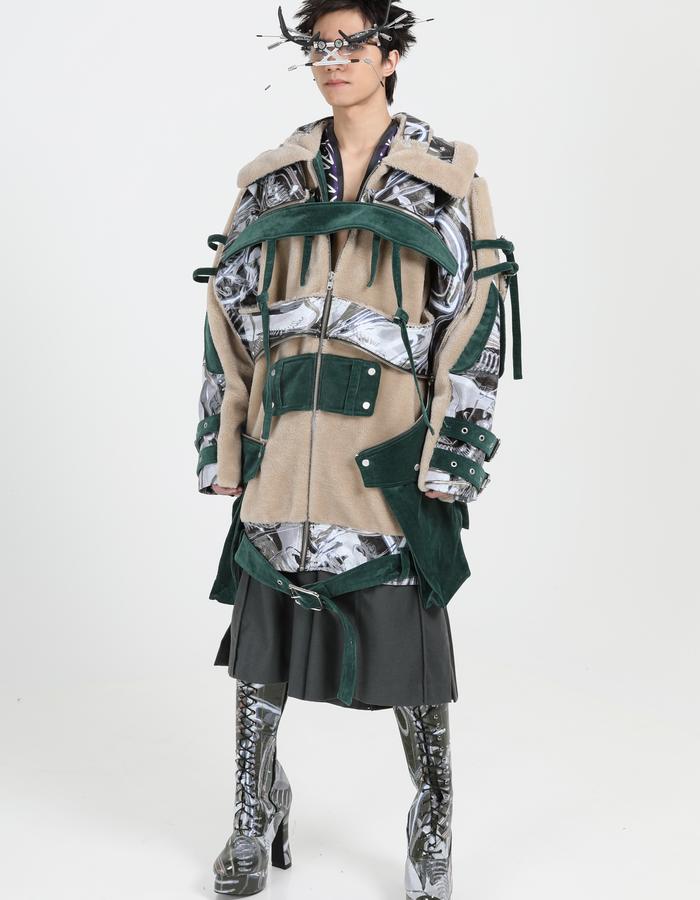 “Chapter 001 第壹章: The Clanging Beloved ” is the first offical commercial collection by
Kit Wan Studios and is in collaboration with Epson Europe, as Kit Wan becomes the new addition
to the list of designers like Richard Quinn and Edda Gimnes to recieve printing sponsorships
from Epson Europe.
This chapter begins with the story of Freder , a purus ( non-bionic human ) from a
notorious local bike gang, who falls in love with his motorbike #921124 in the sense of
mechanophilia. As his desire and affection grow, Freder undergoes human alteration treatment
to become one with his motobike. #920124 is the most faithful campanion to Freder’s unruly, yet
romance-fueled life and is the carrier of all his pride and love,when he has no one to count on.
The mobile suit and mechanical aesthetic of Kit Wan Stuidos is continuously prominent
with a hint of romance, and is further developed in this F/W19 collection. With key high-waisted
and full/knee-length pieces, the silhouette of low-slung motobikes are recreated on the body.
The essence of prints is put onthe matellic texture, reflection and fluidity of metal pieces in
dim-light setting, while being still or be in motion.