Kenta Matsushige is graduated from the Chambre Syndicale de la Couture Parisienne in 2012. He lives and works in Paris. « A work installed within a bucolic setting orin a small provincial town, will have more presence than lost in a city. My collection aims to be urban and modern whilst respecting hinabi, pastoral beauty, which is in opposition to miyabi, urban beauty ». Collection produced with the support of Tessitura Monti India Pvt.Ltd., NIKKE-The Japan Wool Textile Co. Ltd., Amy Cuir - PremièreVision. Led this year by Carol Lim and Humberto Leon, the Hyères Festival jury has awarded the Grand Prix du Jury Première Vison to young Japanese designer Kenta Matsushige for his Hinabi womenswear collection, inspired by "the architecture of Japanese museums, the peace of the countryside and its traditions". The Japanese designer from the Chambre Syndicale de la Couture Parisienne couture body was chosen from a shortlist of 10 other young designers, who also showed their collections this weekend. Inspired by the architecture of Japanese museums and the augmented reality videos that allow virtual 2D or 3D elements to be added to our natural perception of reality, the collection was voted to win by the Festival jury. 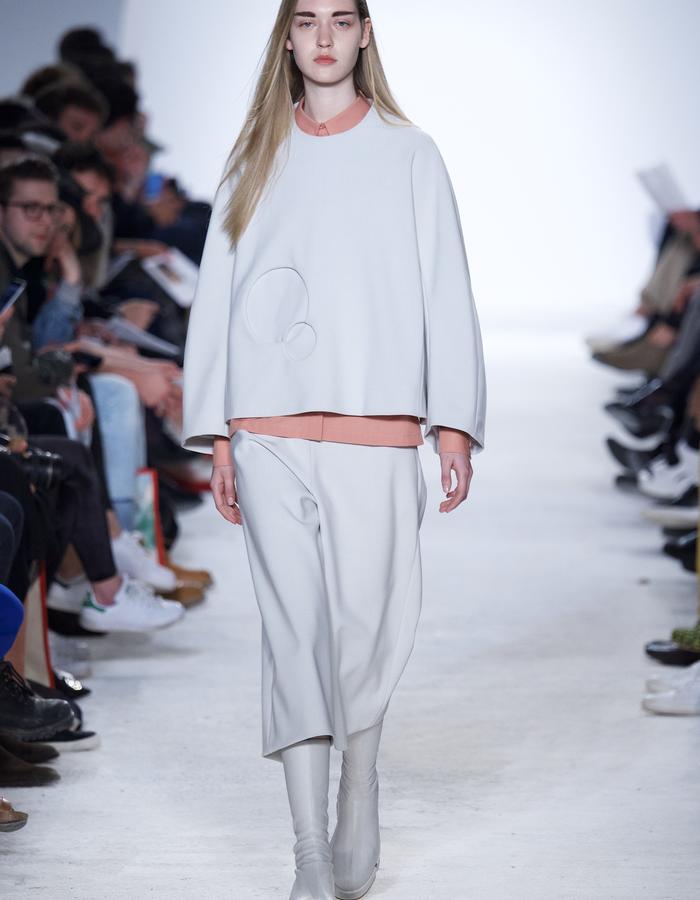