Jayne Pierson has gained a wealth of luxury brand experience interning and working for couture designers Alexander McQueen and Vivienne Westwood. Jayne worked on the pattern-cutting of special orders for private couture clients for Vivienne Westwood and worked extensively on the S/S 2009 women's wear 'Do It Yourself' Gold Label and A/W 2008 'Chaos Point' collections including the Paris S/S 2009 couture show and the S/S 2008 Alexander McQueen couture show.

Since setting up her own label, Jayne has received much press attention including bespoke comissions garments for many high-profile actresses and Brit Award winning singers and musicians.

Jayne is in her third season to show at London Fashion Week and her second at Paris Fashion Week. She continues to garner accolades whilst winning a vanguard of loyal followers including most recently La Roux and Charlotte Hatherley.

Graduating from the University of Glamorgan with a first class BA Honours degree in Fashion Design, combining additional units of study from Central St. Martins, London, Jayne went on to win the London Graduate Fashion Week Ecological Design Award 2007 amongst many other national competitions.

Prior to starting her career in fashion British designer, Jayne Pierson, worked right across the media industry for the best part of a decade, primarily as a singer/songwriter with EMI and in A&R with her own group achieving a top twelve single in 1995 and winning the favour of BBC Radio One DJ, Jo Whiley with 'favourite single of the year'. She has worked on music promos, advertising and marketing campaigns and various other creative projects for high-profile artists.

This insight into the fashion industry and media puts her in the privileged position of being an industry insider, consumer and designer which has better enabled her to maximise her market. Pierson successfully showcased her debut S/S 2010 'Paladin' Collection exclusively with On|Off, the renowned independent showcase during September 2009 London Fashion Week, sponsored by Vogue.com and Lotus.

All garments are made in the UK. 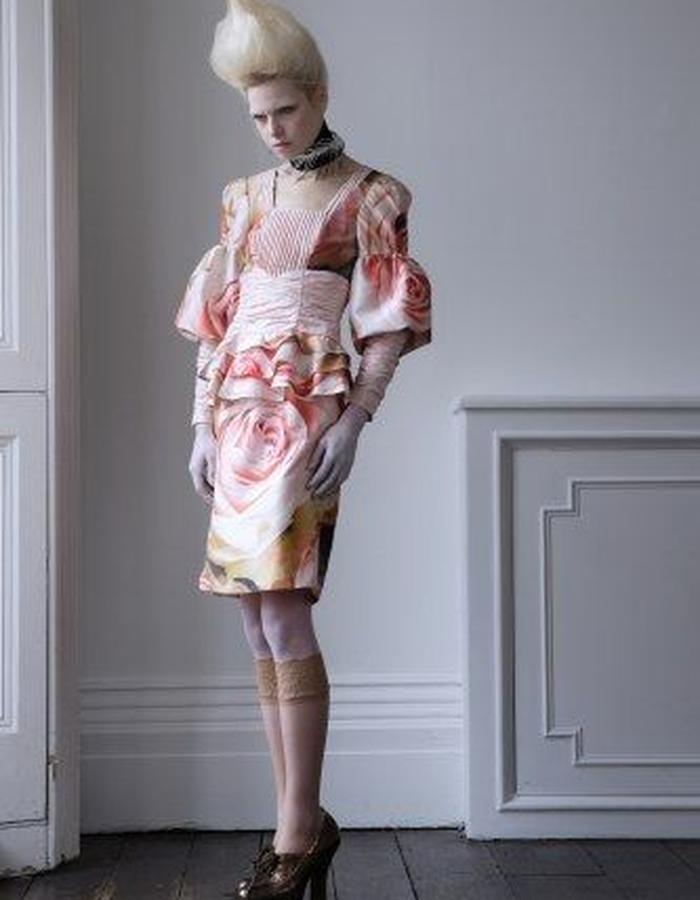