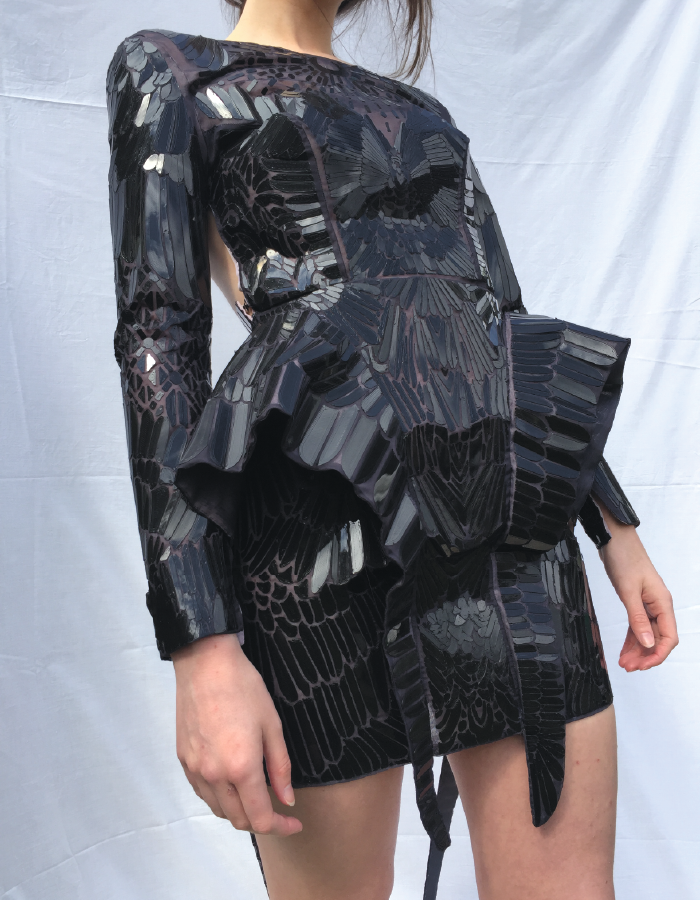 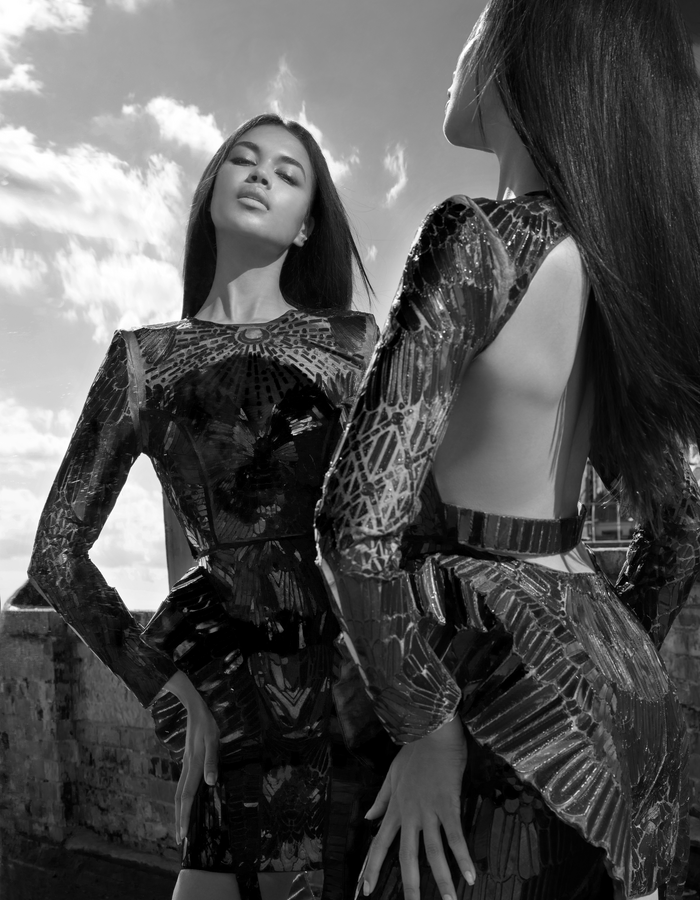 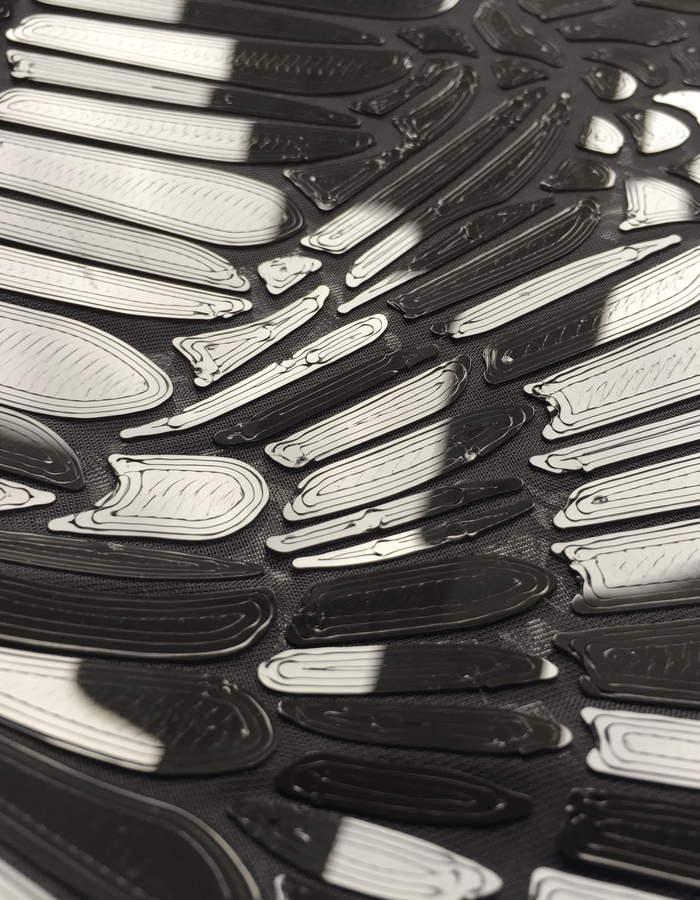 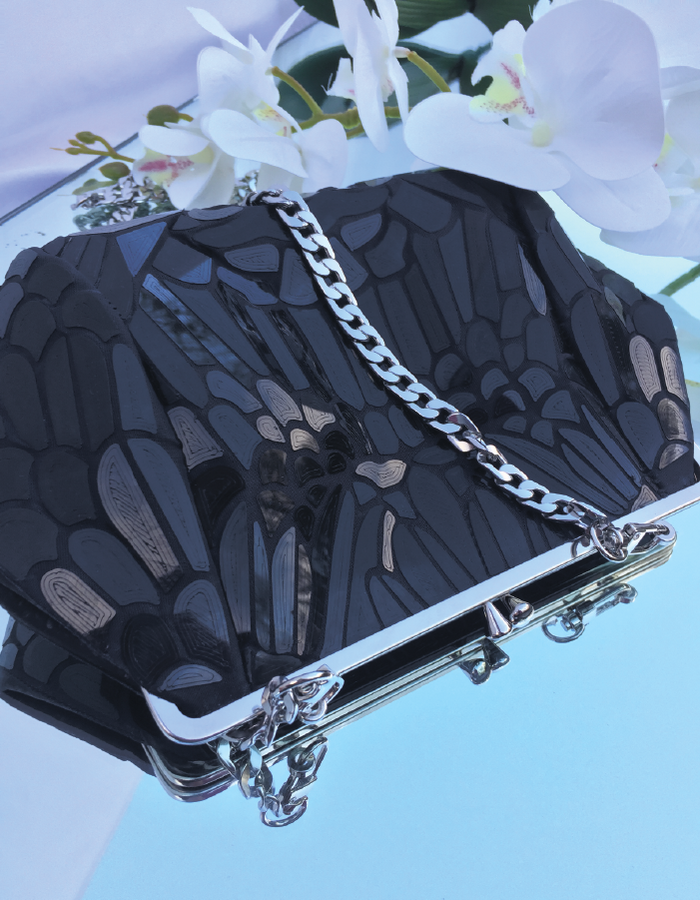 FUTURE MYTHOLOGIES explores a scenario which fast forwards to a time where wildlife and species could be forced to evolve under new atmospheric conditions caused by climate change and pollution. SOPHIE PARNABY was inspired by biomimicry from various species, and merged a range of features to transform the wearer into a surreal hybrid. Regarding the use of 3D printing as a futuristic and more sustainable method for creating embellishment, FUTURE MYTHOLOGIES embraces considered production, whilst acting as a warning against over consumption and waste. 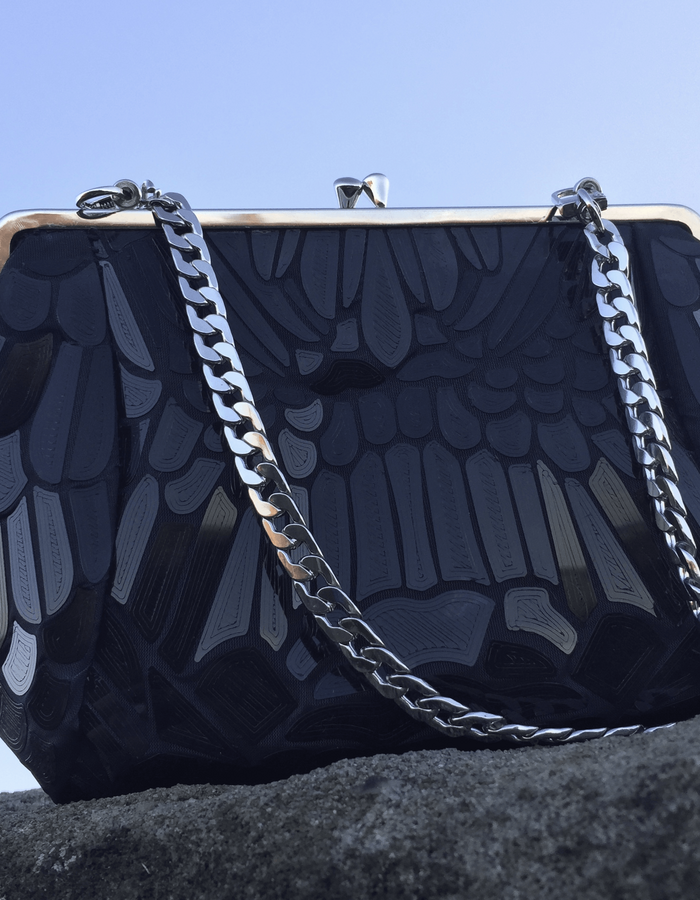 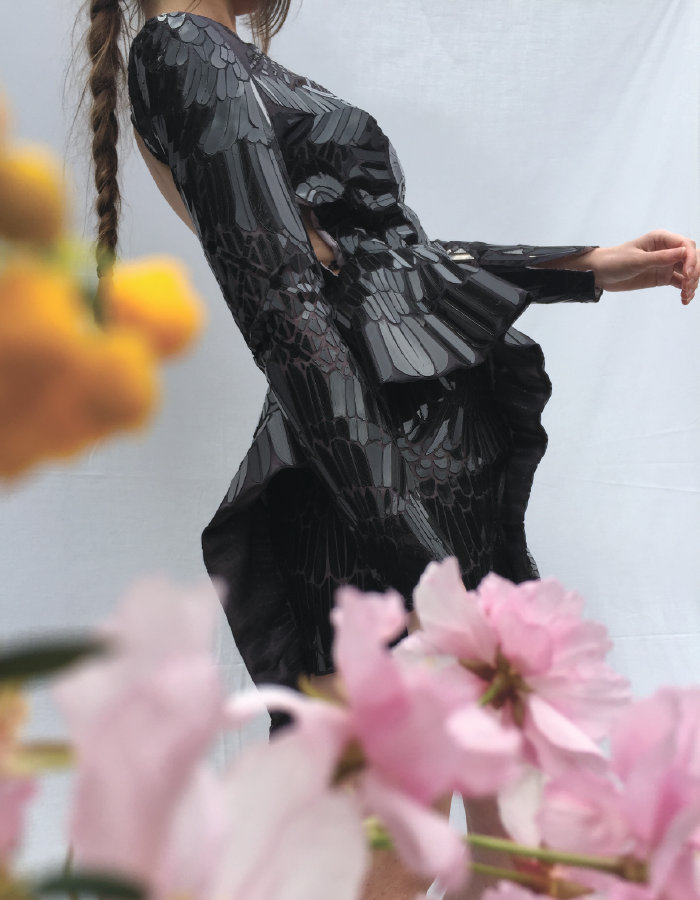 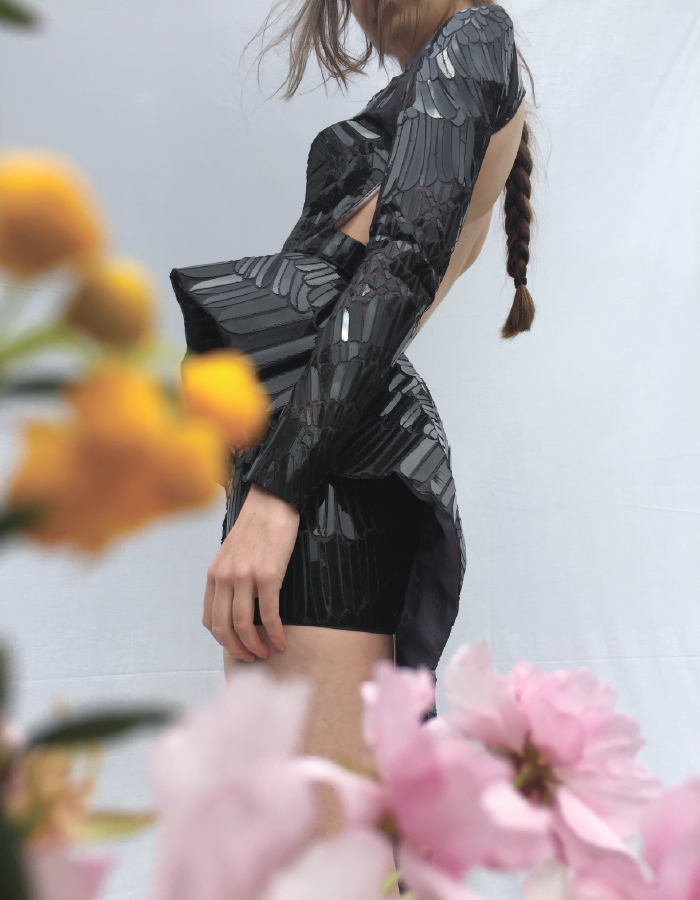 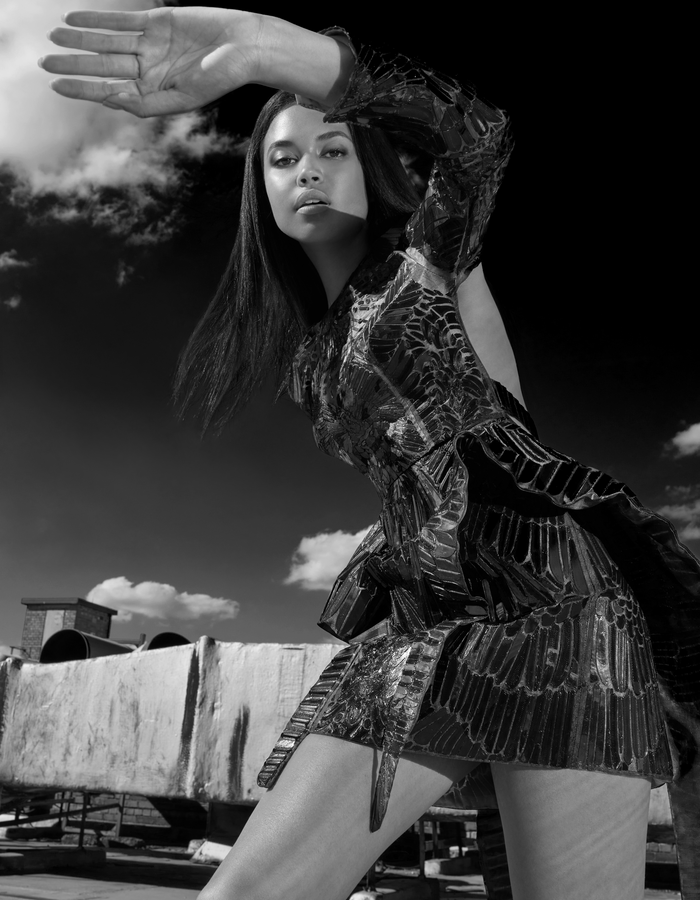