Combining irreverence and playfulness with haute styling, each CIMONE creation is a timeless piece designed to stand-alone and work within a modern woman’s wardrobe.
Based in London, and working exclusively with specialist professionals, the studio hand crafts and develops each garment in house. Underpinning each design is a strong emphasis on finesse, where every detail is carefully considered and lovingly nurtured throughout each stage of production. No compromises are made to achieve the highest quality.
Pearson’s vision for CIMONE is a self-assured, forward-thinking brand, underpinned with integrity, where the studio functions like an atelier of yesteryear, allowing for an organic design process to develop naturally.
Modern materials and innovative production methods reinvent the familiar. CIMONE is luxury with a youthful spirit, melding raw experimentation with a polished aesthetic.

Pearson has worked in the industry since 2003, firstly at Stella McCartney, where she spent almost seven years. She later moved on to various senior roles, including Design Director at Alexander Wang, Head of Show Collection at Pucci, and Head of Womenswear at McQ, Alexander McQueen.
She has also consulted for a number of other designers both at home and internationally, including Temperley, Jaeger, Equipment, Iris & Ink, and Orlebar Brown.
After being awarded an MA scholarship grant from the British Fashion Council, Pearson went on to study a Central Saint Martins under Louise Wilson, graduating with an MA in Womenswear in 2003. Pearson is now based in London. 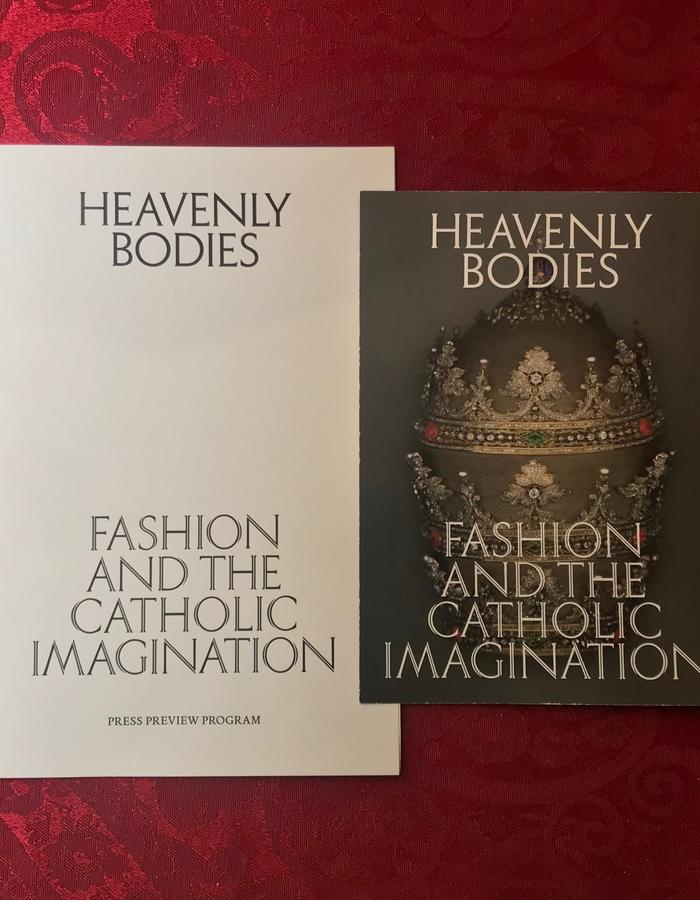 We are proud to announce that we are featured in the MET Museum exhibition "HEAVENLY BODIES"Fashion and the Catholic Imagination, from MAY 10th until October 8th in New York, America.
Our piece can be found in the main Medieval gallery The Met Fifth Avenue.

The Costume Institute’s spring 2018 exhibition, Heavenly Bodies: Fashion and the Catholic Imagination, on view from May 10 through October 8, 2018 (preceded on May 7 by The Costume Institute Benefit) is on view at The Met Fifth Avenue—in the medieval galleries, Mary and Michael Jaharis Galleries for Byzantine Art, part of The Robert Lehman Wing, and the Anna Wintour Costume Center—and uptown at The Met Cloisters. The thematic exhibition features a dialogue between fashion and masterworks of medieval art in The Met collection to examine fashion’s ongoing engagement with the devotional practices and traditions of Catholicism. A group of papal robes and accessories from the Vatican serves as the cornerstone of the exhibition, highlighting the enduring influence of liturgical vestments on designers.

Exhibition Overview
The exhibition features approximately 40 ecclesiastical masterworks from the Sistine Chapel sacristy, many of which have never been seen outside the Vatican. Encompassing more than 15 papacies from the 18th to the early 21st century, these masterworks are on view in the Anna Wintour Costume Center galleries and include papal vestments and accessories, such as rings and tiaras. The last time the Vatican sent a loan of this magnitude to The Met was in 1983, for The Vatican Collections exhibition, which is the Museum’s third most-visited show.

Providing an interpretative context for fashion’s engagement with Catholicism are more than 150 ensembles, primarily womenswear, from the early 20th century to the present, on view in the Byzantine and medieval galleries, in part of the Robert Lehman Wing, and at The Met Cloisters alongside medieval art from The Met collection. The presentation situates these designs within the broader context of religious artistic production to analyze their connection to the historiography of material Christianity and their contribution to the construction of the Catholic imagination.