Camila Castillo Neumayer was born in New York City to gallerist and art curator parents which instilled in her the love for the arts at an early age , thus the intricate and sculptural feel of her work . Pursued a career in fashion after studying graphic design .

Her work has been featured in numerous international publications such as Vogue , Elle, etc and she has showcased her work in such prestigious fashion events as Los Angeles Fashion Week , CONCEPT LA , Australia Eco fashion week and Van Fashion Week.

Her intricate pieces have been showcased as well in gallery shows around the globe such as Red Vatican , London , United Kingdom in and now in Contemporary Costumes for the 21st century , the next generation to be held in Russia in May 2019. She lives and works in the United States of America .See more at camilaxcastillo.com 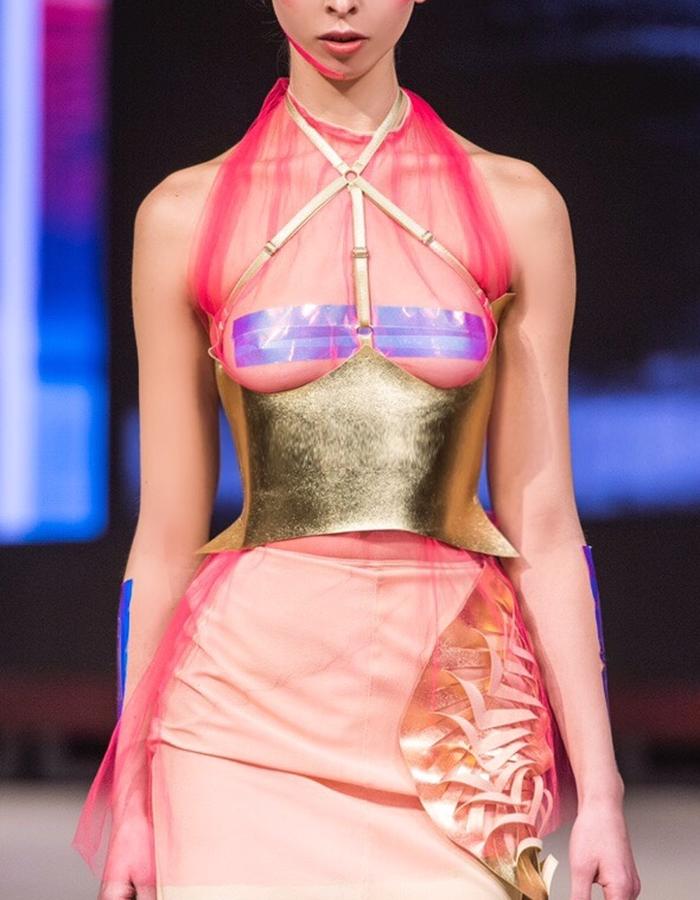