Who We Are
We lived in New York, fell in love in Catalonia & discovered our style in Denmark; just a few key milestones in the AVIE journey.

We are for the trailblazers, boundary pushers & women making their mark in the world.

AVIE stands for sustainable, ethical, investment pieces. Working with fabrics & manufacturers from Britain & Europe, we know our people, helping & supporting them in every way we can.

Sonya
Sonya moved to New York in 2005 to be an assistant designer & studio director under Junko Yoshioka, a couture bridal and evening-wear designer on Spring Street in Soho, NYC. While developing new skills and techniques, she was attending to clients like Demi Moore, Jessica Alba & Helen Hunt, for events such as the Academy Awards.

Moving back to London in 2008 she continued her career in Mayfair before foreign shores came calling again. Headhunted to be a designer for Bershka in Barcelona, she was able to learn a new language both in speech and design. Sonya quickly fell in love with Barcelona’s culture, architecture and passion.

The end of 2011 brought a new challenge with another style and language to absorbed into hear creative process. Bestseller in Denmark became Sonya & Liam’s home for 3 years. The minimalist ethos and lifestyle were a large contributor to the AVIE DNA.

Between 2015 – 2017 their journey took them Turin, Italy followed by Melbourne, Australia. Furthering her knowledge and expertise enabling Sonya to become Head of Design of a number of established labels.

Sonya along with Liam returned home to the UK in 2018 to finally combine their experience and expertise to launch AVIE.

Liam
Liam’s journey could not have started further away from Fashion or Art Direction.

In 2001 at the age of 16 he left Lancashire to train as a Civil Engineer in Kings Lynn, Norfolk for 4 years. The following years took him from Manchester, Liverpool, Bristol & London working alongside leading Architects and Structural Engineers on many prestigious projects; most notably was the construction of the 2012 London Olympics.

During this time there was a passion lying dormant, a side project began with acting, photoshoots, and shorts films. Early 2012 saw Liam move to Denmark along with Sonya to become the Photographer and Videographer at Bestseller.

Over the next 6 years was fortunate enough to create a number of lookbooks and photo campaigns throughout Europe and NYC and Australia. Combining his love for film making and lighting, he and Sonya directed and produced a number of international nominated short films together.

Moving back to the UK along with Sonya; they believed with their combined knowledge, a fashion label could be forged that incorporated their worldwide journey & experiences along with the new concept of Luxury Slow Fashion.

Together
Based in our Yorkshire studio we plan to grow the ‘AVIE World’ by working with the fantastic local talent and provide luxury slow fashion for everyone in the UK and beyond.

This is only the beginning and we are honoured and humbled to have the chance to make our dreams and passions into reality.

We thank everyone that we have lived & worked with over the last 20 years. You have taught, guided and moulded us into the people we are today. 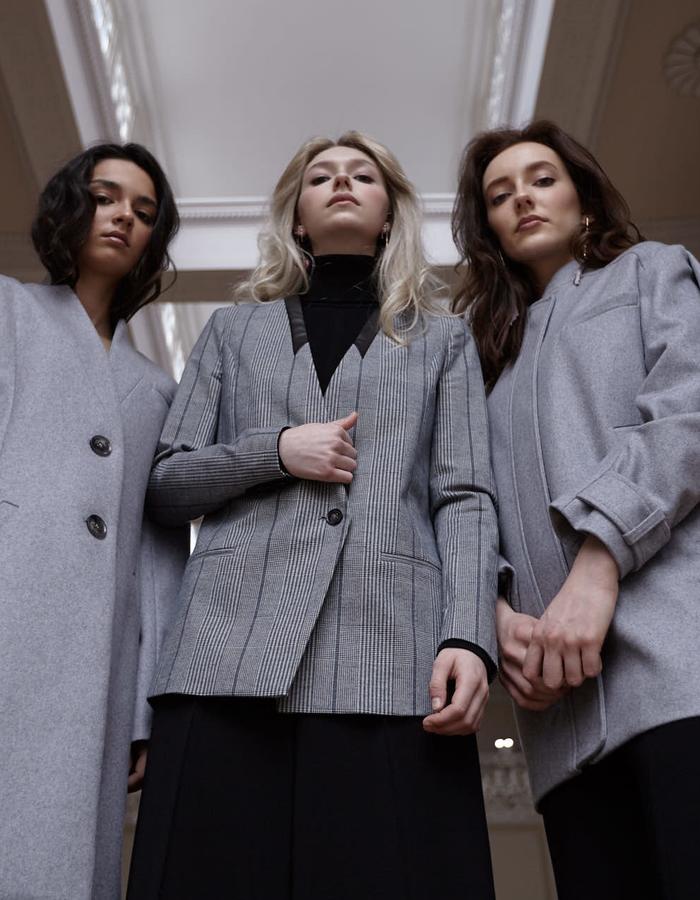 Edition 1.0 Collection
Our debut collection is know as Edition 1.0, our origin story. Relating to our core beliefs.

Edition 1.0 is about moments; moments when a woman wants to feel powerful and authoritative to an audience; polished elevated styles that work with any ensemble day or night.

Subtle details accentuate the fine craftsmanship that each piece has endured, highlighting closures, necklines and especially the cuff & sleeves.

Attention to workmanship only further amplifies the beautiful overall pieces. Working to become a versatile item within your wardrobe, that you will be reaching for, from this season to the next & seasons to come.