Before 7am celebrates individuality. We focus on detachable collars that give your look a 'cleverly understated whiff of haute couture'. We intend to add that certain something to your outfit that makes heads turn as you walk by or join the video conference. Before 7am designs according to sustainable and ethical standards, using exceptionally high quality textile and producing manually in Europe.

Annabel Kleijweg, founder and lead designer of Before 7am, began her career in Law but continued to feel an itch that only the ethical world of fashion could scratch. She moved to Milan and ventured right into the fashion management classes of Bocconi University. Hereafter, Annabel worked for Google and consulted online fashion giants on their online marketing strategy. Out of all these experiences - Before 7am was born - an ethical, online-first fashion brand at the top end of the textile based accessories category with a distinctly niche and boutique bouquet. Headquartered in creative Berlin, Kreuzberg, Annabel never forgot her Dutch roots and stitched them into every piece.

The journey from here on became thrillingly fast. Before 7am has been featured on Berlin Fashion Week throughout the last years, was picked up by Vogue and a variety of the coolest photographers, designers and brands feature Annabel's collars in their shoots, portraits and videos to create that unique look we describe above. Since 2019, Before 7am is a global brand, delivering world wide and making sure that individuality shines bright on you, no matter in what circumstances.

P.S. We proudly support and appreciate all genders from defined to undefined and non-binary. 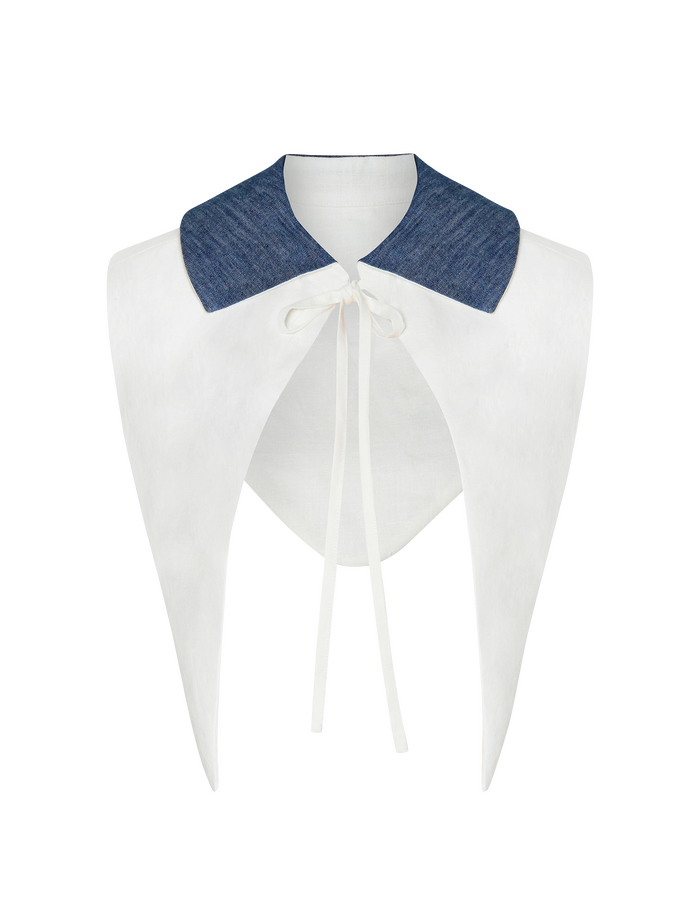 Ones’ place of birth carries significance. It provides the texture out of which we are made. Today I ask - What is the essence of my birthplace, the essence of being Dutch? Several things come to mind with an eye on the past . Like the golden ages and its spirit of exploration, sea faring and discovery. Foreign places far away such as Sri Lanka, Indonesia or the Carribean. Driven by curiosity, by wanderlust and adventure my ancestors built wooden vessels, packed their sailors bag and sailed into the sunrise.

Associations of the present are pleasantly tame in contrast and I picture old Amsterdam where locals on bicycles squeeze through narrow cobble streets alongside canals and over small bridges bordered by curiously crooked brick houses. In the evenings, passages are beautifully lit by orange street lights that mirror on the water. The occasional whiff of marijuana lingers in the air perhaps...Life is good, it is easy and agreeable.

But deep down, aren’t you hungry? Are you not looking for a quest, an escape (back) into the unknown. Don't you want to feel the wind in your hair, the earth under your feet and let your gaze sweep over the far away horizon?

Let’s go back in time again together and rediscover...

... a period in our history where we let adventure, colour and splendour in. Where we accepted the unknown, nay we longed for it and drank it down eagerly, passing a magnificent chalice of life around amongst ourselves. We built majestic cities, painted masterpieces so large and elaborate that they would not fit into an ordinary house, they required castles to be hung. We dressed up in flamboyant gowns and danced and laughed and were rich and wild and free.

// Roots is a series of collars inspired by the spirit of the Golden Ages of 17th century Holland and explores the question, what does it mean to be Dutch?