Sandhya Garg was recently seen at Project Runway Season 13, She won 2 Challenges, Was in Top a lot and her work was loved by Heidi Klum, Nina Garcia and Zac Posen. She showed her Finale Collection at Mercedes-Benz New York Fashion Week as part of the Project Runway Show 2014.
She has work experience at Alexander McQueen, Gucci, Alice Temperley, Izmaylova and Liberty London.
She finished her Womenswear specialization HONS DEGREE from London College of Fashion, UK - the flagship course of the university and scored a very high score for the same.
Her work has been featured in Marie Claire US, Elle India, Grazia India and Cosmopolitan India to name a few.
Her final year collection has been used by Vogue UK stylists Zadrian smith for many press shoots in London.
She was a finalist at the B Focus print competition, held by Brown's London.
Finalist at Nina De York, most prestigious Illustration competition of University of arts, London.
Finalist at the World Sustainable Fashion Competition, Held at the Textile Design Institute London, attended by highest of textile professors and Lords in London, UK.
Sandhya Garg is a gold medalist from NIFT 2007 batch for best academic record and has won the Best Garment Collection award- A USHA INDUSTRY award for her final Collection.
She was the winner at the FDCI WILLS INDIA FASHION WEEK 2006 FASHION QUIZ. 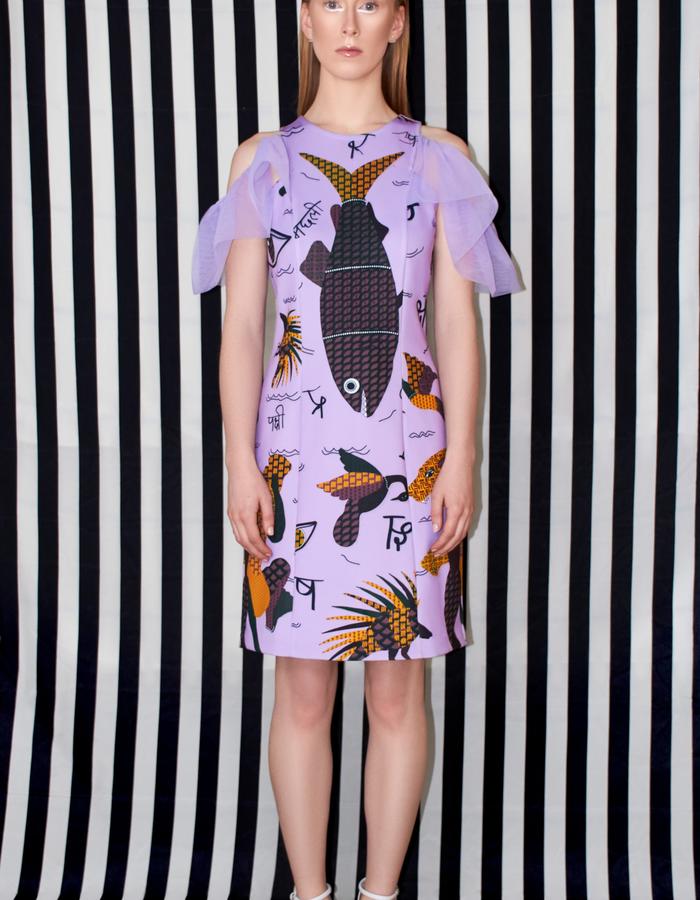 Collection Gond is inspired by its namesake tribe from the state of Madhya Pradesh, India. Artists draw inspiration from everyday life to depict scenes in a unique graphic style. Animals that are new to the place have been added to the scene to create mischief and fun.