Two Point Two as a brand is Agender and aims to create a third identity which stands for neither of the binaries and yet for both. So we incorporate the colors, details and silhouettes which might be categorically considered feminine or masculine and we form an amalgamation of both, thus blurring the line differentiating the two. We understand and accept that anatomy differs among the genders but Two Point Two believes in uniting and celebrating these differences instead of restricting people based on them. The thinking of associating things with something obvious or stereotyping is what we want to annihilate. Also, the oversized nature of our clothing plays on the fact that the same garment could be worn by people of different shapes, sizes and genders. Thus, removing the importance of the differences among them ; because the things that unite us are greater than our differences. The raw threadwork and applique embroideries, play on the ideology of "Beauty in Imperfection". Two Point Two believes that beauty exists in every soul and it's all about accepting and endorsing it as their own. All the embroideries and threadwork are done with the fabric waste from the process of production thus serving the purpose of sustainability. 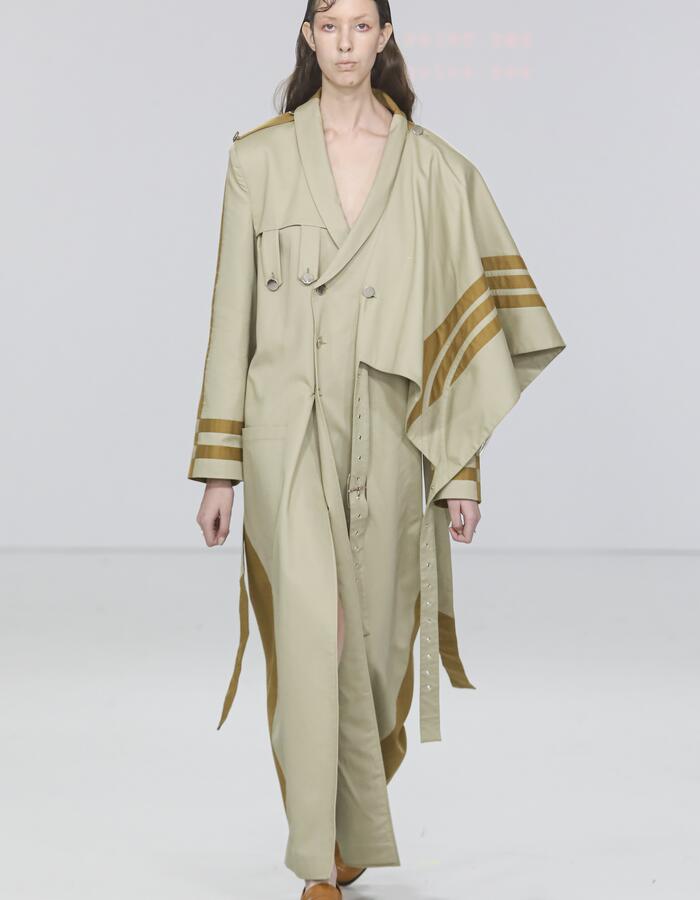 THE SELF aT LONDON FASHION WEEK

‘The Self’ embodies a reconceptualization of gender- less clothing, aspiring to refashion a world that breaks down the boundaries of gender and illuminat- ing the very uidity of it. It speaks about self-con- dence inspite of all aws and quirks. It is about nding perfection in the imperfections; about em- bracing one’s uniqueness and weirdness because that is what sets you apart from the rest.