London Fashion Week designer Stevie Crowne produces collections by reimagining, reinventing, and repurposing premiere vintage and deadstock fabrics. The brand specializes in tailoring newfound style into bespoke statement pieces each Spring-Summer & Fall-Winter. His ethos is to drive inclusivity, sustainability, and accessibility to the forefront by releasing thematic collections and commissioned projects which are socially driven and equally individualistic. 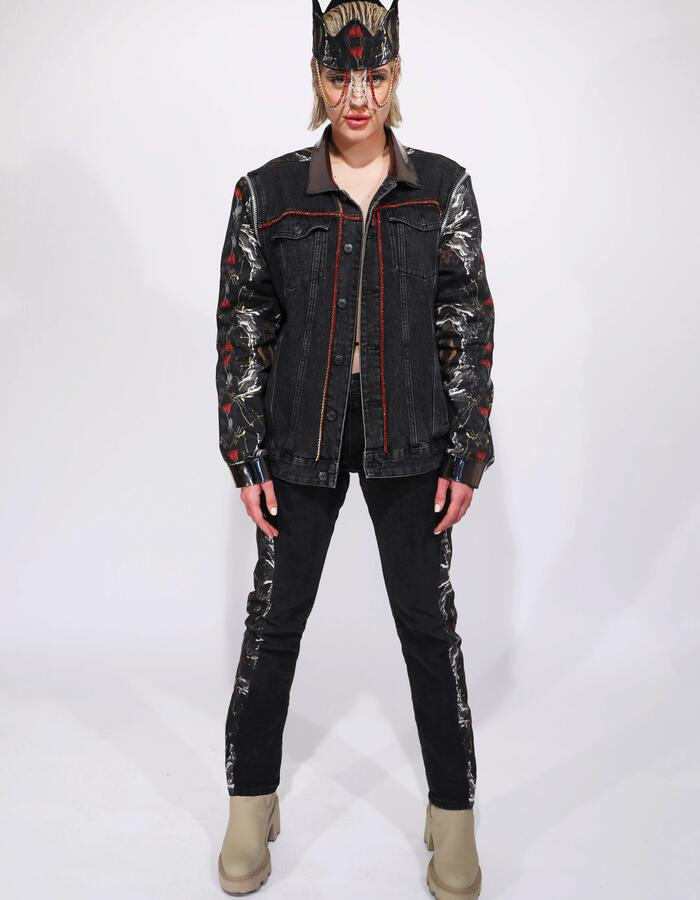 AXIS FW22 is a collection that is an equal mix between sophistication and edginess, a merge between fantasy and modernity; a collection for the modern day gods, goddesses, and heroes. AXIS is a style adventure and exploration, and it’s destination being a redefined rebellion- an aesthetic rooted in the Stevie Crowne brand DNA but with the added twist of Classical Greek mythology archetypes.

The storyline itself commences in the underworld, where Hades and Persephone reign, and as the collection progresses, we will be inspired by gods of the land; passion, emotion, & talent, such as Aphrodite and Eros, later closing with looks inspired by Zeus and Hera, the original Olympians. With AXIS specifically, I wanted to view the parallel universes between what is found in mythology and with the world we currently live in. I methodically designed an equilibrium where the balance of these two things live in harmony; a world of fantasy intertwined with reality.