Steven Van de Rijt (1988. The Netherlands) is a dutch designer.

In 2007 Steven started with a fashion techniques study at the Summa College in Eindhoven. During this study he develops a passion for craftsmanship and technique. Before graduating Steven did a 6 month internship at Marga Weimans in her studio in Rotterdam, where he was responsible for garment making as a atelier-assistant and as the collection progressed Steven got a leading position over all technical related things. In 2011 Steven graduated with his collection The Final Conqueror which after the graduation show was displayed at the Dutch Design Week 2011. After getting his diploma he took a year of to do some free experimental work and to get inspired in preparation for the art academy.

In 2012 Steven started his study at the School for the Arts Utrecht (HKU). In the second semester of his third year Steven did a 5 month internship at the renowned fashion house Viktor&Rolf in Amsterdam, where he got to experience the entire design process and realization of the Fall/Winter 2015 Couture collection 'Wearable Art'.

In 2016 he graduated with his collection Couture De Jour. A lot of appreciation came his way, with multiple award nominations in the Netherlands, Germany and Italy. Also publications in high-end magazines like Harper's Bazaar UK and Vogue Talents Italia SS17. Steven was also to asked to join the Amsterdam Fashion week at the Modefabriek 'The Graduates' to display his graduation collection. He was also asked by London, Vancouver and Shanghai Fashion week to display his work.
With some new pieces Steven joined FASHIONCLASH for a exhibition in China. Also some pieces will be featured in the new short film from the director of the 'Yves Saint Laurent' movie which is currently being filmed. 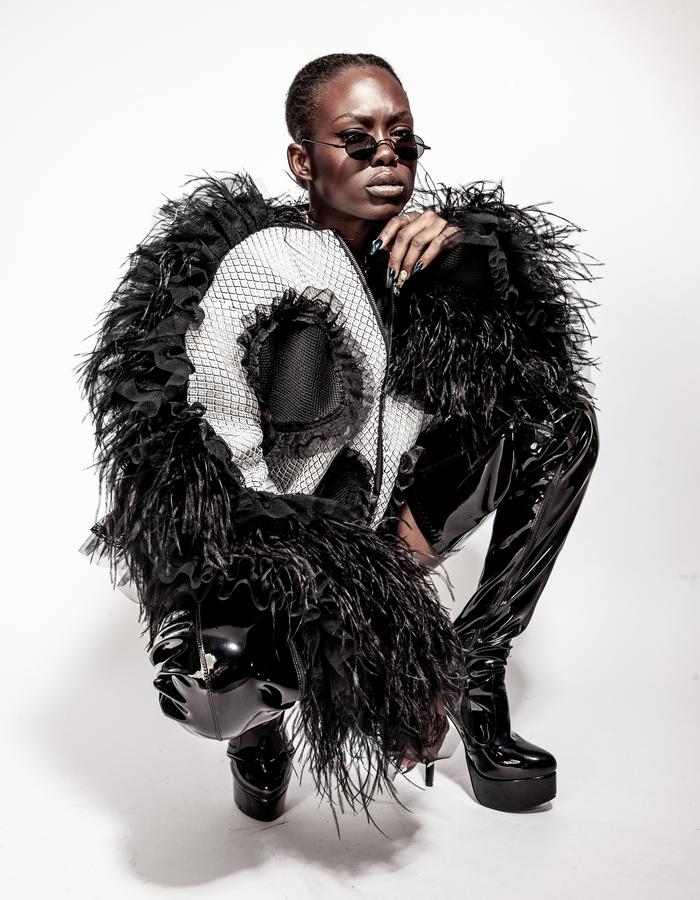 WEDNESDAY'S - THE EMANCIPATION OF THE 'WEIRD' GIRL

Wednesday's - The Emancipation Of The 'Weird' Girl

Inspired by the edgy and fierce Wednesday Addams, from the iconic Addams Family, we wanted to capture her essence and translate it to a modern day version of Wednesday. We all know Wednesday as this dark, independent, quote on quote mean girl with a heart of gold.
She is known for teasing hear little brother and work on a get back for the popular girls who tease her. Walking around the mansion with her beheaded doll in her hands, pulling pranks with uncle Fester and Lurch.
This is the essence we wanted to work with and we translate it into a collection full of looks which a young adult version of Wednesday would have in her closet. A selection of looks for all kind of occasions and days, that is why we named the collection Wednesday's, a Wednesday for every day.
As we all know Wednesday is a very independent and smart woman who is very aware of her surroundings and knows how to handle herself in certain situations. She has a independence about herself that speaks to many and inspires many. She has been inspiring people for many many years and she has created her own lane in history. Because of our love for Wednesday we keep her alive and we all have a little Wednesday is ourselfs.