Founded in 2015, ZHETTOVA's design studio is based in Jakarta, Indonesia. Each piece is hand-engineered to exacting quality using specially curated fabrics.

ZHETTOVA is a medium of self-expression. The label is a contemporary women's ready-to-wear line aiming to push the boundaries of fashion by redefining the essence of daily wear. ZHETTOVA is a declaration that the everyday is an occassion and you should always be dressed for it.

All of our clothes are manufactured in Indonesia, where our design team manages the creation of our products from conception through consumption. 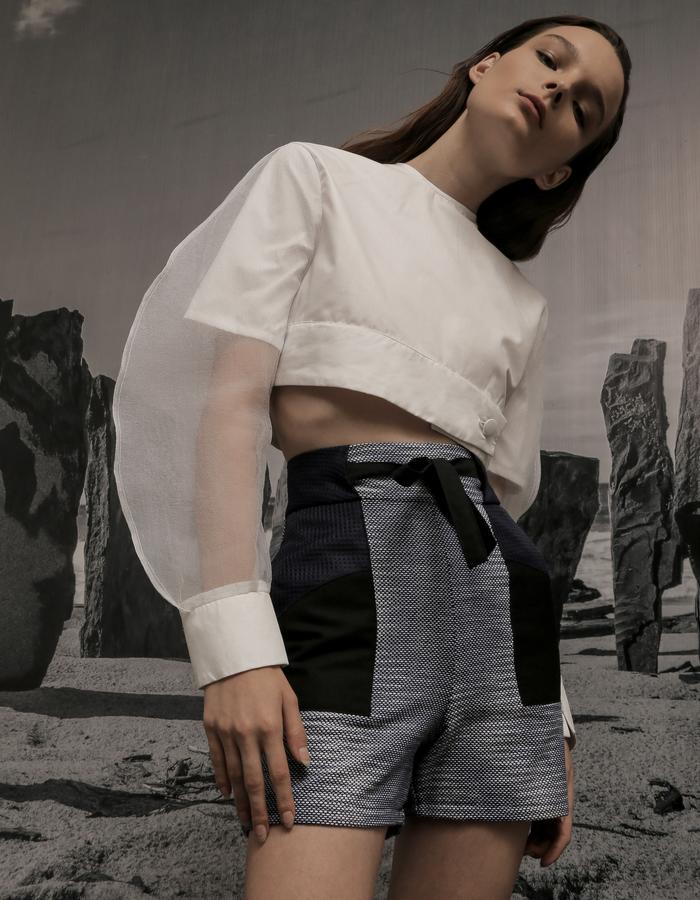 In the face of the Fourth Industrial Revolution, many traditions are on the brink of extinction. HAENYEO being one of them. For centuries, women, off the southern coast of South Korea, have earned a living by plunging deep into the ocean to gather oysters and abalones without the help of any breathing apparatus. These women are known as “HAENYEO”.

Haenyeos have had no formal training, having learnt the tradition from their mothers and grandmothers. This tradition, however, was created out of need, rather than fun. New fishing methods replaced free diving, enabling greater hauls and reduce workloads, however it also increases the risk of over-fishing and damaging the ecosystems. The number of Haenyeo divers is dropping rapidly, and the greatest generations of women divers may be coming to an end. Today, 98% are over the age of 50, with several over 80 years old. This tradition, also, was to die out due to the pressures of modern life. Soon, all that may remain will be the legends of women who once braved the ocean. Sharing the memory and telling these stories may be the best way we have to save a culture that lies on the brink of extinction. Yet the question is, "Is it still a tradition worth keeping as we move forward?"

Pre-Fall 2018 is inspired by the idea of preserving tradition. Cultural reference points include the Haenyeo’s net which are presented in the fabrication as seen in MALOLO One Shoulder Top. Our VANUA Voluminous Sleeve Top was developed in response to the shape of the wetsuits of the Haenyeos. A direct tribute to the sea are seen with the use of fabric seen in many our pieces this season.

The collection is available for purchase on ZHETTOVA.com