Following her studies at Middlesex University London, Zelia went on to work in the studios of Kirt Holmes and Simon Harrison Ltd where she both created and produced pieces for Vivienne Westwood and Agent Provocateur. Since producing her own work in her London-based studio, her ranges are currently stocked in Luisa Via Roma (Florence), Elizabeth Galton Studio (London), Pebbles (Edinburgh), Lady Moor’s Lover (Melbourne), Pretty Dangerous (Hong Kong) plus a selection of online boutiques. Zelia Horsley Jewellery was nominated for “Designer of the Year”, where she was exclusively chosen to exhibit at the launch party held in the glamorous surroundings of the Mayfair Hotel and the opening catwalk show at the Royal Exchange. Zelia was also honoured by securing a position in the “HOT 100” Nexgems sponsored by SWAROVSKI.

Zelia Horsley Jewellery has had huge attention from high end fashion publications such as Vogue.it, Vogue UK, Vogue Turkey, Vogue Russia, Harper’s Bazaar, Cosmopolitan, Marie Claire, The Sunday Times Magazine "STYLE", Saturday Times Magazine, The Independent and The Guardian as well as various jewellery trade magazines. Features have also been written about her jewellery in highly regarded fashion blogs such as highsnobette.com, maketh-the-man.com, lesmads.de, kingdomofstyle.co.uk and Adornlondon.com where Zelia horsley jewellery has claimed the coveted spot of “ITEM OF THE WEEK” twice in 2011. 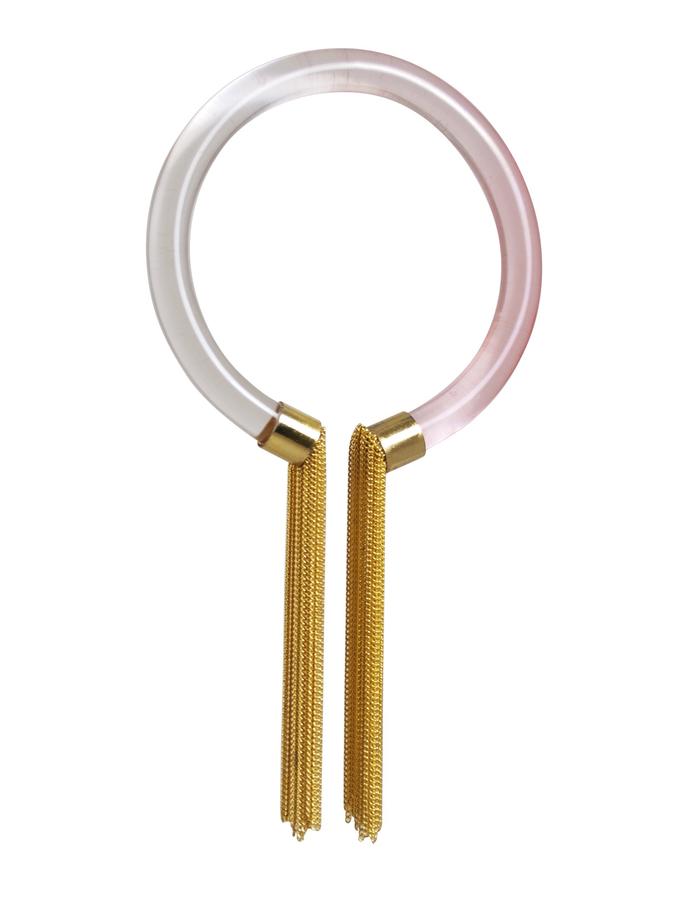 Zelia Horsley’s new collection DRENCHED for 2017 is powerful, luxurious and wearable. The concept of DRENCHED is about confidence and empowerment. Zelia designs and creates pieces of jewellery as if they were armour, a protective layer. With smooth, sleek beautifully hand dyed, and hand formed acrylic bars held firmly between severe mechanical handmade sterling silver ends. Creating a striking, strong and sculptural effect.

“Jewellery for me has always been about confidence, and with this collection I wanted to challenge myself. I gave myself a strict period of time to create a collection where I would be fully immersed; I would be drenched in the concept of empowerment. Every design has gone through a process of immersion through my hand dying technique, mirroring the Drenched concept.

I’ve taken inspiration from Le Corbusier polished chrome tubular formed frames on the outside of his famous LC3 settee, and Buckminster Fuller geometric curves and a constant form of inspiration from hair dresser Vidal Sassoon. I treated the fine chain as if it was hair when applying and cutting to length.

My design are strong, minimal and structured, with the new technique of hand dying the acrylic, it has enabled me to feature a dynamic and organic element, resulting in each individual design being completely unique. The whole process has been intense, exhilarating and has pushed my creative process to the extreme, and I couldn’t be more excited to be launching ‘Drenched’ at Paris Fashion Week 2017.”