(ZAC - zofie angelic couture) The Designer behind the label ZAC is of course Zofie. The cosmopolitan designer has international roots, was born in the Czech Republic, having a Czech mother and a French father. Her mother endorsed her to become a fashion designer, becaurse she saw her creativity right away. So it seems like her future was predetermined. She spent her childhood in Denmark, where she came into contact with the Scandinavian aesthetic and started her own label in Copenhagen in 1990, and then shifted her focus to study fashion in Paris, London, Barcelona and Madrid. In Copenhagen she first studied fine arts and sculpture. Afterwards she completed her design studies in Paris and in London. After nearly two decades in Paris and Prague, she now lives and works in Berlin, she relaunched her own label ZAC zofie angelic couture in 2002.
Besides countless fashion shows and solo or group exhibitions in Copenhagen, Prague, Paris, London and Berlin, zofie angelic couture also presented the latest jewelry collection at the Mercedes Benz Fashion Week Berlin spring/summer 2013 and at the Prague Mercedes Benz Fashion Weekend in 2012, 2013, 2014 and at the Fashion Live Bratislava 2017. 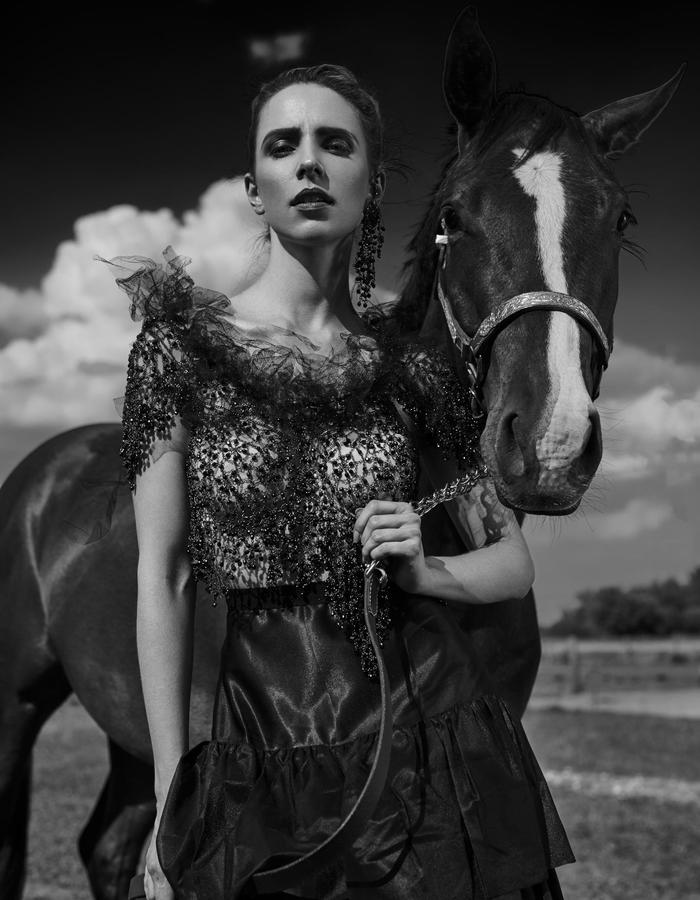 The Victorian Era American WEST. . .
In the jewelry work, she draws upon historical style elements from art noveau and art deco. Occasionally, film themes provide inspiration for her multi-facetted work of art that are, through the art of reduction, forever reminiscent of the zeitgeist of the 1910s.
PHOTOGRAPHY @MARTIN STRAUSS