Youlia Nagaytseva is a Russian designer, born in Uzbekistan on the 13th of November 1990. The oldest of three children, her family use to travel back and forth between Moscow and Tashkent, enjoying the pleasant hot summers in Russia and the warm winters in Asia. At the age of 7, after the tragic death of her Grandmother, the family immigrated to London, where her fashion story begun.
The designer was raised in a business orientated house, at the age of 18 in an act of rebellion, the young designer took a courageous step in following her own dreams in pursuit of a fashion career. She was accepted at The London Collage of Fashion, Art and Design Foundation on September 2010, this lead to her acceptance on the Bespoke Tailoring Degree, London College of Fashion.
The designers multi-cultural background and juxtaposing of heritage has always played a strong role in the development of her signature style. Her work is rooted in the evolution of tailoring and sports-wear ideals, in order to create a future, elite, hybrid aesthetic challenging the ideals of both tradition and modernity. Erasing all sense of time, the designer aims to invigorate women freeing them from all stereo types of 'sex, age and class' in the aims of creating their own identity of simple, wearable, effortless style. 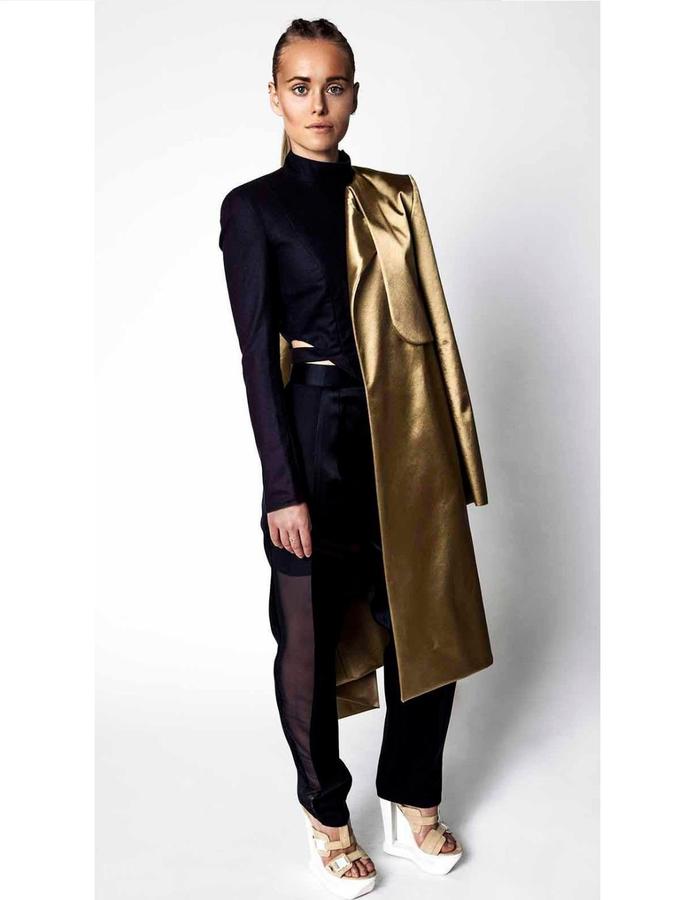 Historical and contemporary design are brought together to challenge the ideals of bespoke tailoring. Lines and silhouettes are borrowed from the designer's Russian heritage, to be juxtaposed with sports-wear fundamentals and executed using the British bespoke tailoring art form. The designer looks past timelines as she combines the classical craft influences, with modern materials for a hybrid, elite collection, with timeless and practical appeal.