Yasisurie launched her collection as a debut designer at Colombo Fashion Week on the 7th of February 2014. “This collection named “Consciousness” caters to the fashion conscious woman from her twenties to the Thirties. My inspiration comes from Sacred Geometry which I think is something no mainstream fashion designer has ever used. The symbols are the same geometric symbols of creation of anything we see including the human body. Hence they carry a very high energy. You can call them energy clothing I guess. “ “I have used wearable silhouettes with modern cuts and shapes in keeping with the global trend forecasts. Even the colours I have used are very trendy right now. But as trendy as they are they can be kept over time and worn even when the season is over as I always try to incorporate timelessness into my designs. You can say they are immortal! I use only the best fabrics and methods as I am very focused on quality and finish.” “My aim is to make people happy; make them smile when they wear my designs. I try to put a blot of happiness in to them. You will never see me making sad looking clothes.” Yasisurie comes with 7 years of experience in the garment export trade where her last post was as a Merchandising Manager . Having worked in companies such as Brandix and Timex she has worked with some high end global brands. Ann Taylor, Reebok, Target, TopShop, Next UK, Wallis, Gerry Weber Germany, Juicy Couture, Dororthy Perkins , Gerson & Gerson. She is a past student of AOD. In 2012 she took part in Designer of the year competition and was placed 2nd runner up in the Evening wear category. Yasisurie also won “Gen- Next” award at CFW which is awarded to the most promising designer at the show.
Since then she has launched her bridal business "Weddings by yasisurie", high street brand "Oneera" and the backend manufacturing plant and sample room.

In 2016 she represented her country at the Global Entrepreneurship Summit at Stanford University , California, USA and was one of the top 100 from the world! In 2016 December she was chosen to represent her country in a regional seminar on women Entrepreneurship!
Yasisurie has also partnered with several companies in sales and retail globally.
She has also been a mentor and a public speaker on several occasions on creative entrepreneurship and supports women in business. 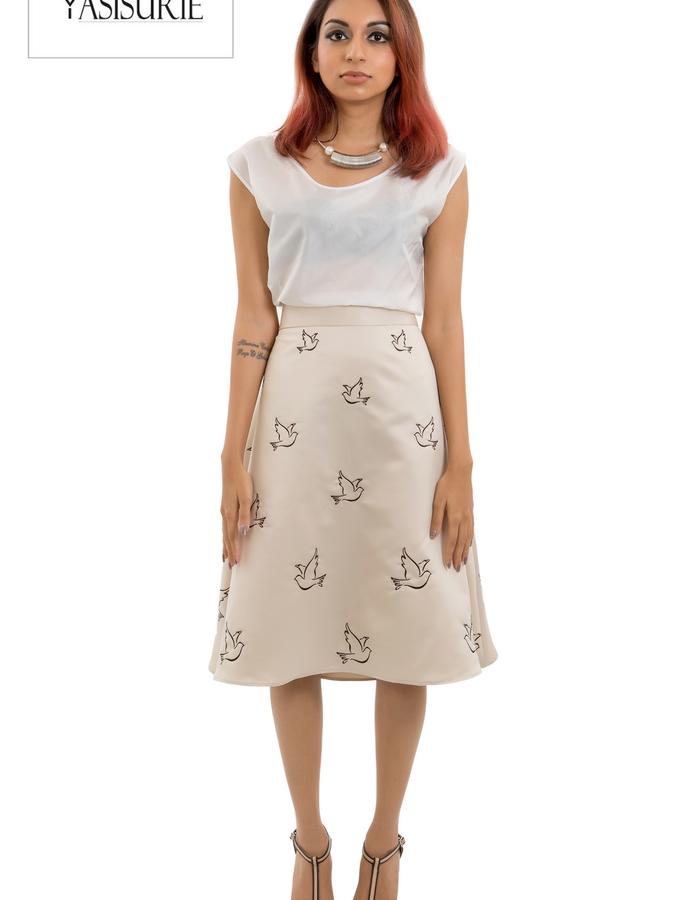 Inspired by the mystical spirit that is within and around us.... the colours incorporate serenity, contrast, vibrancy and light it exudes... a collection conceived in meditation.... to celebrate the deep spirituality that spills out into our everyday lives....