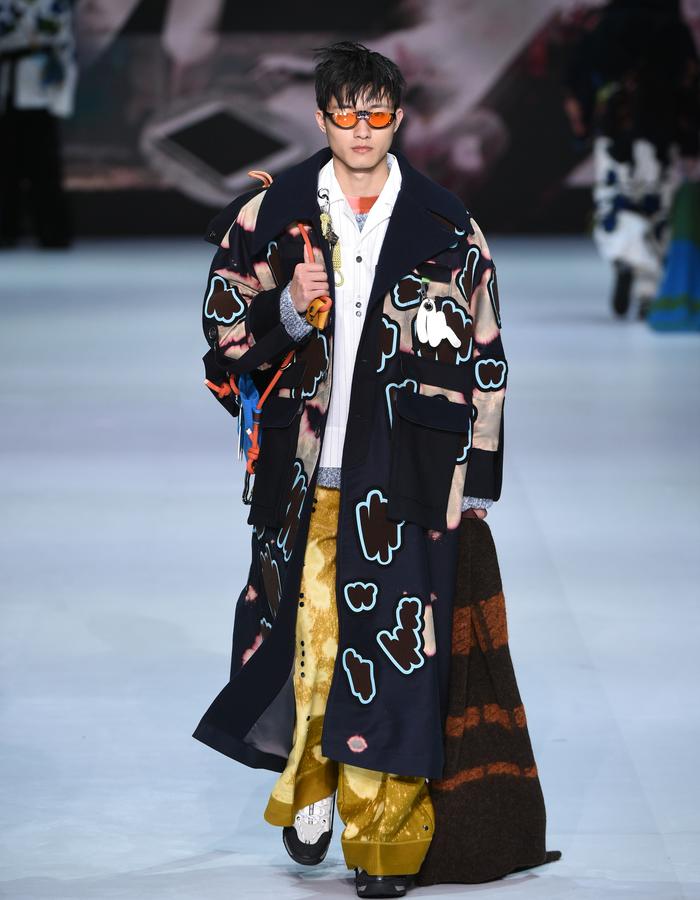 It is always a surprise when you think of something that you have forgotten.

”Forgetful Still” is an Autumn/Winter2019 menswear collection, inspired by the designer's own daily life experience. In our daily life, there will Inevitably be some careless or absentminded experiences. For example, those men who unconsciously forget to zip the trousers, left the keys at home, get lost somewhere, and even lost the wallet, credit card, identified card or mobile phone and so on.

"Forgetful Still" has addresses designer's own forgetfulness, which he refers to as an aesthetic of absentmindedness, and the structure of clothing is redesigned down to the smallest details to respond to our lifestyle habits or problems that we face. For example, designer tries to automate the trousers closure by using magnetic, in order to avoid the embarrassing moment caused by forgetfulness. In addition, a button system has also been designed in this collection, sometimes we forget and left our accessory or personal belongings somewhere, the purpose of the button system is to provide prompting and storage function for the user to have a better experience in clothing, which reduces unnecessary accidents. Users can attach the accessory or storage bag to the clothes according to different needs.

A range of experimental textiles has been developed by use of different techniques and treatments such as partial dyeing, bleaching, acid wash to achieve a kind of fade effect, in order to present the mood of incomplete or missing something, which also symbolizes the moment of forgetfulness.

Wilson has created a collection that addresses his own forgetfulness, which he refers to as an aesthetic of absentmindedness, and the structure of clothing is redesigned down to the smallest details. The oversized silhouettes and spray-dyed effect denote clumsiness, but the belt in each outfit allows for a smarter look if desired. The collars and hoods of the jackets are detachable, while buttonholes can be used to attach different accessories. The trousers are especially feature-rich, with details such as multiple pockets, exposed seams and lining, and magnetic buttons that automatically snap into place to avoid the embarrassment of the open fly.