Elle Waldmann is an American designer who founded WALDMANN after designing for a number of luxury labels around the world and working as a part of the couture studio at Alexander McQueen in London.
_________________

Growing up in Seattle she experienced a creative and nature-filled upbringing, learning to drape and stitch in her mother’s sewing room. After studying at both Central Saint Martins and the London College of Fashion, Elle worked around the world as a designer for luxury brands based between London, Los Angeles and Hong Kong. Elle returned to London to earn a Masters in Womenswear from LCF, where she received distinctions for her ‘sculpturally modern take on couture’. Dedicated to bold creative exploration and craftsmanship at the highest level, Elle then joined the Couture studio at Alexander McQueen, where she worked to create looks for Paris fashion week, red carpets and various heads of state.
_________________

WALDMANN is a designer womenswear label recognized for its softly sculptural silhouettes, rich textile development and detailed craftsmanship. The label celebrates modern women with subtle-yet-powerful collections that are imbued with an original sense of seductive strength and alluring ease.
_________________

WALDMANN the label began as a private client studio while Elle was living in Hong Kong and working across Asia and Europe for luxury brands and, since it’s beginning has been celebrated by international press, including The Guardian, Tatler and the South China Morning Post, for its expert draping, attention to detail, and sense of pragmatic artistry. The eponymous label now offers full collections as well as continuing to create bespoke looks for private clients. Dedicated to both the subtly subversive and romantically modern, WALDMANN is devoted to creating both luxury wardrobe favorites with an understated yet seductive edge and specialty styles for women to live the best moments of their lives in.
------------------------

WALDMANN is based in Los Angeles. 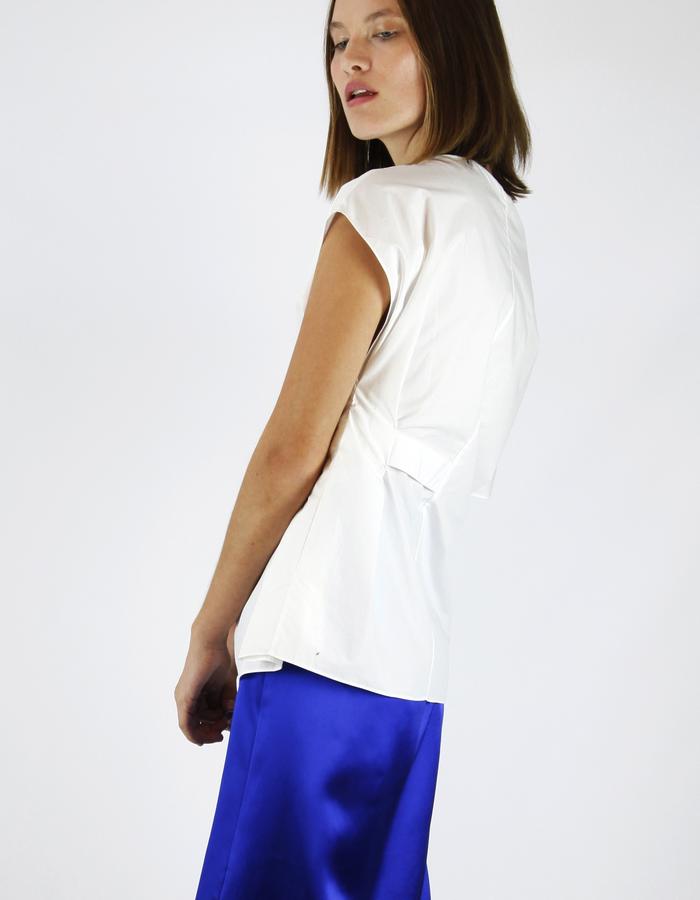 A selection of looks from collection 2, a capsule inspired by the spirit of Peggy Guggenheim, and imagining if she were alive and well in Venice today.