With a second-hand sewing machine and an addiction to vintage fabrics, Mei Hui Liu began her line of one-offs in 2000 debuting a series of sheared wrap skirts and bandeau tops. But this Taiwan-born devotee of Victorian lace and frills soon found herself slashing some of the sweetness out of salvaged garments and antique trimmings. Raw stitching, haphazard hems, and a cut and paste philosophy, her reconstructed pieces are an ode to romance, a passion for sustainability and a nod to the street.
Mei Hui's affair with London came via a detour in Italy and fashion school in Paris, culminating in the opening of her own shop in September 2001. The cosy space on Fashion Street off London’s Brick Lane was a too-good-to-be-true address and 'Victim' seemed the only rightful name. It soon blossomed into a pastel treasure chest of her fanciful frocks, bric-a-brac, antique decor, and rescued furniture. While Mei Hui pedalled away in the mad factory-ette in the back, her gang of colourful friends, eccentric artists, DJs, curious onlookers and nightlife scenesters streamed in for the requisite chatter and cup 'a tea. Victim had become an East End launchpad for a variety of spontaneous collaborations and events.
For four seasons, Mei Hui adapted her customised perspective to a pret-a-porter range presented in runway shows off-schedule during London Fashion Week. A-line or mini skirts, fitted blouses, wraps, sheath dresses & adapted sportswear in neutral cottons, wools and nylons were embellished with handsewn trimming and applique panels or in limited edition fabrics. This new direction was received excitedly by loyal clients at the time including Koh Samui (London) as well as a whole new swath of high-end boutiques internationally such as Language (NY), Apartment (Berlin) Shine, Dada (Hong Kong), Bus Stop, HP France, National Standard (Japan) as well as others in the Middle East and elsewhere.
At a particularly bustling time of the wholesale business in 2002, she was tapped by the UK's most influential high street retailer, TopShop, to create a high-street customized range. Victim has also had the honour to be chosen to participate in "British Fashion at the Leading Edge", an initiative of the British government to launch and promote British fashion design in the Chinese market. Victim was one of seven young designer labels to be asked to show their S/S03 collection in Shanghai with Vivienne Westwood headlining the event. For the A/W03-4 season, The Institute of Contemporary Art approached Mei Hui as one of two young designers to present their collections during London Fashion Week in the ICA Theatre.
As a preview to her S/S 04 collection, she brought her message of taking the road less travelled to the Tate Britain in August 2003. Under the Tate Forum banner, a youth programme featuring dynamic art & design in London, guests were presented with a live reception, Victim's show, and a talk by Mei Hui as an alternative to the designer status quo. The collection was shown again during fashion week in the spacious Istituto Marangoni fashion school where Mei Hui was at the time an instructor on the creative process. Entitled "Les Petites Mains", referring to the specialist artisans of couture, it marked Mei Hui's return to a more intimate and individualistic take on dressmaking. Having now left the shop on Fashion Street, Victim added an accessible and youthful range of t-shirts and Victim classics.
Mei Hui was selected to show the Victim universe and aesthetic as an exhibition in Spain at the third annual Festival Edicion de Madrid de Nuevos Creadores in April 2004. In addition to displaying a story of her own pieces, she was asked to curate and include several of her other long-time London based collaborators to create a shared Victim space. 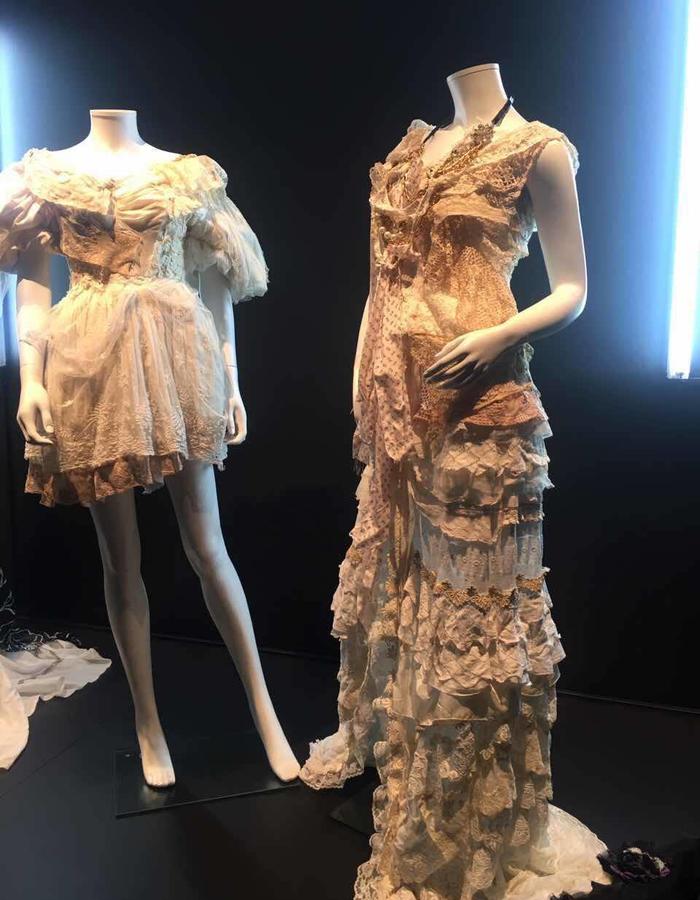 "Mode in Taiwan" at Citē dentelle mode in Calais, France from January 28 - April 23, 2017
"Mode in Taiwan" exhibition showcases the works of three Taiwanese fashion creators: Mei-Hui Liu, Apu Jan, and Shao-Yen Chen. The three designers share common grounds of creativity in their audacity and the complete freedom with which they cross cultural, temporal and spatial boundaries to explore the relations between the human body and clothing. While Apu Jan develops particular knitting techniques associated with prints, Mei-Hui Liu creates complex silhouettes through the collage of vintage and contemporary materials and textiles. Shao-Yen Chen has continuously experimented with various materials and the structure of clothes. All the models presented in the exhibition reflect this major influence exerted by Western styles on young designers of Chinese culture: geometric, net-victorian styles, sometimes coloured by other cultural influences from nearby continents such as American sportswear or Japanese street fashion.
Three designers created expressly for the exhibition are the result of a partnership between the lace manufacturers Darquer, My Desseilles and Sophie Hallette and showcase the know-how involved in the lace woven on Leavers looms, protected by the designation "Dentelle de Calais-Caudry."