Born in 1985 in Liaoning province, Vega Zaishi Wang moved to Shenzhen with her parents at the age of 8. She left at the tender age of 16 to move to London to study fashion design. For the next six years, Vega studied at both London College of Fashion and Central Saint Martins College of Art & Design, during which she also interned for Alexander McQueen and Vivienne Westwood. All of these experiences, combined with the infectious charisma of British culture, inspired Vega to push her creativity to a brand new level. In 2008, she returned to China to establish her eponymous brand VEGA ZAISHI WANG.
As a recent graduate, Vega has already been recognized as one of China’s independent designers in terms of both originality and quality. Most products are hand-made with a majority of fabrics sourced from across Asia and Europe. Her aesthetic certainly reflects her cultural heritage but is also largely influenced by her time spent in the UK. The shapes and silhouettes are slightly exaggerated, but she focuses specifically on a purity of tone, exceptional hand-craftsmanship, and a quiet charm that has already resonated with clients around the world.
As a 27-year-old fashion designer, Vega continually strives to build a consistent, trusted brand. After nine collections in nearly five years, she has developed herself alongside her label to become the distinctive, independent, self-contained, and powerful woman that the VEGA ZAISHI WANG Brand represents. Her unique passion and understanding of sub-cultures empower her to imbue her clothing with determined yet emotional characteristics. This engaging harmony creates peace between the human form and the abstract geometries of her clothing – a feature that has made her designs very popular amongst similarly-minded female celebrities, who have already endorsed this young designer’s talent by wearing VEGA ZAISHI WANG on numerous occasions. 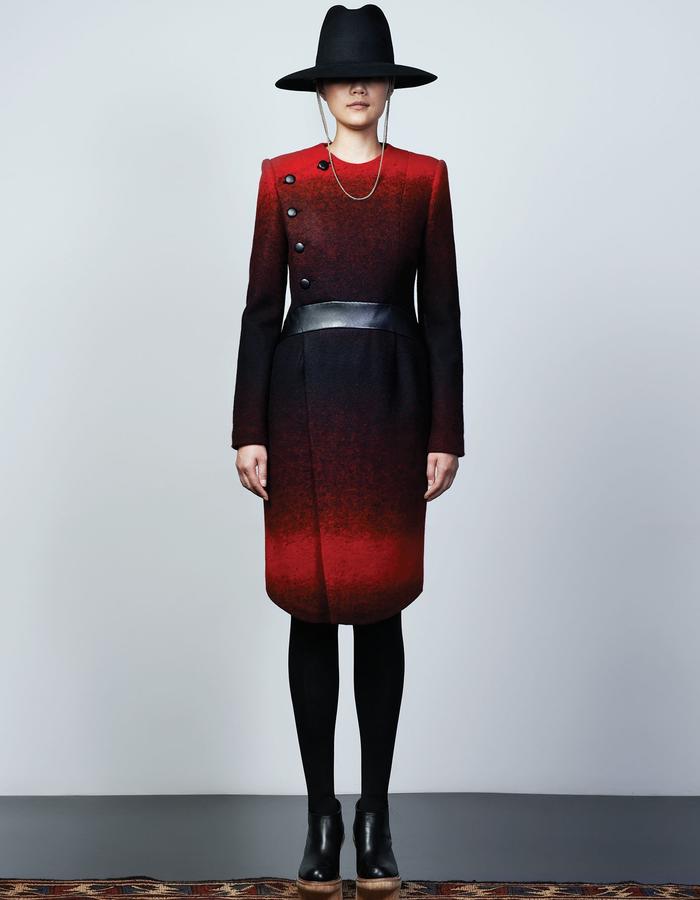 Beijing designer Vega Zaishi Wang uses fashion to express her emotions, values and the way she sees the world. This take on design has resulted in her SS16 collection, evoking intense passion and beauty.