Valeria Villarreal was born in the city of Monterrey. In 2005 she initiated her studies in Marketing and Fashion Design at Centro de Estudios Superiores de Diseño de Monterrey (CEDIM), where she was given a scholarship to take an intensive course in Professional Project Management conducted by ESCALA. Upon graduation of her career in 2008, she was awarded the Diploma of Honor for her academic achievements. Early in her career, she became a finalist in the first edition of the renowned contest, ELLE México Diseña, where Carolina Herrera chaired the jury. This experience motivated her to start her own clothing line. For a small period of time she worked at the workshop of the renowned Mexican designer Alejandro Carlín. In 2007 she began the project by launching a sport clothing line which included handcrafted finishes and manual interventions in different type of garments, naming her clothing line firm VACCI.
In 2008 she decides to take a degree to complement her studies in Fashion Styling in Film, Television and Theatre at the Instituto de Diseño, Estilismo y Moda in the city of Madrid, Spain. At the beginning of 2009 she decided to continue her business project formally, registering the trademark and logo of VACCI by Valeria Villarreal. That same year she presented her first collection in the event Monterrey Fashion, being sponsored by the watches label FOSSIL, receiving very good feedback from attendees and media. At the same time, she worked as a Personal Shopper and Image Consultant for the VIP lounge at the department store El Palacio de Hierro. Her interest in music made her merge this with fashion and became involve in designing wardrobe for various bands such as Porter, Maria Daniela y Su Sonido Lasser, and Leche, as well as dressing up a character for the series transmitted by Telehit, Glam Girls. From the beginning until today, her career has been growing and improving in every aspect possible. VACCI by Valeria Villarreal has successfully presented collections in several fashion platforms such as DESIGN WEEK MONTERREY, ELLE México Diseña, Trends Monterrey, Mexico International Designers (showroom), SUCCESS, Monterrey Fashion, among others. As a result, her work has been published in major national and international media such as ELLE Magazine, Quien, Fashion Export, BeModel, Maxwell, Move, Intrend, White, VICIO, Most, Foggia, Iman, newspaper El Norte, Milenio , El Porvenir, E! Entertainment Television, People & Arts, Telehit, Multimedia TV, TVNL, and recognized fashion sites and blogs such as Not Just a Label (UK), MAM Fashion Solutions (Mexico), The Good The Bad and The Divine (Germany), Not Safe For Fashion (Mexico), Call Us Whatever (México), Danish Daughters (EU), Esther Pliego (Spain). Valeria's designs are known for being cheerful, feminine, and creative, dressing an outgoing, independent and modern woman. Today you can find VACCI in México in various boutiques in the city of Monterrey, Mexico City, Guadalajara, Cancún, Culiacán, and León. In Europe in Czech Republic - Prague, and in London, special selected pieces on the E-Shop of Not Just A Label.com. Recently VACCI was selected among the 10 finalists of VOGUE México´s contest Who´s On Next. 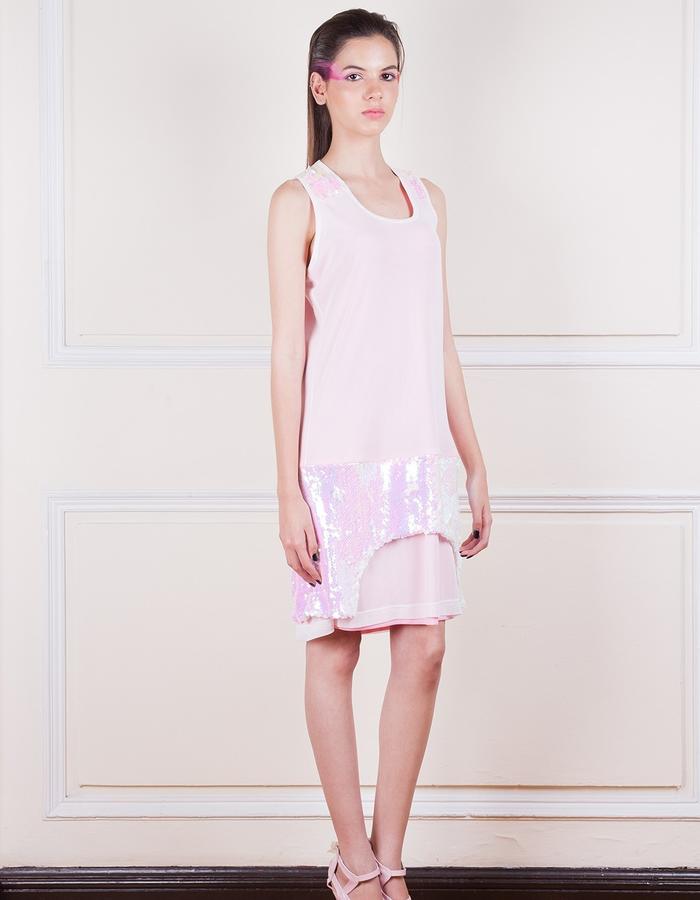