Degree in Fine Arts from the University of Barcelona. 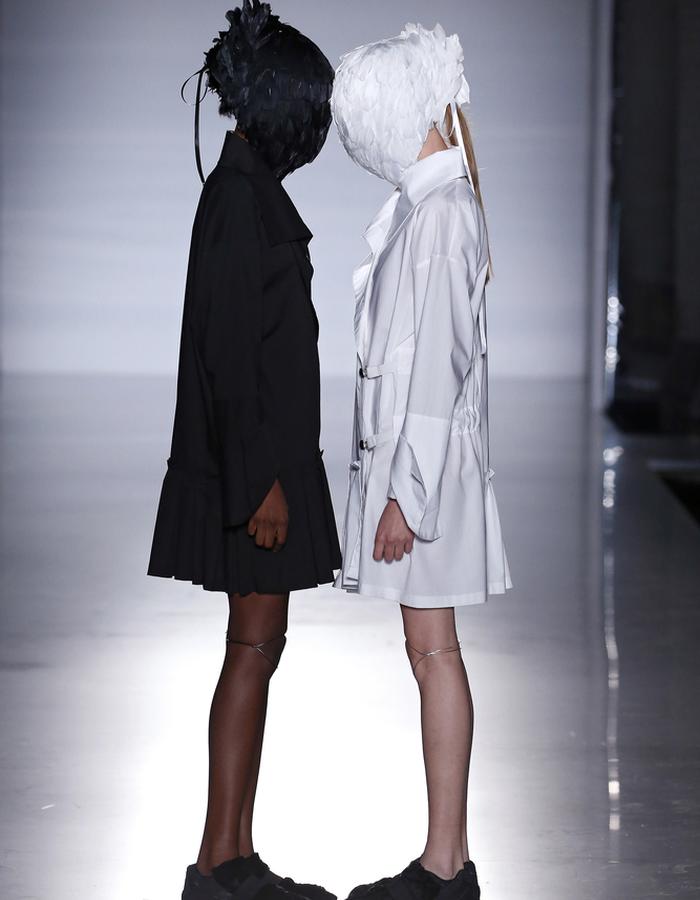 The collection is inspired by Il dottore della peste, a doctor specialising in the black plague. Many of these doctors do not have a traditional instruction, they were rather empirical doctors. During Renaissance some of these doctors used masks in the form of bird peaks filled with aromatic herbs to filter the air and protect oneself from infection. The collection is freely inspired by it, both aesthetically and conceptually. Hoods, overlapping layers, a black-and-white contrast and snap hooks are some of the characteristic elements. The plague doctor was tantamount to the scythe of death; those who saw him knew that it was close. Therefore, feelings of anguish and fear were closely linked to this figure. As it may happen nowadays, there are apparent solutions that add to the problem. Black, grey, navy blue and some khaki shades predominate.