Tommaso Fux was born in Rome on 21/09/1992. He attends scientific high school believing that would be the best choice for his future, but he immediately realized that it was not the right path. All those calculations and mathematical rules prevented the expression of what he was and what he is today.
After high school, looking for something that he would free him from all those schemes imposed during school, he starts approaching the world of fashion, costume and art which stimulate his curiosity and creativity. He Decided to investigate more thoroughly as possible in the artistic world, he enrolled at the Academy of Costume and Fashion in Rome.
During the Academy years he has blossomed and then exploded his irrepressible passion for fashion, in particular for Haute Couture. He considers fashion as a synthesis between Haute Couture and Costume, overly constructed and structured dresses, unique and strong visual impact. The strong passion leads him to experiment a lot, in terms of shapes and tissue. After showcased his own collection at Accademia Talent2015 fashionshow during Altaroma Janaury Edition, he is increasingly convinced that fashion can be his future and professional career. 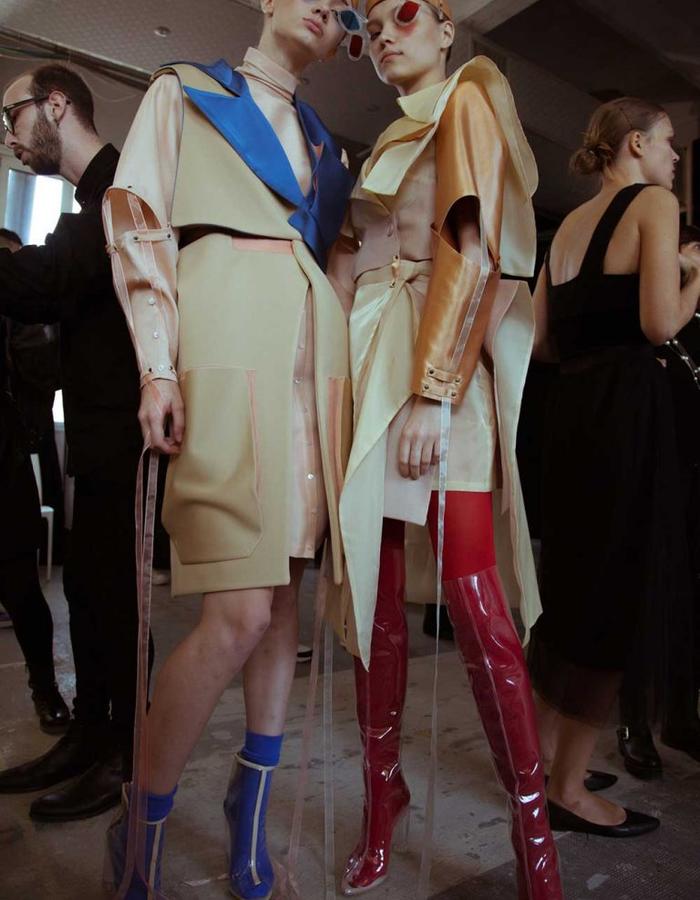 Wrong is a collection that wants to denounce the fight to get rid of the “error”. Life is about mistakes and sometimes being on the wrong side. All of the garments are decomposed, broken and reassembled, a jacket that becomes a skirt, sleeves that becomes trousers. Research of perfection becomes obsessive, deranged, identified by the glasses or by the ribbons that recall insane asylums. These dark elements are opposed and emphasized by bright colors, stretched to pastel that represent the awareness of the women that wear the collection.