"Finland, I have forgotten the trees of your forests, the smile of your lakes and lonely heaths. What I longed for, is the stream, the roar, the path of the insolvable through me, the burning rose in a cool space." Gunnar Björling (Scandinavian lyricist, 1887 –1960)

Anyone who has ever travelled to this country in the far north of this planet, or who even calls it home, will share this feeling of melancholy. Endless winter nights, the never-setting summer sun, nature’s clear, bizarre beauty and of course the aurora borealis’ magic – all of this has forged a unique identity from which the people in this region have developed their own special brand of creativity. No matter where life’s journey takes them.

Berlin-based designer Lisa Winkel and her label TJELMA are an example of this special Suomo-Finnish path. Born in Kotka, Finland, she later moved to Germany where she graduated from Berlin’s University of the Arts (HDK) under the venerable Vivienne Westwood. The 29 year-old is regarded as one of Germany’s most promising talents in fashion design today. She was one of the first to show us how versatile knitwear creations can be these days – and how to approach knitwear from a 21st century perspective . And what is more, her designs appear to have both feet firmly on the ground: handcrafted quality items in modern cuts, based on a central theme that runs through the entire collection. Second-rate materials or dubious production facilities never stood the slightest chance with the designer.
Already during her first year of studies under Vivienne Westwood, Lisa Winkel was granted a jury prize by Wolfgang Joop, and her diploma collection 2004 received an award from both, Mustang’s Creative Management and the Premium Fashion Fair, as well as earned her the first place award in the “Moët Chandon Fashion Début” at Berlin’s famous Bärensaal.
Having won nominations for the “Bunte New Faces Award” and at “Mercedes Benz Fashion Week” with her debut collection ANTAEOS in 2006, Lisa Winkel recently opened the most important chapter of her career so far by launching her new label TJELMA. 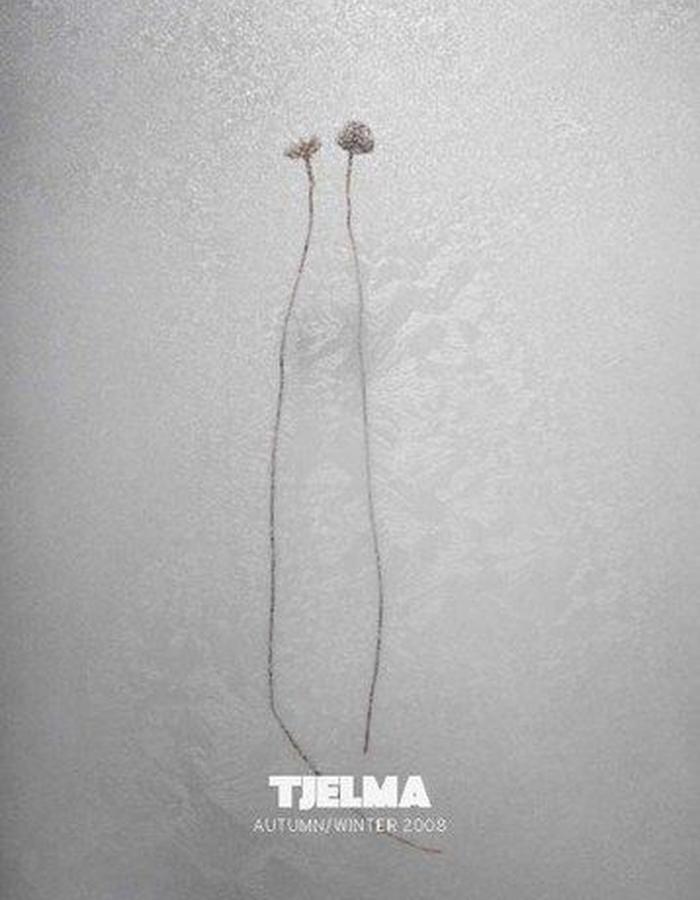 Back to the origin, up to the polar lights