Since Tiberius was founded by Karl Ammerer in 1992, it has been a barometer for the social and economic development of the Viennese, Austrian and even European markets. At first Tiberius was a concept that catered to the needs of a fringe group. The products and services it provided filled a hole in this niche market. The extraordinary vision and concept have since been validated and become an established force on the European fashion scene.

The spring of 1995 saw a Tiberius shop open its doors to the public, in Vienna’s 7th District, for the first time. Already just 3 years later, this unique shop was bursting at the seams with a need for greater capacity, and moved to its larger, current location. From the outset the Tiberius brand was known for carrying leading, top of the range, international fetish articles.

In February 2004 the Tiberius store received a facelift, under the architecture of the internationally acclaimed BEHF team. At the same time the company started its own fashion label, creating latex and leather clothing, under the direction of fashion designer Marcos Valenzuela-Abril.

Combining standard day wear with fetish clothing, was a means for Tiberius to break into new horizons in the fashion world, fulfilling a wish to make the label wearable on any occasion, the Tiberius team calls this “Crossover Fetish Fashion”. Amongst its collection are clothes for men and women. The interior design in the shop and the style of fashion designed is true to Tiberius’ philosophy of “clean lines”. 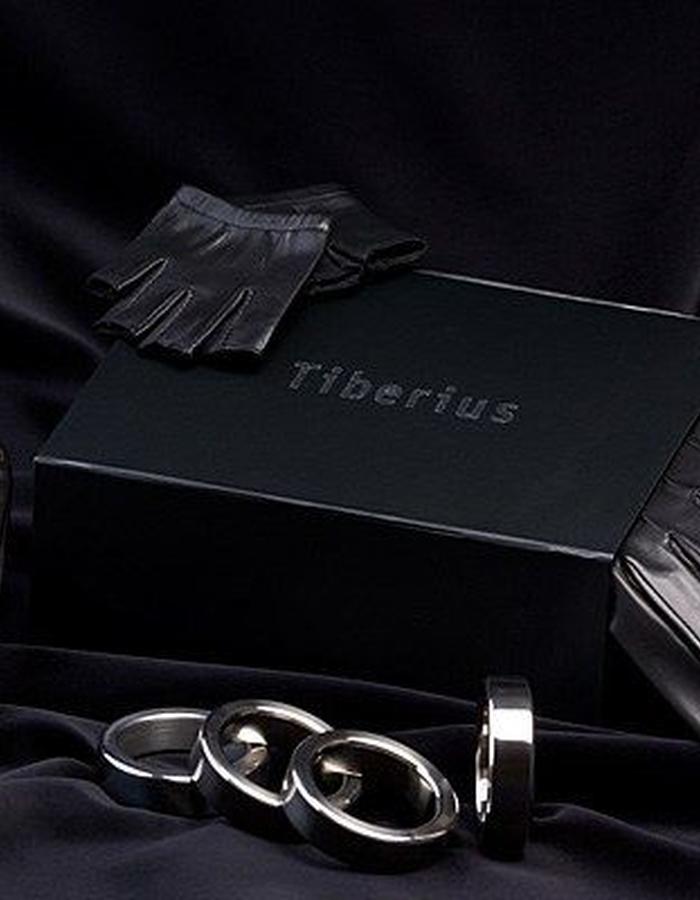