The label Thomas Hanisch was founded in summer 2013. The Designer studied on the international school for fashion and arts, Esmod Berlin.
After his diploma he got a cooperation with G-Shock and Casio to design his own watch.
In March/April he was designing two outfits for the pop singer Lady Gaga and in the summer 2014 for the actress Tilda Swinton.
On the 22nd of January 2015 he got his first big show at Mercedes-Benz Fashion Week in Berlin.

Thomas Hanisch is an avant-garde couture label, which combines art and fashion in a complete new way, to get "wearable art". The inspirations comes from past events, which he combines with futuristic scenarios.
The diploma collection 2013 was inspired by the robes and corsages of Queen Elizabeth I. and the movie 'Metropolis' from 1927, which is telling a story about a futuristic city and a robotic women.
The structure of corsages is translated in the designs, to get totally new shapes which are either form fitted or extraneous to the body.

With his debut collection at Mercedes-Benz Fashion Week he totally went through new dimensions. Fabrics like leather, latex, plastic bars, lace were used in tons of colors and avant-garde shapes. 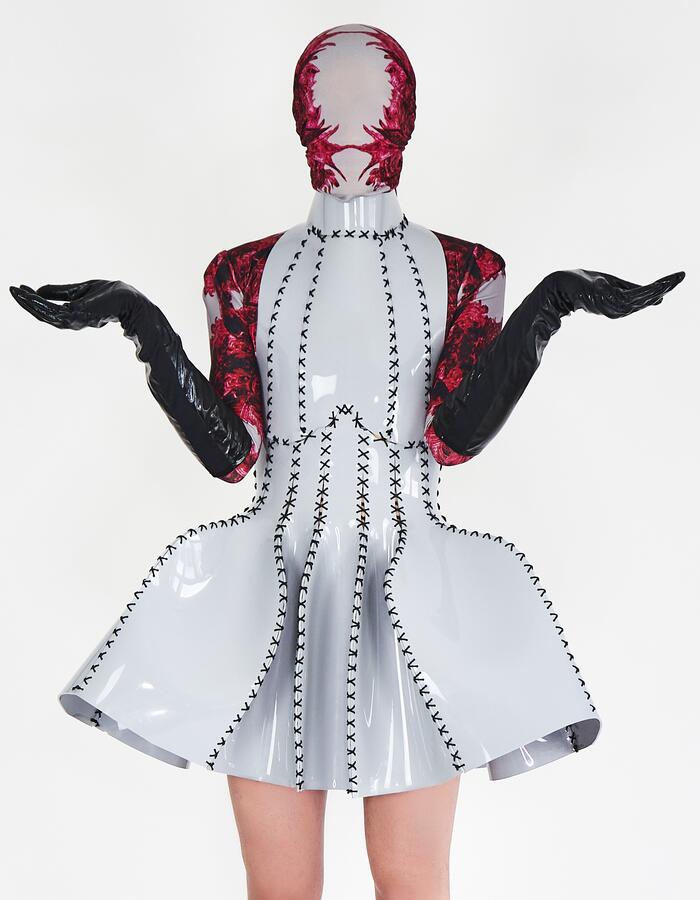 The inspiration was the fabric itself - PVC.
Main Goal was TO CREATE WEARABLE ART by using different manipulations and the stiffness of the fabric.