"Even if I had been made of steel I would still forever be broken." - Days are shrouded by war and personal suffering. It is almost unbearable to think that we exist in this way, when pain is an everyday experience. Thomas Bálint reflects on the idea of family, a source of stability and love amidst chaos. The roots of his craft run deep. His grandparents worked as tailors in Hungary before fleeing soviet rule to Canada. It is through these reflections that the artist finds the meaning of his work. Thomas Bálint finds the joy that exists in life through painstaking labor. Each collection appropriates patterns drafted by his Grandmother dating back to 1940. Bringing the traditions and craftsmanship of his family's trade into this millennia, each creation is a homage to his heritage. Thomas Bálint is the namesake label of Michael Thomas Bálint who studied sculpture at the Ontario College of Art and Design. Following four years of designing as a private label for boutiques in Germany and Canada, Thomas Bálint opened his first brick-and-mortar Boutique and Showroom on Toronto's Queen Street West in September 2012. Now in it's second year the Showroom is a virtual artistic hub that has played host to international labels such as Elīna Dobele, Latvia and Reinhard Plank, Italy. Thomas Bálint also boasts a comprehensive selection of Canada's strongest independent designers such as Christian L'Enfant Roi, Montreal and Toronto's own Devlyn Van Loon. The showroom's residential artists include photographers Luis Mora and Xiaomeng Zhao. Thomas Bálint looks to the past, modernizing classic styles with innovative design techniques. With an approach steeped deep in Sculpture there are two raisons d'être for designer Michael Thomas Bálint; to respect the past, but to always attempt to create new ideas. It is always in the finer details that such innovations are found and it is the purpose of the designer to constantly imagine new devices to explore. Thomas Bálint has become a staple of the avant garde at Canada's World MasterCard Fashion Week. Presenting on the runway for the fifth time, Thomas Bálint exhibited his Autumn Winter 2015 Pre-Collection on October 21 2014 winning him the prestigious "Best in Canadian Menswear Award" from Fashion Magazine. The complete 2015 collection will be presented in January 2015 at Void Showroom, Paris. Thomas Bálint's work is available internationally throughout Austria, Germany, Italy, Japan and Canada. 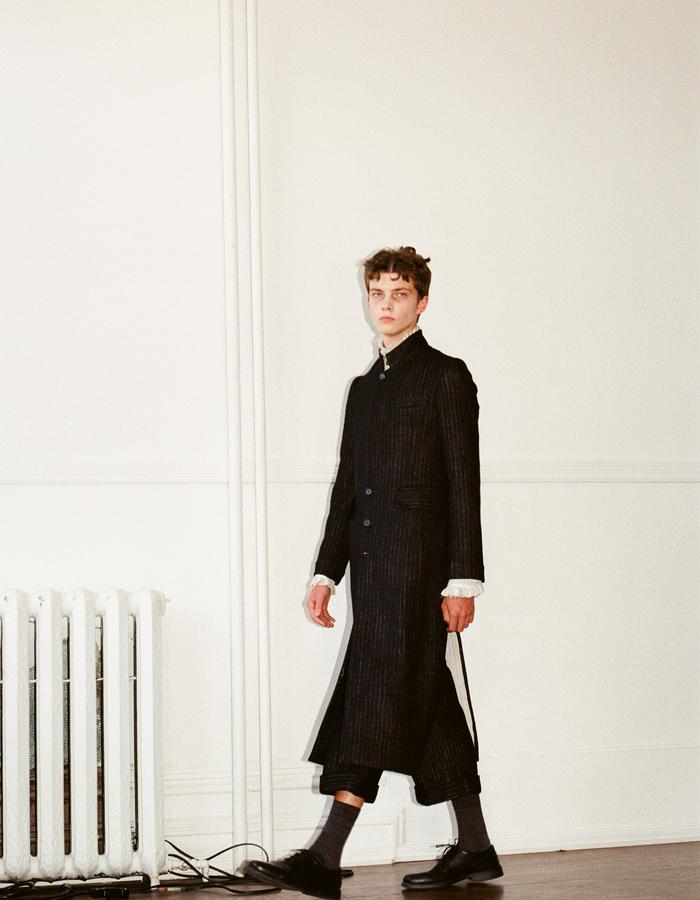