Tanja earned a senior Fashion designer degree at Textile technology Faculty (Zagreb) after education at School of applied art and design (Zagreb), where she earned a painter designer degree. She has been active in a field of fashion since 2006. participating in a collective fashion shows and manifestations and pioneering in latex design at eastern European region since 2008. She is a self employed designer since 2013. Also involved in painting arts and illustrations, she paricipated in a collective art exibitions as well having a solo exibitions. She has been a member of UMD (Fashion designer society of Zagreb county) since 2006. to 2010., and is member of ULUPUH clothing designer section since 2022. She works and lives in Croatia. 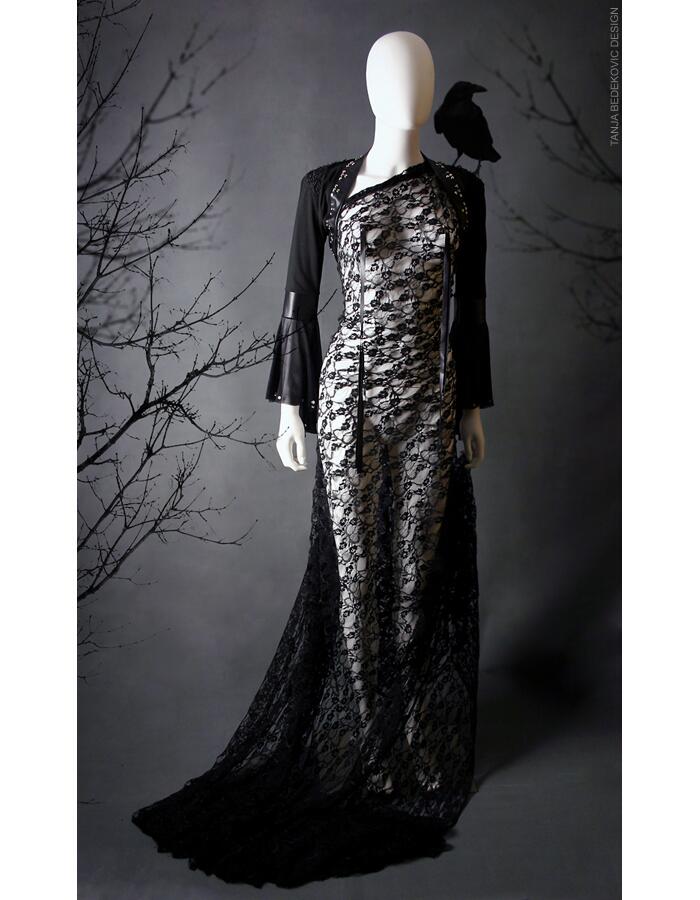 Mini Darkwear collection made of leatherette, lace & jersey, with apliques and handpainted deco. Collection is available for sale, while some of it's elements are available to be made-by-measures.