Born in Paris France and raised within the ready to wear world since her childhood; Tamara Akcay instinctively trains at Esmod and Studio Bercot, top renowed fashion schools in Paris.
She then works in Paris, London and Los Angeles successively in the fashion design and production field. California is where she will learn jewelry making. Starting with assembling pieces and then taking it to the next level with wax carving. The need to “create unique pieces” became vital she says, tired to use the same parts as everyone else.
After several years selling her one of a kind and bespoke pieces to the best stores in Los Angeles she decides to use her heritage and spend time in Paris to work with jewelry ateliers. The jewelry line then becomes creative, high end and made in Paris France. 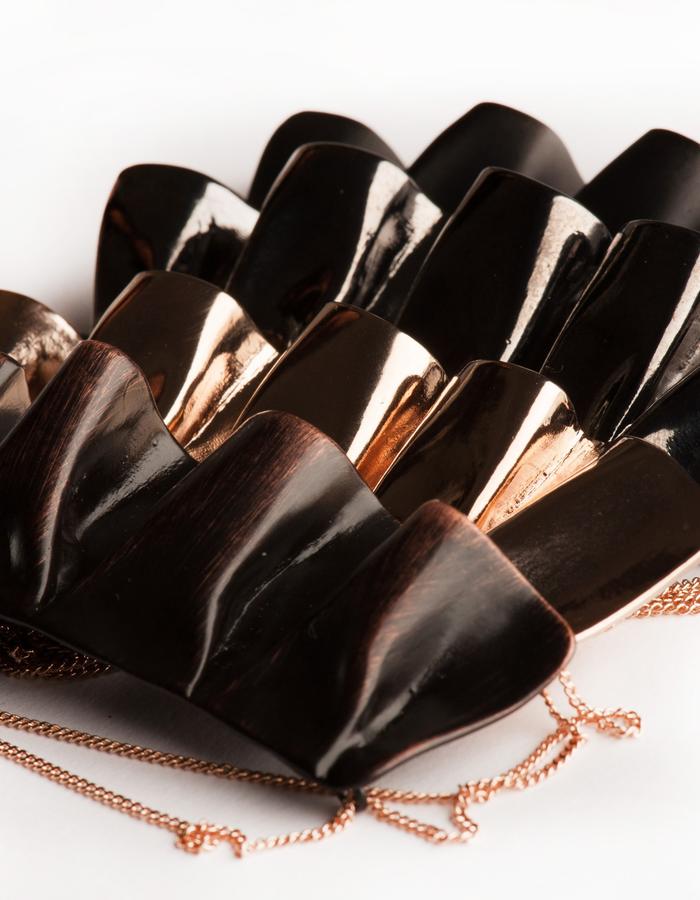 The translation behind the catharsis | Ebb & Flow collection is one of emptiness, hollowness and isolation. These emotions are represented in a cavity like structure,
The elation and despair is represented by the jewelry’s sinuous folds and ruffles; an emotional roller coaster.
The materials used are raw, blackened silver and burnt bronze. the brown gold plated color remains unique to the line.