The brand history is atypical at its core with its essence being representative of its founder’s most prominent characteristics. The title of the brand was taken from Alina Tsyganova's blog with her close friend during their studies in England. Together they wanted to explore the alternative culture of London, taking the word ‘underground’ in Latin and using it as a form of self-expression. As SUBTERRANEI transpired into the name of her brand, the designer stayed true to her initial interest in culture and fashion that was quite literally ‘subterranean’. SUBTERRANEI's clothing exhibits a clear philosophy that promotes individuality in a radical way, demonstrates progressiveness and open-mindedness, and seeks to convey an image of intelligent design through the designer's love of modern minimalist aesthetic and her concept-driven ideas. 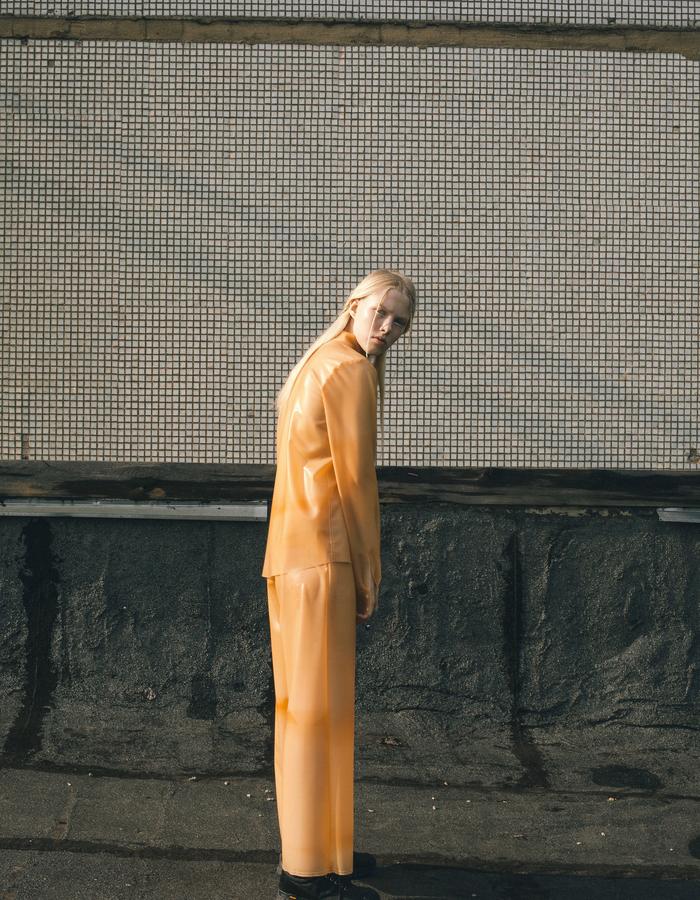 The central theme of the collection is what one might call the “voice of the streets” and the desire to address the quotidian struggle of mankind with oneself and with its external pressures. It was inspired by images of derelict remnants of urbanization and industrial landscapes; echoes of street art and graffiti and the romanticized depiction of cold concrete and brutalist architecture. “AT WAR” – with yourself, with reality – is intended less as a political slogan and more as a description of the internal state within us all — our daily need to protest and resist our realities. While the slogan "STAY PROTECTED" offers a stark reminder of the everyday necessity of self-defense, calling on us to remain "protected" at all times from the external influences and to always stay true to oneself.