A London based designer: SHAKILA THEBE studied at London College of Fashion (2017). Shakila Thebe's design incorporates a thorough, elaborate and conceptual process. She focuses on the idea of the juxtaposition between the poetic evocation of the clothes and the ephemeral nature of diaspora identities. Shakila has been intrigued by the idea of how everyday clothes can evoke a poetic state and had made a huge impact on her BA's collection. Each piece was created with the elements of abstract and oddness. Shakila Thebe often combined the skills of experiential research, an appreciation of craftsmanship skills and an intensive pattern cutting with a great eye for the details. Her work has been featured in the websites such as Fucking young, Evening Standard and has received editorial coverage from titles including RE-EDITION, COEVAL, Rain, Sicky, Atlas magazine, Spectral, Sukeban, Knots, Kaltbult magazine, OFFICE, REFORM The funk & many more. Shakila was selected as a finalist in the LCFBA17 prestigious graduate show to showcase her BA final collection. 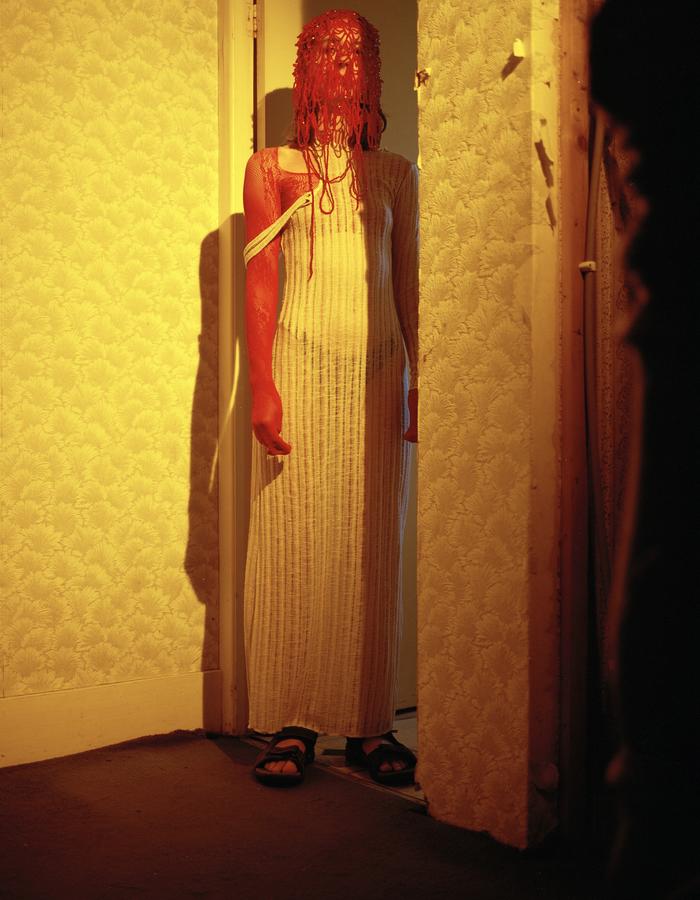 the capsule edition is entitled "the non-seasonal collection" - it emphasises 're-wearability'; eschewing the wastefulness of current state of fashion industry. Each pieces are uniquely made and locally sourced in Nepal/United Kingdom. Transforming the emphemeralty of the everyday into lasting pieces.