seelenkleid | concept
seelenkleid, translates as ‘soul dress’, is a new women’s wear label founded in 2007 by
the German designer Ella Haberlach. The artistic and paradoxical work of Ella
Haberlach combines the floaty perfection of ideal beauty with the embellishments of a
horrific sludge. Her collections predominantly deal with the human desire to depart from
everyday conventions. Ella translates this quest for something special, this escape from
the everyday into new silhouettes, colours and materials. Silicone applications and
randomly burnt - out - prints are aimed at reflecting the inconsistency of feelings and
the relationship between man and his environment. The uncontrollable destruction of
fabrics creates both, a contrast and a bridge between skin and textile surface.
seelenkleid - collections are like personal diaries that define the designers´ vision. They
are against conformity and without the cosmetic effect of fashion. In the designer’s
statement, she acknowledges that „the basic idea is based on dealing with identity
changes and the war of two realities – the earthly and the imaginary“. seelenkleid
somehow lies in a gap between reality and fantasy. Needs that come up in the real
world can only be satisfied by elements of the imagination.
Ella Haberlach seeks for the extraordinary and introduces it to everyday life.

seelenkleid | Ella Haberlach | portrait
Born in Karaganda, Kazachstan in 1980, Ella Haberlach moved to Germany in 1988. She
studied Fashion - and Textiles Design at Reutlingen University.
During her studies she gained work experience in the design departments of the
German label Hugo Boss, Gharani Strok and Jenne O. in London.
After completing a fashion design diploma in 2005 and graduating in 2007 with Master
of Arts, she received several prizes in fashion contests and debuted with seelenkleid at
Projekt Galerie Showrooms during Berlin Fashion Week in July 2007.
At the same time she has a university teaching
position in fashion design at Reutlingen University.
Ella Haberlach is regarded as the most promising newcomer in women’s wear during
the Berlin Fashion Week 2008.
Presenting the new seelenkleid collection aura - spring/summer 2009 at RENDEZ-VOUS
FEMME in Paris is her international entrance. 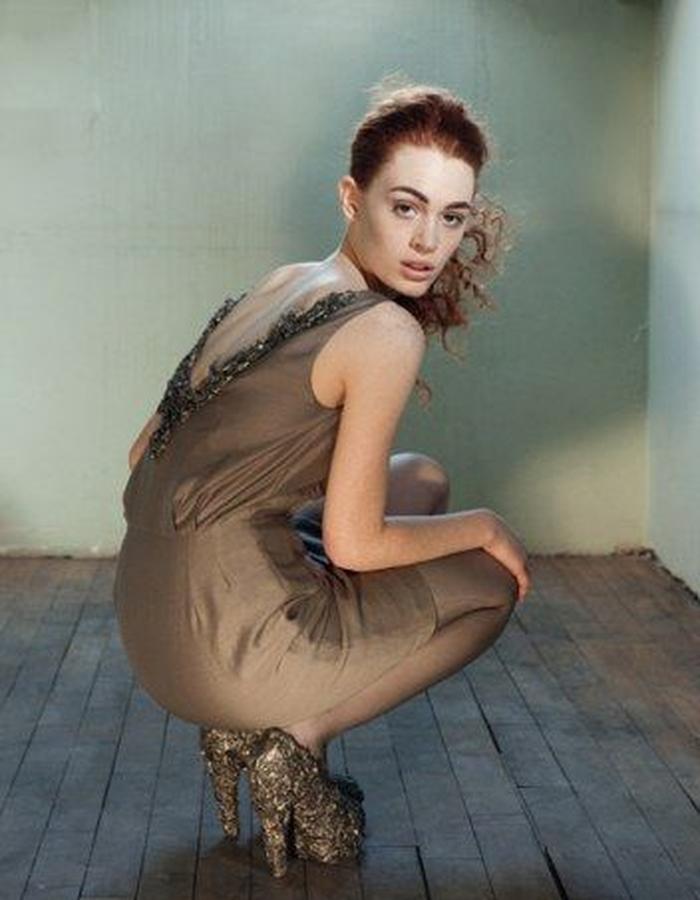 The AW 10/11 collection is based on the idea of freezing moments. Ella Haberlach uses coverings to be able to hold on to different states of movements in the today’s fast-paced society. The stoppage of actual time appears in fossilized structures like strong masculine shapes that have almost graphic elements with sheer feminine softness and delicate ruffles.
An inherent sense of fragility and inconsistency is implemented in a palette dominated by graphite, stone, marble and black, with contrasting flashes of metallic. Jewellery accessories like necklaces underline the vanity of beauty by appearing like soul frames.