An Ex Mermaid is a human girl who was once a mermaid. There is beauty in awkwardness. There is allure to things that don’t quite belong in their world. Inspired by those girls who appear to be existing in a foreign element, Francki Michels designs The Secret Society of Ex Mermaids in New York City. She launched the brand in September 2013 with a single t-shirt design. It was a statement of belonging for those rare and magical creatures who were outsiders to the human world.
The Secret Society of Ex Mermaids presented it’s first runway show during NY Fashion Week September 2015. Ex Mermaid continues to show collections during New York Fashion week pointing to the creative heart of the brand. Francki earned a Women’s Wear design degree from Parsons School of Design in NYC. She went on to study at Central Saint Martins in London and has working experience with Michael Kors, Rebecca Taylor, Lela Rose, and Isaac Mizrahi, among others. The Secret Society of Ex Mermaids reflects her fascination with pop culture, illustration, art and her curiosity for the bizarre corners of the human world. 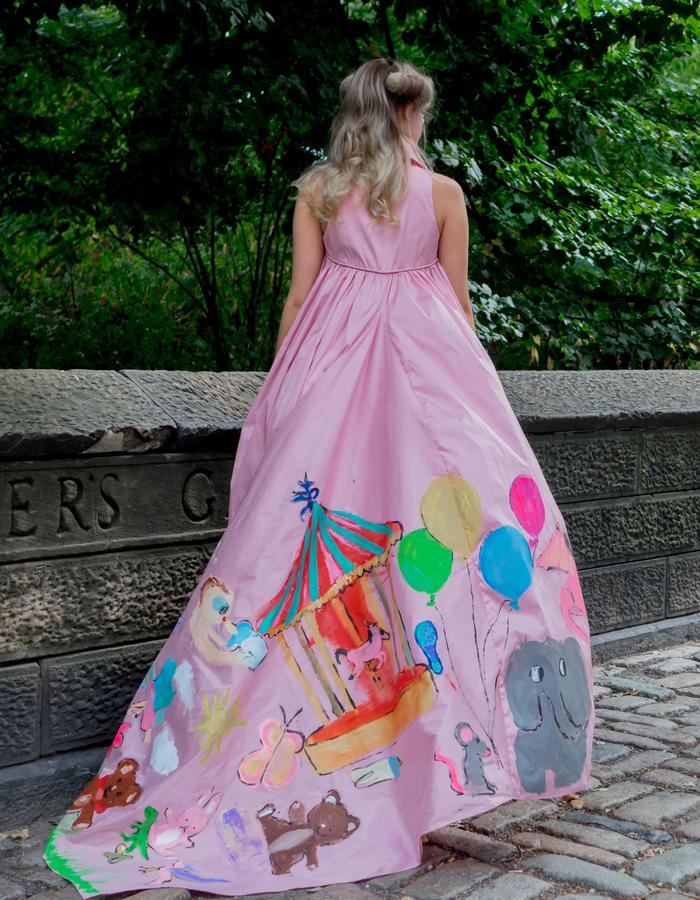 Baby believes that the nursery is the word entire and that mama is exclusively his. mama tries to make it so, but she has many roles and she must move through them all while keeping baby happy.
Inspired by the pastel daydreams, quiet torment, and twisted imagination of motherhood and the nursery, This 6th collection presented by Ex Mermaid during New York Fashion Week September 2019, was titled, 'Mother'. Ex Mermaid is designed and made in New York City by Francki Michels