Ryota Sakai, is a Fashion designer, based in kobe, japan. He was born in Hyogo, Japan in May 1989. After finishing high school in Japan he went to study a Theater degree in Merced, California. After graduating he returned to Japan and worked as a retail assistant at Issey Miyake. He soon realised he wanted to study Fashion Design, however outside of Japan, in order to rediscover and establish his own ideas. He then chose to study at Polimoda International Institute of Fashion Design & Marketing in Florence, as the school is known internationally and one of his favorite designers had graduated from there. 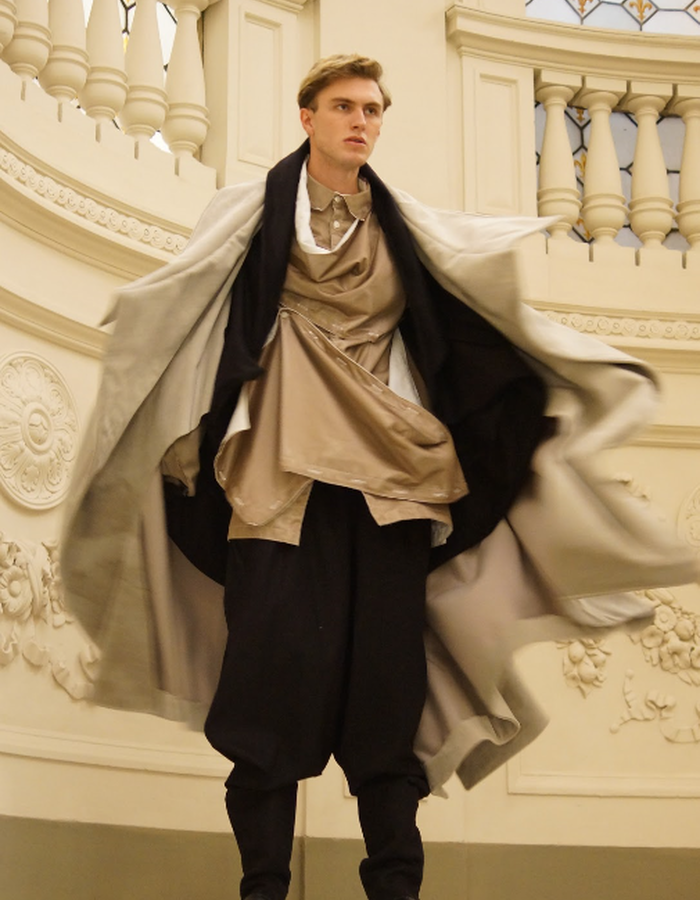 This collection was heavily influenced by men’s clothing in the late 16th century, the likes of which were worn by Alessandro Farnese, Duke of Parma, Piacenza and Castro, from 1586 to 1592. The goal was to emphasize on transformation and fusion – from the simplest of methods like connecting coats and pants together or making reversible jackets, to the more challenging ones like making two jackets into one and garments that can be worn upside down.