Roni Bar is a brand that evolved over time to establish itself as an artistic, fashion- oriented designer.

Over the last years, Roni has evolved into a multidisciplinary designer figure/semi artist, mixing different type of media to promote her style and art.

Roni plays on a thin line between reality and imagination, between awareness and awakening (or the opposite), conscious and consciousness twilight, transforming the surreal Israeli reality into a state of a dream.

In this space we can dream, imagine, create, think, absorb, feel and think.

Graduated the Ascola school of design in 1999.

The brand Roni Bar was established in 2000, and brought with it a new state of mind to

fashion scene in Tel Aviv, emphasising modernity and the individual .

A casual and highly wearable style, but with a strong emphasis on contemporary individualism. We make clothes that are mostly unisex.

An approach that is androgynous and minimalist, yet always playfully experimental with shape, volume and proportion.

born on a Kibbutz and a fierce Tel-Avivian, Roni Bar forever gives an always changing and very urban interpretation to her past and present, that is uniquely her own.

in a social community, and the conflict of being seen and unseen in vibrant city living

Her motto is "wear your self”. 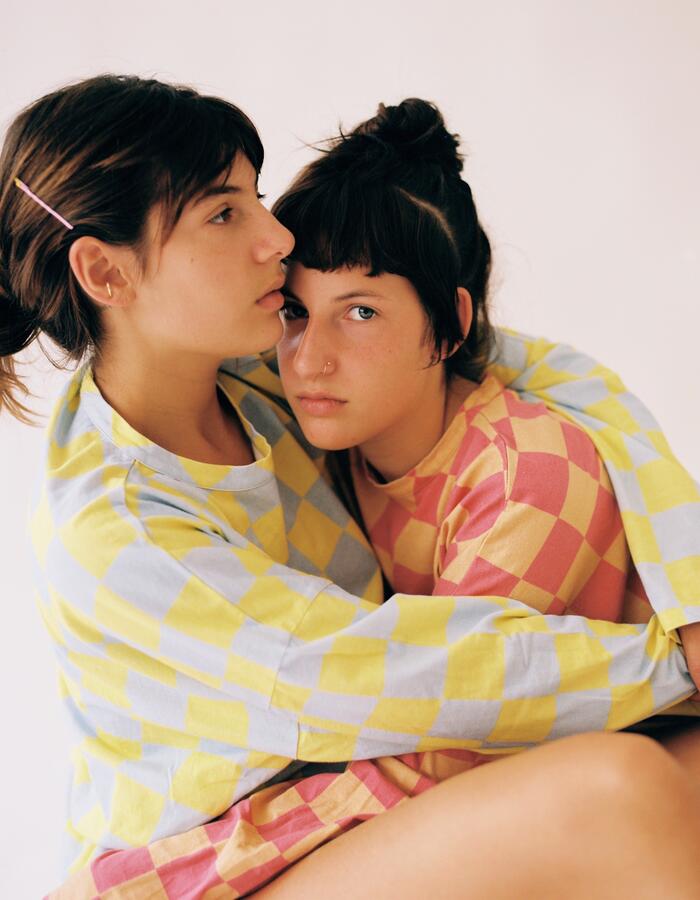 when your prime minster calls on ANARCHIST protesters