Reece Curtis-Walwyn is a young designer from London who graduated from Ravensbourne College of Design and Communication, with a BA Fashion Hons degree. She has won awards such as Lewisham and Deptford sewing machine award, Young designer to watch (2013) , Winner of Own Label Graduate Fashion (2013) competition and featured on Alternative Fashion Week (2014) .

These awards allowed her to progress in her career to then feature in newspapers such as The Daily Express, The Mercury, The Beaver newspapers, Bricks Magazines British Vogue and many more.

Reece has been lucky enough to dress Jenni Steele at BAFTA nominations , Film premier ‘Home Again and wardrobe for British film Untamed (2015) . Which lead to showcasing at Houses of Parliament , London Fashion Week 2015 and her first A/W15 collaboration collection with London Ethnic.

She has worked for the likes of Bunmi Koko, Belle & Bunty, The House of Booshie and Nylander Couture. As well as working for Debenhams across brands such as Red Herring, Henry Holland and Julien Macdonald.

Reece Curtis-Walwyn launched her clothing label RCW early this August 2015 and is one of Princes Trust Supported business. The journey she has taken has encouraged her to showcase her talent and create Womenswear clothing focusing on creating distinctive tailored inspired clothing, through colour balance. Combining two or more colours in one item of clothing highlighting empowered feminine styles for professionals. My brand offers fashion garments all year round with strong detail united with hand made craftsmanship from a London British brand.

RCW is a regular designer having had their designs featured in British Vogue Magazine four times, including designs from Elizabeth Red and Elizabeth red T-shirt Range. 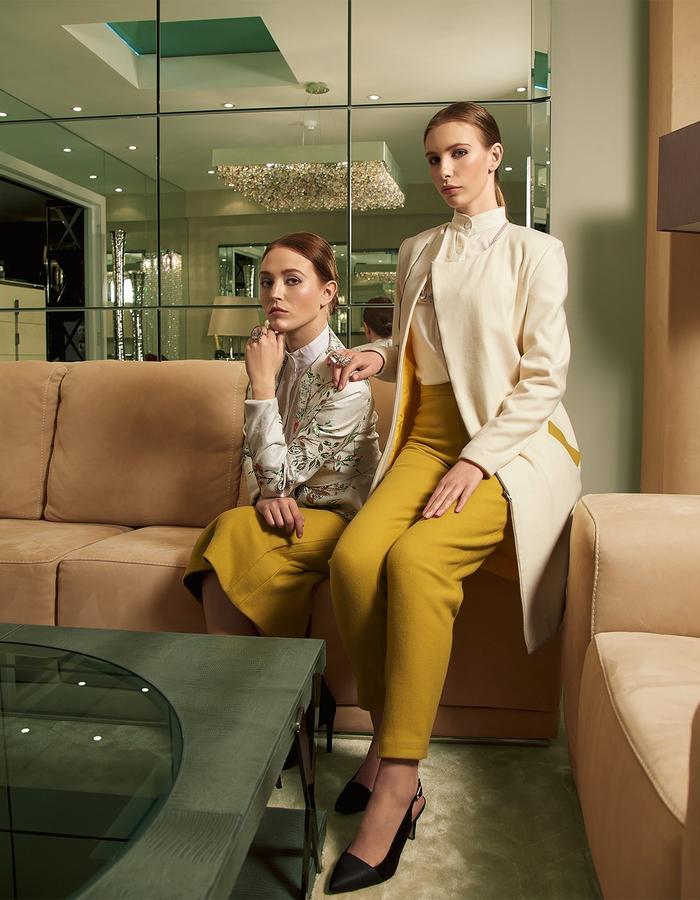 The inspiration was taken from the phrase ‘Eyes Wide Shut’ . Which had drawn my attention to situations, which we turn a blind eye to. These begin with everyday life experiences and social environment. Everyday we take existence circumstances for granted when people are hoping for another day to live. While discovering the methods and theory behind Nuns and understand the traditional garments complemented by minimal colours and unnoticeable shapes. The tones of colours such as yellow,turquoise blue, mustard, pink and whites will be used instead of black, white and grey, to give a vibrant setting and feel to the collection. All sources will be combine to create a Womenswear range with modern minimalist structured, with attention to detail.