Raisa Kok graduated in June 2017 as a fashion designer at ArtEZ Institute of the Arts in Arnhem, Netherlands. Her fascination for fashion started with the love of fashion magazines from an early age. She was especially fascinated by the garments and fashion editorials. For a better understanding of fashion she chose the study Fashion&Design in Arnhem. During her four years of studying fashion she discovered her love for textiles, embroidery and decorations.

Raisa was nominated for two awards with her graduation collection. In June 2017 her collection was shown during Milan Menswear Fashion Week 2018 for the Mittelmoda Fashion award.
In september Raisa showed her collection during the International Youth Design Competition in Beijing, China organised by the Beijing Institute of Fashion Technology. In Beijing Raisa was awarded as Outstanding Winner of the competition. 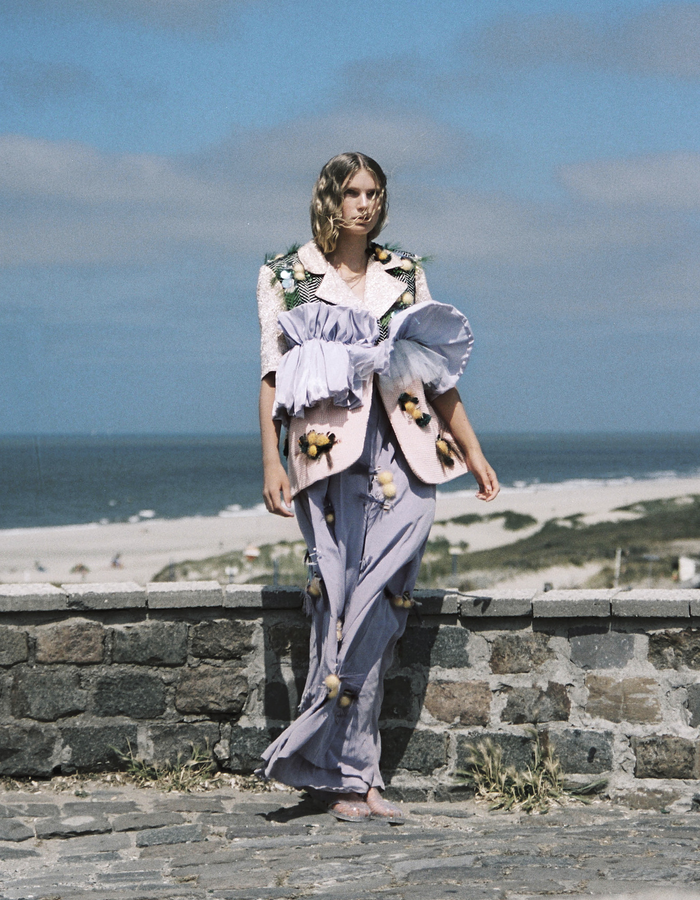