Marcin Podsiadlo (born 1989) started his fashion adventure from fashion course at University For The Creative Arts. Despite relatively short career, he managed to make his catwalk debut at Off Fashion competition which he won, and soon after show his first full collection titled 'urban collage'. Except the collection under his own name, the designer has another line of clothes called 'less is more', which is both its name and manifesto. Its character is displayed in unconventional use of clothes, its parts, as well as in giving them, new uncommon meaning by adding new fabrics. The clothes are to be functional first of all, but also to encourage wearers to some kind of creativity in finding new, interesting ways of wearing them. 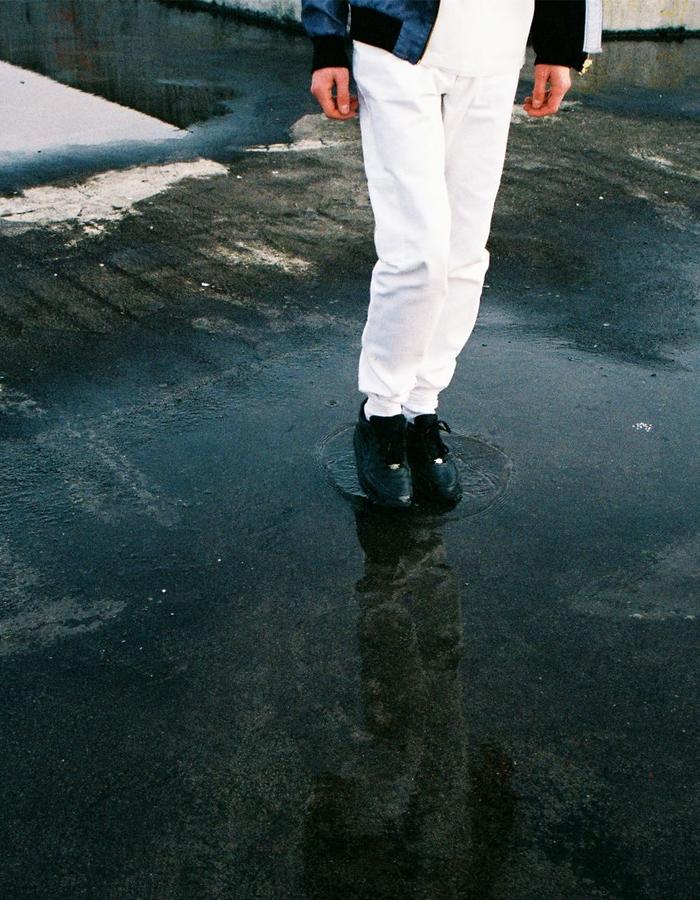