Peter Movrin is known for his impressive unisex pieces with massive silhouettes. His work has won numerous prizes and was part of exhibitions such as the MoBa Biennale, where his graduation collection Franz Madonna was shown next to Jean Paul Gaultier, Maison Martin Margiela and Prada. Lady Gaga has been spotted wearing several of his creations.

Movrin's main inspiration has always been his childhood, where tradition, God and meat were the subject of everyday life. As an only son of a butcher in a small Slovenian town, surrounded by woods and bears, his growing up marked him with a roughness that he transcends in his designs with a special kind of romanticism. In this hard provincial life meat became his medium of expression, as a child he would carve steaks in a way that would appeal to his bewildered eye. There were, however, also fresh issues of Vogue magazines in the house, brought from trips to Trieste, that stirred up his imagination.

Because he wanted to understand garments in-depth he first studied fashion textile, but was soon drawn to designing. He designs with meticulous attention to detail and longing for newness. Leather and wool are still his favourite materials. To get the effect of surprise he juxtaposes these two traditional materials with others, perhaps not typically associated with the textile industry. An important part of his design process is treating natural and synthetic fabrics with various methods, using heat, chemicals or other techniques, thus combining innovation and tradition.

Peter Movrin's ambition is not to create clothes but rather adornments for body. The thinking process behind each of his multi-functioning designs is understanding garments as something very dear and precious, as something that is meant to last, like a great piece of jewellery. He is tremendously passionate about craftsmanship, couture and handmade details, believing this is the one real advantage of young independent designers. To get to that level of craftsmanship all of Peter Movrin clothes are made in Europe.

Movrin is studying at Central Saint Martins MA Womenswear. Collections are made in Italy and the United Kingdom. 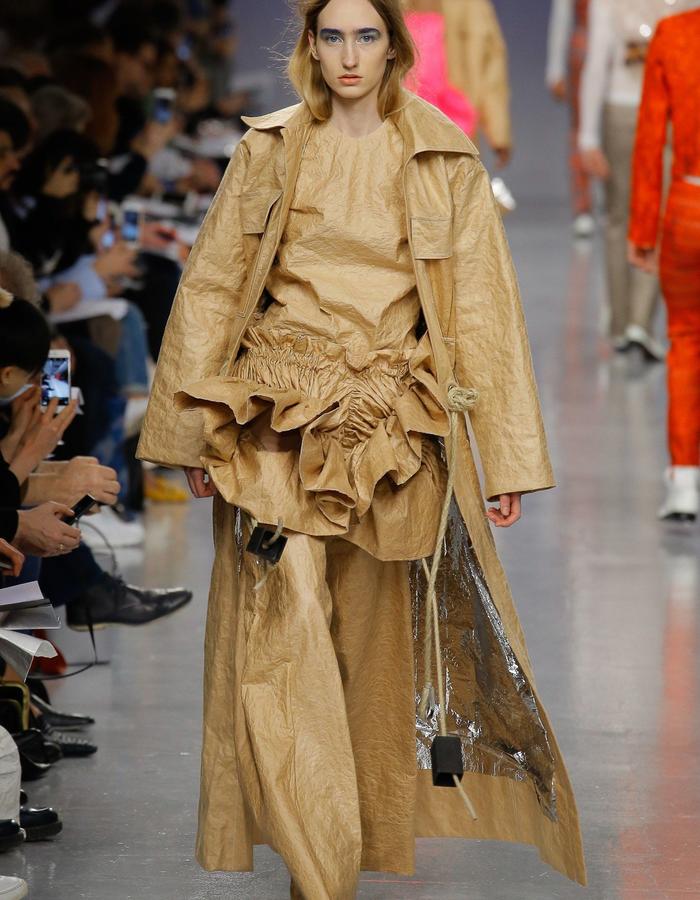